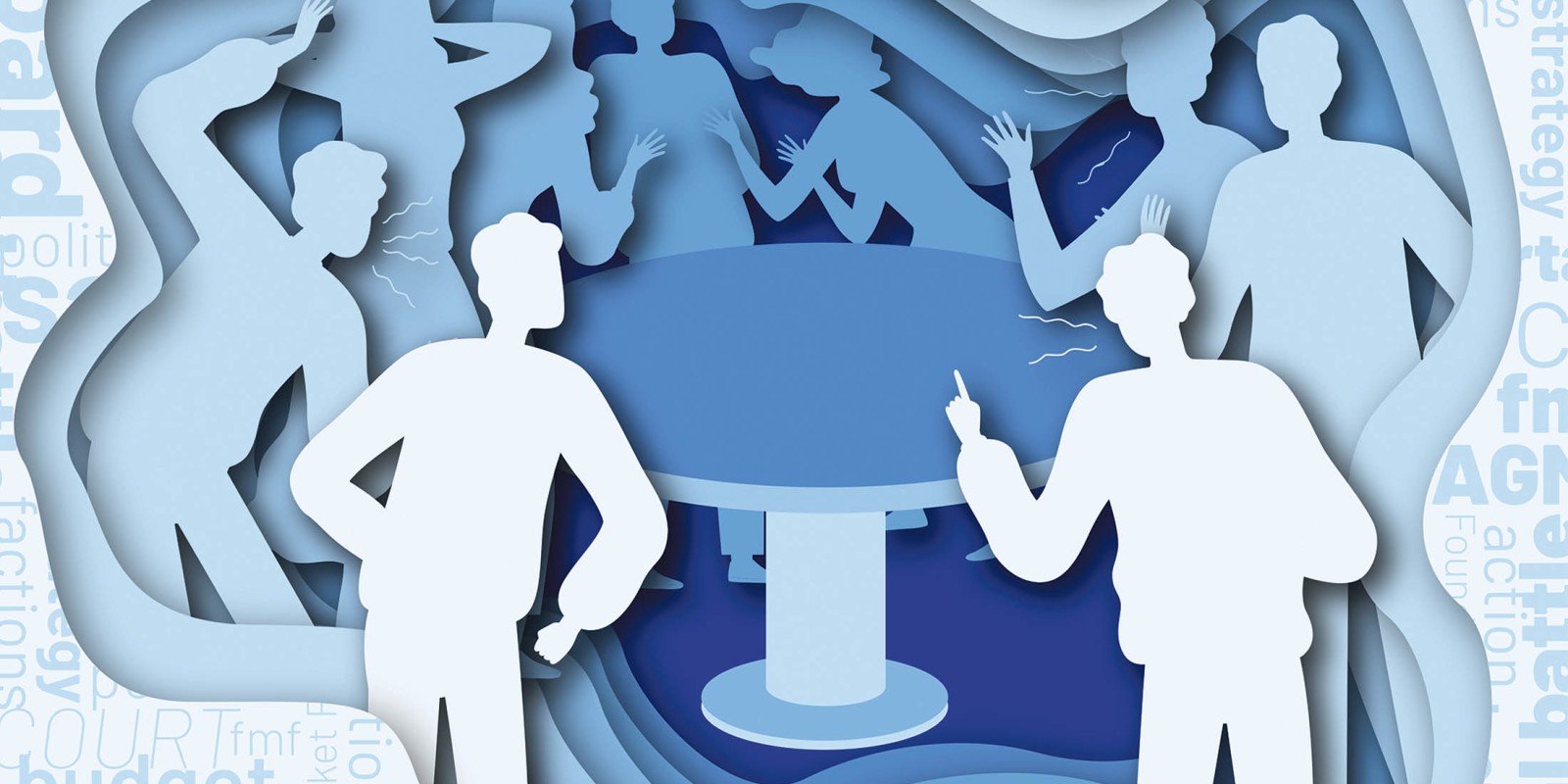 The Free Market Foundation has dismissed charges that it has mismanaged the contributions of donors and that its board was unconstitutionally elected, in a precursor to a legal fight that threatens to split the organisation.

It’s the kind of dispute that any NGO would bend over backwards to avoid: long-standing members at loggerheads, a looming legal battle, allegations of the mismanagement of donor funds — all on top of fundamental differences about the direction of the organisation.

At a media conference on Wednesday, FMF chair Rex van Schalkwyk said it was “entirely false” that the organisation has become a “right-wing echo chamber”. He said the organisation was committed to continuing its decades-long advocacy work for economic freedom, personal liberties and an open, transparent South African society.

Behind this action lies a convoluted dispute, but the central issue appears to be whether the FMF should “confront” government and socialist-orientated political parties, or try to work with government where it can, in order to make specific policy changes.

The latter approach has long been that of the FMF, supported by the founder of the organisation and its central figure, Leon Louw.

To complicate matters, one of the FMF’s most popular programmes, Khaya Lam, was given a huge donation — at least by the FMF’s standards — two years ago by Remgro and Richemont chairman Johann Rupert. The R50-million donation transformed the FMF from a perennially struggling, underfunded NGO into a financially viable and functional organisation.

The Khaya Lam project seeks to provide township dwellers with title to homes they have lived in for decades, and fits with the FMF’s notions of activating “dead equity”. The programme appears to have at least some support across the political spectrum.

At its media conference, finance committee member and former chair Ayanda Khumalo said accusations of financial mismanagement at the Free Market Foundation are defamatory and absolutely without merit.

A recent forensic audit (initiated by a donor) found such allegations to be baseless.

“In fact,” Khumalo said, “the donor who commissioned the audit donated a further R8-million to the Free Market Foundation on the back of that audit report.”

He did, however, acknowledge that some of the expenses of the FMF itself were borne by the Khaya Lam project, without specifying the precise amounts. About 30% of the FMF’s overheads were carried by Khaya Lam, in line with the work the FMF itself was doing on the project.

Van Schalkwyk, a retired judge, said the court action, apart from the issues claimed, suffered from a fatal flaw, which is that it was simply brought too late — almost a year after the disputed AGM.

The board’s critics did not immediately respond to the claims made at the media conference. A court date has not yet been set. BM/DM