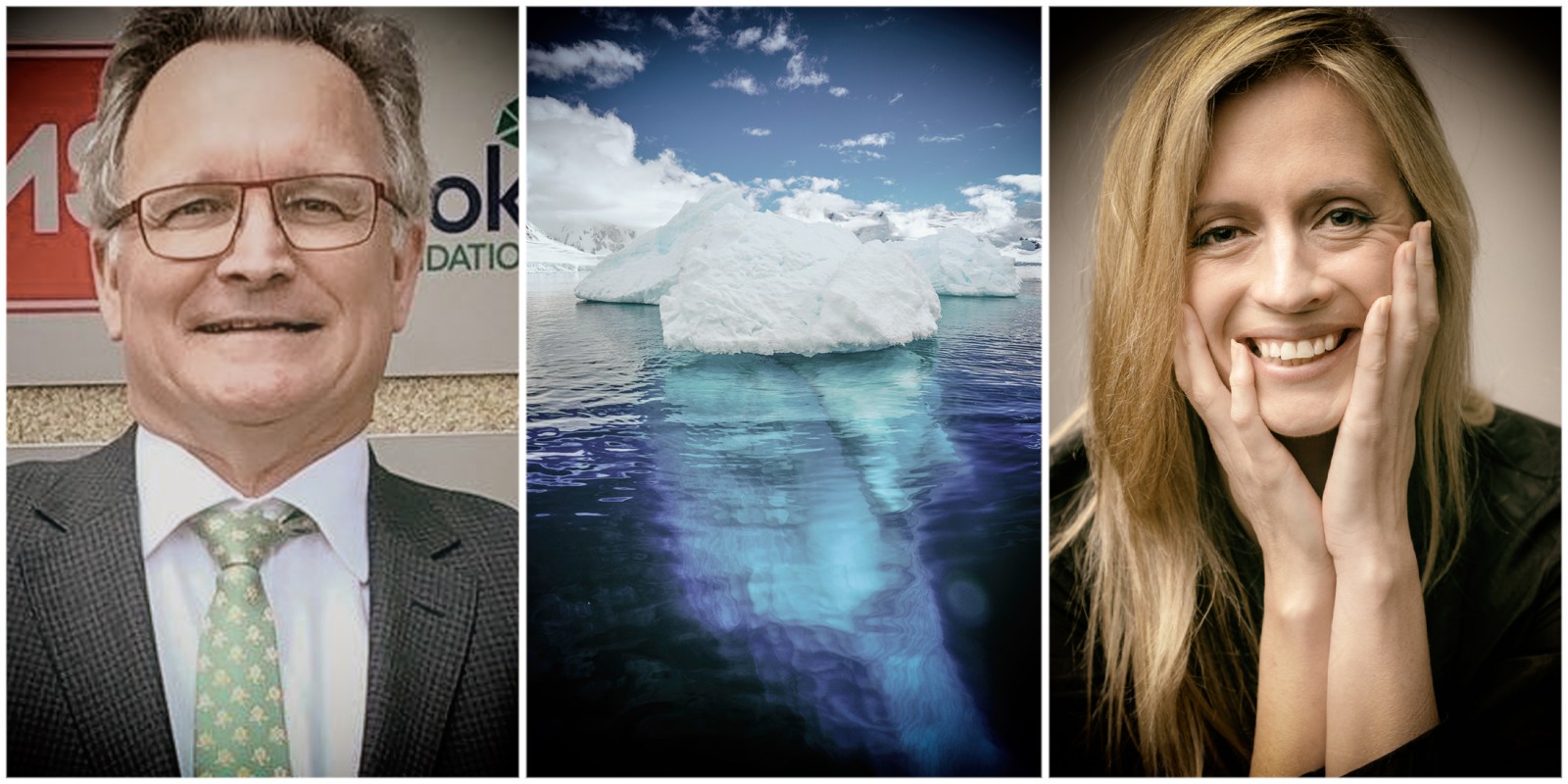 ‘I would have thought that South Africa has a kind of continental responsibility to speak up for Africa...You are a major state. And people pay attention to what South Africa says. So say something.’

Hemmings, together with Daily Maverick’s investigative science writer Tiara Walters, was talking about South Africa’s responsibility to address Russia’s large-scale combing of the Southern Ocean for oil and gas, of which Cape Town is a key logistics port to search for oil fields in the Antarctic.

This conversation came about after Walters released the findings of a two-part investigation in late October. Part one looks into Russia’s bold claims that some 500 billion barrels of oil and gas lie beneath Antarctica’s waters.

“Those claims were staggering,” Walters said in the webinar, “larger than any country’s proved reserves anywhere in the world.

“And it seemed bizarre to us that apparent commercial prospecting would be taking place in the Antarctic, despite a well-known mining ban, so we investigated — and that’s how we came to release the first detailed public record in English, showing Russia had combed the Southern Ocean for oil and gas on an alarming scale after Antarctica’s mining ban formally entered into force in 1998. And all this time, we also revealed Russia had been doing so via Cape Town, an Antarctic aerial and shipping gateway city.”

Part two of the investigation shone a spotlight on the 54-state Antarctic Treaty — an international agreement supposedly meant to govern the Antarctic based on the noble ideals of peace and science. “And yet,” Walters pointed out, “here we highlighted the contradictions behind this treaty that churns out top climate science, while also letting the rich and powerful probe the Southern Ocean for fossil fuels.”

Walters told Hemmings, “as you so powerfully put it…the very system encouraging us to get off our hydrocarbon habit is, in fact, also encouraging it.”

Hemmings reflected: “The take-home message is perhaps the irony that here we are less than a week out from the Glasgow climate conference. We know we have to get ourselves off the hydrocarbon habit, globally, and yet we are discussing the fact that we do not seem to have properly closed the door on the idea that we might extract hydrocarbons — oil and gas — from the last untouched part of our planet, the Antarctic.”

Hemmings co-authored the Handbook on the Politics of Antarctica, was commander of the British Antarctic Survey station during the 1982 Falklands War and took part in dozens of treaty meetings. South Africa, specifically, could play a big role in stopping the buck, he said.

Firstly, South Africa is one of the nations that provide a gateway to the Antarctic, along with Argentina, Chile, Australia and New Zealand.

However, South Africa has potentially the most attractive gateway to the Russians, meaning we would have a bigger responsibility.

“Cape Town is an important gateway because you are on essentially the same time zone as much of western Europe and the Russians,” Hemmings explained. “It is certainly one factor, which makes Cape Town attractive for the Antarctic tourism industry, and for a whole load of programmes operating into the Antarctic.”

Additionally, South Africa is — as a so-called consultative party — the only decision-making state in Africa under the 1959 Antarctic Treaty, and under the Madrid Protocol.

Hemmings argued that South Africa was also well-placed to assert itself as a gateway nation as it was not a territorial claimant in the Antarctic.

As other nations potentially claimed parts of the region, he noted, it was always possible that such territorial claims would indicate vested interests.

“This is a charge that cannot be levelled against South Africa. So I think that is a tremendous moral advantage, which other of our gateway countries do not have,” Hemmings said.

Another reason, the governance expert argued, was South Africa’s relationship with Russia.

“South Africa is in the BRICS group of countries,” he said. “I think that we have to hope that South Africa’s government has the confidence and the weight to speak up. Perhaps it does not need to shout from the rooftops initially, but diplomacy is about the art of pursuing the possible on a bilateral basis as well as international agreement.

“So I would have thought — and this is presumptuous of somebody coming from another part of the world — that South Africa has a kind of continental responsibility to speak up for Africa, and perhaps to facilitate a few other African countries becoming parties to the Antarctic Treaty,” Hemmings said.

“You are a major state. And people pay attention to what South Africa says. So say something.” DM