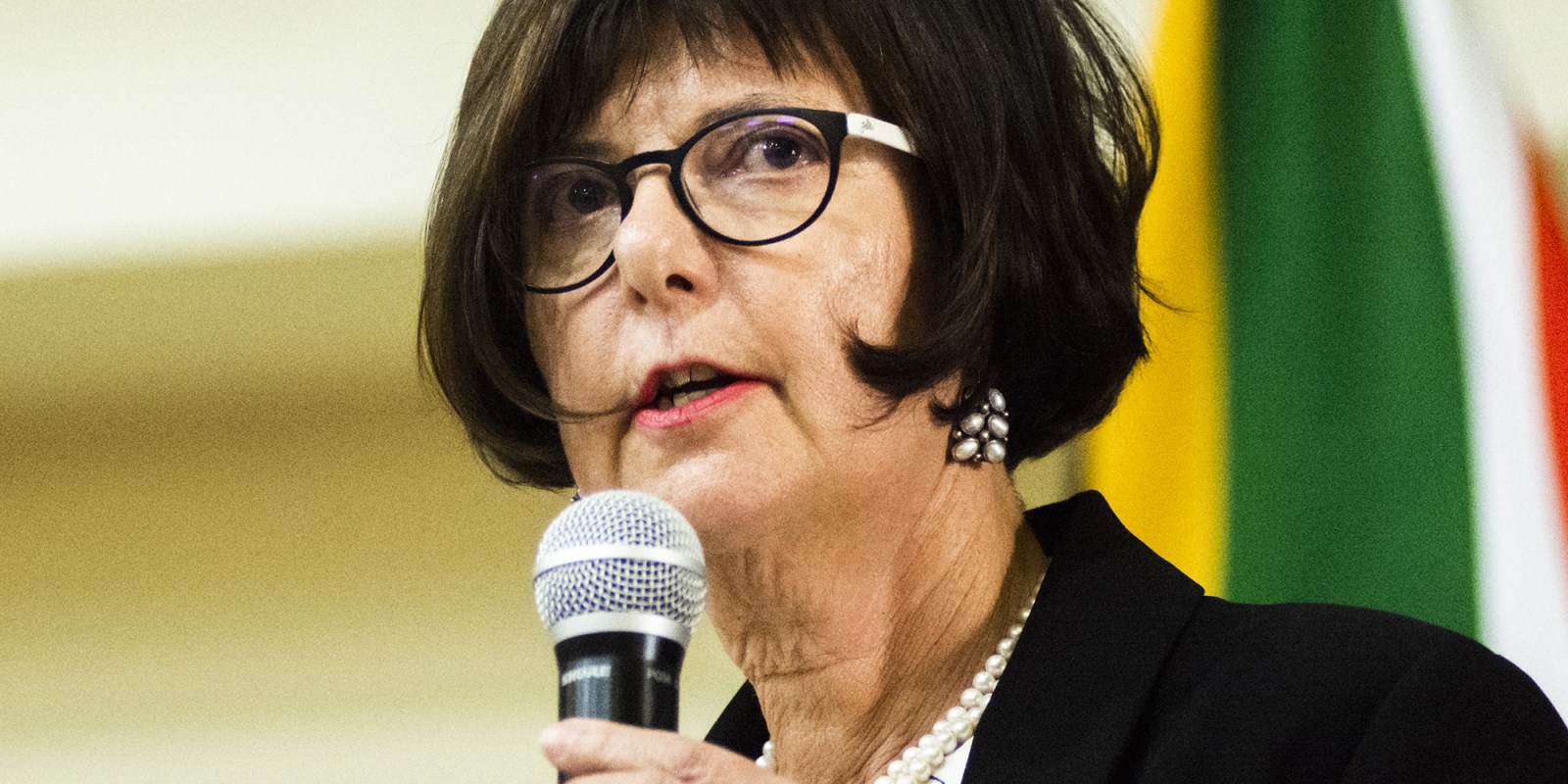 Minister of Forestry, Fisheries and the Environment Barbara Creecy has called on developed countries to do more to help developing nations fight the effects of climate change.

South Africa’s transition to cleaner energy needs to be done in a manner and pace determined by the country’s national sovereign interests and availability of resources, says Minister of Forestry, Fisheries and the Environment Barbara Creecy.

Creecy was speaking at a media briefing on the outcomes of the global climate change talks in Glasgow (COP26) at the Imbizo Media Centre in Parliament on Tuesday.

Creecy said SA couldn’t sign up for a transition for which it might not have adequate financial support to undertake.

“There has been an offer made at the sidelines of COP26 to support South Africa’s transitions… while we think that was a good first step in a context of what is required for South Africa to transition, it is a very small first step.

“I think it is important that developing countries should maintain the formal regional principle which is in the Paris Agreement, that is the Common but Differentiated Responsibilities (CBDR), which talks about the position of who is responsible for strategy, carbon emissions, national circumstances and capacities,” she said.

Creecy said the climate crisis was not caused by current emissions, but was “the accumulation of carbon gas emissions over the last two centuries of industrialisation”.

She said this raised the issues of climate justice and climate equity.

She said that “… there cannot be climate justice if these circumstances are not recognised and if there is no proper support forthcoming from developed countries — whose development has benefited from carbon gas emissions — to developing countries that are now facing the devastating impacts of climate change”.

Creecy said the issue of climate justice was fundamental to the view of the African group that there needed to be adequate support to deal with the consequences of climate change, and also to cope with the transition that might be necessary on the continent.

“There is an estimation that countries in the region need over $4-trillion over the next 15 years to achieve these transitions,” she said.

Creecy said Africa had a major issue of energy poverty, which provided an opportunity for the continent to invest in green technology.

“There are opportunities around hydropower and green solar, but the issue is whether these investments can be secured at a pace that is affordable for the country’s concerns, and also at a pace that leads to their development needs.

“The great concern about the continent as a whole is that it is heavily indebted. The interest around African countries is to secure grant financing and concessional financing so that the transition does not further contribute to indebtedness of African countries,” said Creecy.

She said all countries needed to contribute to reducing greenhouse gas emissions.

“What is difficult for all of us is to be in a situation where you are told to do things, but the countries that are giving you instructions are doing nothing,” Creecy said.

“We also need to understand who is primarily responsible for this carbon and who must make the greater sacrifice? Who must pay for the consequences of climate change that developing countries are facing?”

She said much needed to be done to educate people about climate change in South Africa.

“People are complaining about the heatwave in Gauteng… What will follow the heatwave will be storms and flooding. It is important for people to understand that weather patterns are not going to normalise,” she said.

Creecy said the government had developed a long-term emission development strategy where they identified vulnerable sectors of the economy which included the transport, mining, tourism, agricultural and manufacturing sectors.

“Part of what we are researching are low emission development pathways for these sectors. This is part of the responsibility of the climate commission to bring together the climate sector, organised labour, government and civil society to research these low emissions development pathways to assist them to design the best transition mechanism where there is a possibility of achieving financing and also reskilling and upskilling of workers,” she said.

“There has been work done in Eskom’s low emission development work. We have looked at those power stations to review them in terms of the Integrated Resource Plan for decommissioning. We have plans to do socioeconomic studies in the affected towns as to what implications the decommissioning of these ageing power stations will have on those communities,” she said.

Creecy said there needed to be support between upstream and downstream industries so that existing jobs were saved, while new jobs and new economic opportunities were created in those communities.

Creecy said a key issue was the question of how climate change would affect SA’s fishing industry.

“Fishing… accounts for about 28,000 formal jobs… and it also involves more than 10,000 small-scale fishing people. We know our fishing stocks are severely impacted by climate change. For example, our sardines and other fish migration patterns have changed. We don’t know why, but we understand that it is probably as a result of the impact of climate change and circulation of warm and cold currents in the ocean,” she said.

Creecy said COP26 set the international community on the right track to addressing the existential challenges of climate change.

“For the first time, the Governing Bodies of the Convention and Paris Agreement have agreed to the importance of supporting developing countries in financing Just Transition elements of their climate actions, and to support the implementation of Just Transitions that promote sustainable development and the eradication of poverty, the creation of decent work and quality jobs,” she said.

Creecy said a platform had been set up to address both the Just Transition and alignment of financial flows, consistent with a pathway towards a low greenhouse gas emission future and climate-resilient development.

“This should assist in directing finances towards the achievement of climate imperatives, without compromising the other sustainable development imperatives of developing countries.

“An additional $300-million has been pledged by developed countries for the Least Developed Country Fund and $450-million towards the Adaptation Fund. Dedicated climate finance to the Global Environment Facility will be increased,” she said. DM/OBP