After the ICE age: Toyota launches Corolla Cross in the wake of the demise of the internal combustion engine 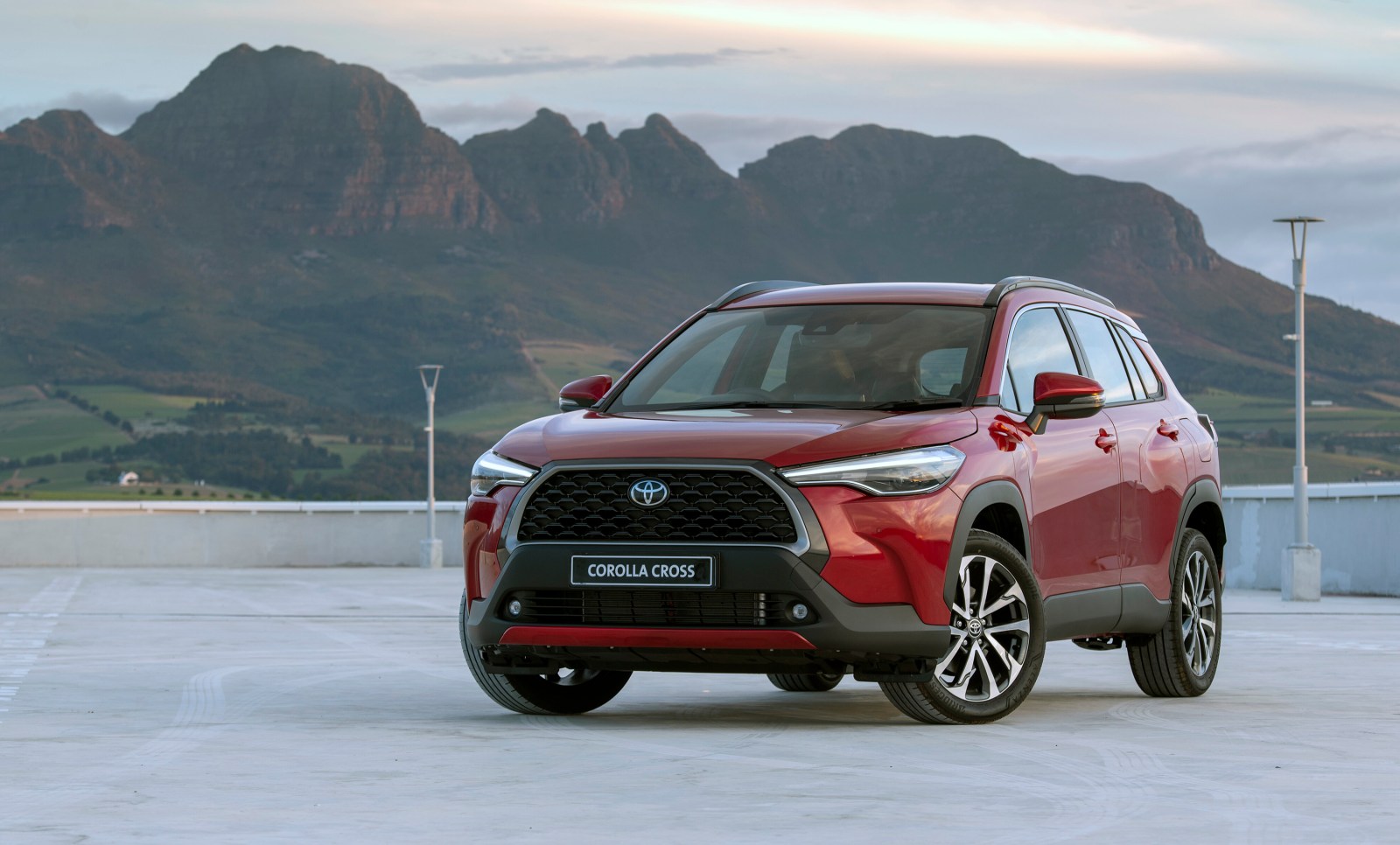 As my dad used to say, mark my words. On Wednesday, 10 November, everything in the motor industry changed.

Quite how is being kept close to the chests of those who know, but if you follow the chatter, certain things are clear. Wednesday was Transport Day at COP26 and for the first time at the environment-focused conference there is a ministerial-level transport meeting. British Prime Minister Boris Johnson, this year’s host, said last month that the meeting would focus on “coal, cars, cash and trees”.

Anyone watching the news lately will have seen that the “coal” part has already had a hugely positive impact in SA. It might seem hard to believe, but it appears that the rich world is willing to finance the early decommissioning (among others) of Medupi – the world’s biggest dry-cooled power station.

It is worth remembering that Medupi was built with World Bank development finance and, given the spectacular looting spree that raged around its construction, depressingly little accountability when it came to meeting the terms of the loans. Now South Africa will potentially receive funds to take it offline and replace its generation capacity with renewables before it has ever really worked properly. I hope its cooling towers are preserved as a monument to regressive international finance and the ANC’s eye-watering capacity for theft.

And so on Wednesday it was the turn of cars, and we got commitments and outcomes that are just as consequential.

To some extent cars and vans represent the low-hanging fruit of decarbonising road transport, which makes up 21% of global CO₂ emissions. In the wealthy world, that’s because the technology to replace internal combustion (battery-electric cars and hydrogen fuel cells) is available and has already matched or improved on the total cost of ownership of an equivalent internal combustion car.

The UK, as COP26 host, has asked countries, cities, regions, car companies, fleet managers and corporates to sign up to a document committing themselves to replacing sales of internal combustion engines (ICEs) with zero-emissions vehicles by 2035. That document, and its signatories, will be released on Wednesday.

In all of my interactions on this topic, it’s clear to me that we’re in for a big shock. Giant international original equipment manufacturers (OEMs), countries, cities and fleet managers will sign the document. I honestly believe that when we look back from the future, this will be the day that the death warrant of the ICE was signed.

That’s not to say there won’t be an almighty row about this. Some car companies are not ready and will push for an extended allowance for plug-in hybrids and synthetic fuels while they try to catch up their production planning. Many will ask – with perfect reason – what about the Global South? What about us in SA? Surely we will still be driving petrol and diesel cars in 15 years’ time?

As much as with coal, this will depend on how much the rich world wants the poorer world to get out of our internal combustion cars, bikes and three-wheelers. I think we can expect announcements to that effect too.

In the meantime, companies such as Toyota will roll out interim technologies, specifically hybrid cars. Last week the company launched the Corolla Cross. Built in Durban and available as a hybrid, the Corolla Cross hit the market right in the bull’s-eye: it’s a crossover SUV, it’s a Toyota, it’s likely to be very fuel-efficient in an era of R20/l petrol, and it’s in that pricing/financing sweet spot for the family motoring middle class of R350,000 to R450,000. I genuinely don’t know if they’re going to be able to build them fast enough. Of course, hybrid tech isn’t new by any means, but despite its well-proven ability to sip fuel, South Africans have not learnt to trust the technology. Recent moves by the company to roll out the technology on a greater scale have seen the hybrid models become cheaper.

In the case of the Corolla Cross, however, what you get is a much higher-spec car in addition to the savings on fuel. Imagining a 20,000km year at R20/l and loosely agreeing that you’ll use 10l/100km in real life in the standard car, and halve that in the hybrid (a likely outcome), you’ll halve your annual R40,000 fuel bill, or about R3,400 a month. That makes the R25,000 price difference between the XR model and the hybrid seem inconsequential. The hybrid is a no-brainer.

My confidence in the ability of Toyota’s hybrid technology to work in more ordinary cars – as opposed to the Prius, whence it came – is after having spent a few days in the hybrid version of the new RAV4.

In Toyota’s carefully curated SUV offering the RAV takes over neatly at the top of the Corolla Cross range at R490,000, stretching to R680,000 for the 2.5-litre 4×4 model. Smack in the middle of this sits the new hybrid offering at R555,000. In Cape Town’s once-legendary and now-resurgent urban logjam, where I would not normally expect to do much better than 12l/100km or 15l/100km in a petrol-powered SUV, in the hybrid RAV I was halving this, to around 6.5l/100km. The moment I had any open road whatsoever, I would see this figure plunge to scarcely believable consumption figures around 5l/100km, and all in a powerful and comfortable SUV. Toyota won’t quote the petrol/electric combined output of the hybrid, but this is likely because it outguns the range-topping car’s 152KW. The boffins at cars.co.za reckon it’ll manage 160KW, which is pretty sprightly, and electric power off the line is always great for the urban 0-30km/h robot-to-robot dash.

Unless you actually need a 4×4 (clue: you don’t), the front-wheel-drive hybrid RAV is the cheapest to run and the most powerful in the range (and the least polluting). Once again, a no-brainer.

Hybrid tech helps Toyota really resolve the local SUV offering. I can’t think of a brand that’s getting it quite so right. But questions remain over Toyota’s future; the company is invested in hybrids, and it is unlikely to be one of the OEMs signing up for the ICE-free future on Wednesday. It is notably behind Volkswagen in electric vehicle development. That speaks to Toyota’s broader problems in a world set on killing off internal combustion, hybrid or no hybrid. How the Japanese giant responds will be fascinating to watch, because we in Africa will feel it first-hand. DM168