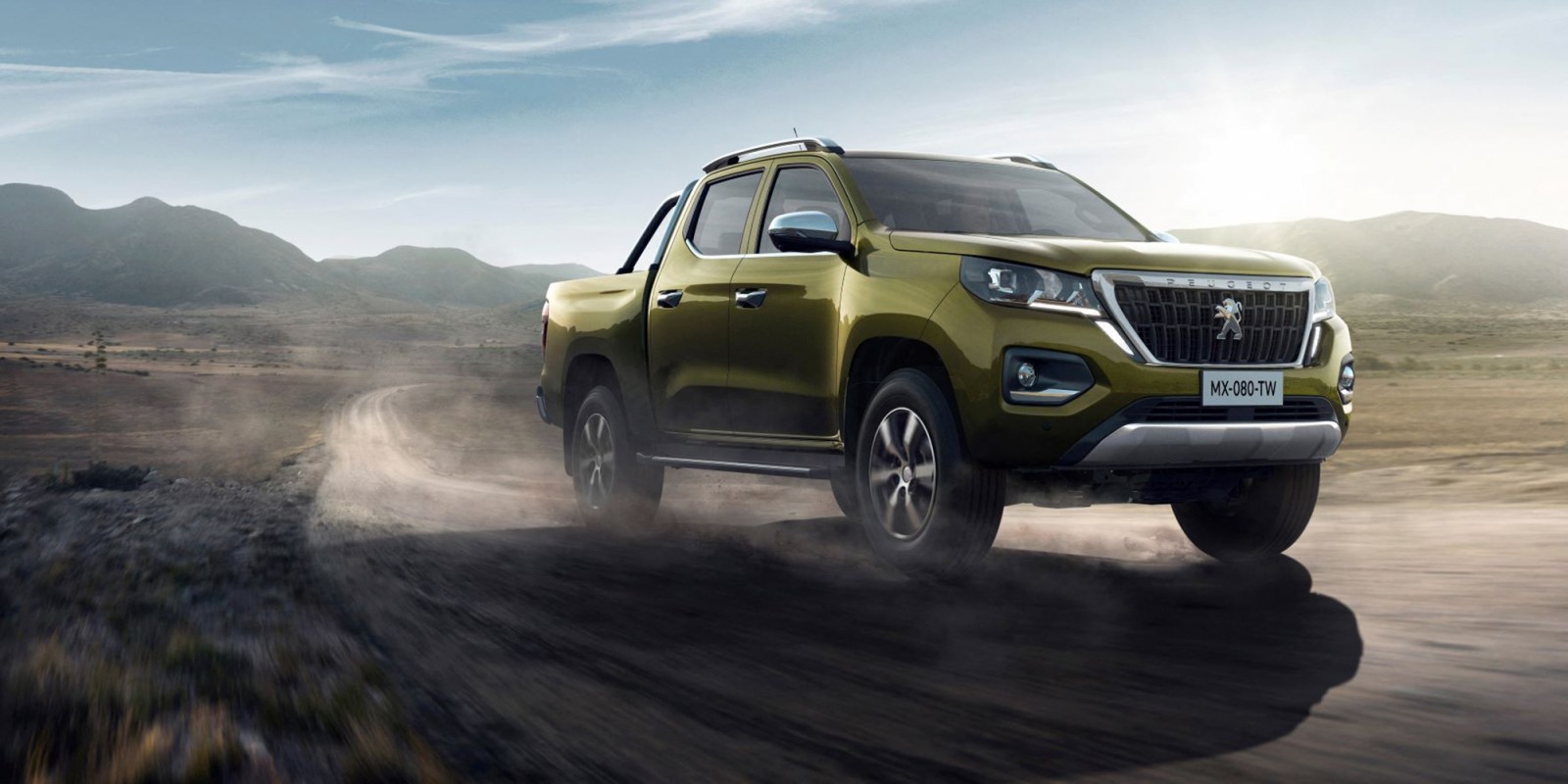 Ever tried to tug a Hilux from its owner? Peugeot SA is hoping to do just that with the recent launch of the Landtrek, heralding the French manufacturer’s return to the local bakkie market.

We’re grinding bumper to bumper on a load-shedded Witkoppen Road in Joburg last week in the just-launched Peugeot Landtrek bakkie. Cars are snailing at a record slow pace. We have a plane to catch in a couple of hours. It’s been a blacked-out kind of a week. I’ve just about had it with these f*****g power outages which caused us to be stuck for two hours on a stationary Gautrain the day before as we flew into OR Tambo — due to “generator problems”.

There’s a pile-up for kilometres. The cacophony of hooting grinds at my nerves. In the morass of metal congestion, an Uber driver in a Corolla gestures at me to turn down my window. I’m not in the mood. I sigh and comply.

“What is this?” He animatedly points at my elegant olive-green French bakkie. He doesn’t wait for an explanation.

“Peugeot! We used to have one in Nigeria! This is the new one?”

Indeed, I am to discover that there was a time when the French brand that has been around for more than two centuries had a huge pick-up or bakkie footprint on the African continent. There was the Peugeot 403 Camionnette-Bâchée of 1956 and the Peugeot 404 Camionnette-Bâchée of 1967. In Nigeria, Peugeots were manufactured between 1972 and 2006 in a joint venture between the Nigerian government and Peugeot.

Over the next three decades, the assembly plant would produce an average of 60,000 units annually. The Peugeot 504 pick-up, with its rugged off-road appeal, was particularly popular in Francophone West Africa.

In South Africa, the last Peugeot bakkie available on local soil was the 404 pick-up in the late 1970s. In the 1960s, the diesel 403 was popular among farmers.

Over time the French brand drifted away from investing in this segment with the rise of development costs and being swept off the board by competitors like Toyota and Ford.

In 2017, Peugeot relaunched into the North African bakkie market with the all-new Peugeot Pick-Up, in partnership with the Dongfeng Motor Corporation, a huge Chinese state-owned manufacturing company, based in Wuhan. Yes. That Wuhan. Dongfeng had snapped up a 13% stake in Peugeot back in 2014 and so the partnership made corporate sense.

Widely touted as a Dongfeng Rich Ute (the pick-up that Dongfeng had been producing for the Chinese market), the Chinese bakkie was simply given a new grille and a tailgate emblazoned with the lion branding. Hello Peugeot Pick-Up.

Then things started getting wobbly between the French and Chinese partnership. After posting less than impressive profits and being forced to embark on a massive downsizing drive, Peugeot renegotiated a deal with Changan Automobile, another Chinese state-owned motoring company to co-develop the Landtrek, (the one I was driving on William Nicol).

The big question on all our lips at its recent launch — yet another bakkie coming into the SA market — was: how is Peugeot going to convince a Hilux or Ranger boetie to hop across the divide and go French?

The bakkie market is brutal when it comes to loyalty. It’s a well-known fact that trying to lure a Hilux oke from his Toyota usually entails an undercover lobotomy on the driver. Same goes with Ford Ranger diehards.

Look what happened to the snazzy overpriced Mercedes X-Class when it tried to make inroads locally. Mocked as a “Navara with mascara”, poor sales stopped the Merc in its tracks, and less than three years after its uber-expensive global debut it was put to petrol pastures in 2020.

Peugeot SA, under its parent company, Stellantis, strongly believes their one-tonne double cab stands a fair chance of finding enough new owners for it to double its overall local market share. They hope to sell between 100-150 units a month. For some perspective, in an average month, Toyota sells between 3,000 to 4,000 Hiluxes. But 150 bakkies are still 150 bakkies.

Similar in power and torque to its major competitors, the Landtrek is powered by a 1.9-litre turbodiesel four-cylinder engine, producing 110kW and 350Nm. It’s available in two derivatives: the Allure 4×2 and 4Action 4×4, both mated to a six-speed automatic transmission.

Peugeot has not held back when it comes to speccing up its new steed with high levels of features and comfort. For example the “entry level” Allure 4×2 model comes standard with items including a combo of cloth/leather seats, a 10-inch touchscreen infotainment system, dual-zone climate control, automatic lights and wipers, cruise control, hill descent control, hill-start assist plus a rearview parking camera. On the safety front, there’s ABS, ESC as well as six airbags.

While I thought the exterior of the Landtrek with its large chrome-framed grille and prominent lion badge was tres chic (even if it’s a Changan K70 with a Peugeot badge), the cabin was somewhat confusing in terms of styling. It felt a bit like the designer was going for a premium look while trying to cut corners. The dashboard was covered in cheap-looking hard plastic, yet the toggle switches fitted on it were of a high-quality metal.

On open roads, the Landtrek was spacious and comfy, although there was a hint of turbo lag before gaining speed, but then it became an effortless and well-powered drive. The six-speed auto gearbox behaved itself with smooth gear changes and fuel consumption came in at around 9l/100km, (almost on par with the manufacturer’s claim of 8.5l/100km).

Where the Landtrek 4×4 really shone was off-road on some pretty challenging dirt and wet terrain. With a generous ground clearance of 235mm, a wading depth of 600mm and a trusty diff lock, it is every bit as good as the Hilux or Ranger. An added bonus was the handy 3D 360°-view camera which helped identify hidden obstacles via the 10-inch touchscreen.

Locally, the French brand has been extremely bullish over the past 18 months, launching a number of impressive products, including South Africa’s recent Car of the Year for 2021, the 2008, a compact SUV. It will be interesting to see whether the Landtrek can take some of the market share in the stubbornly loyal bakkie market. While it comes in at a pretty steep price, there may be those who overlook such details and opt for something more élégant. DM