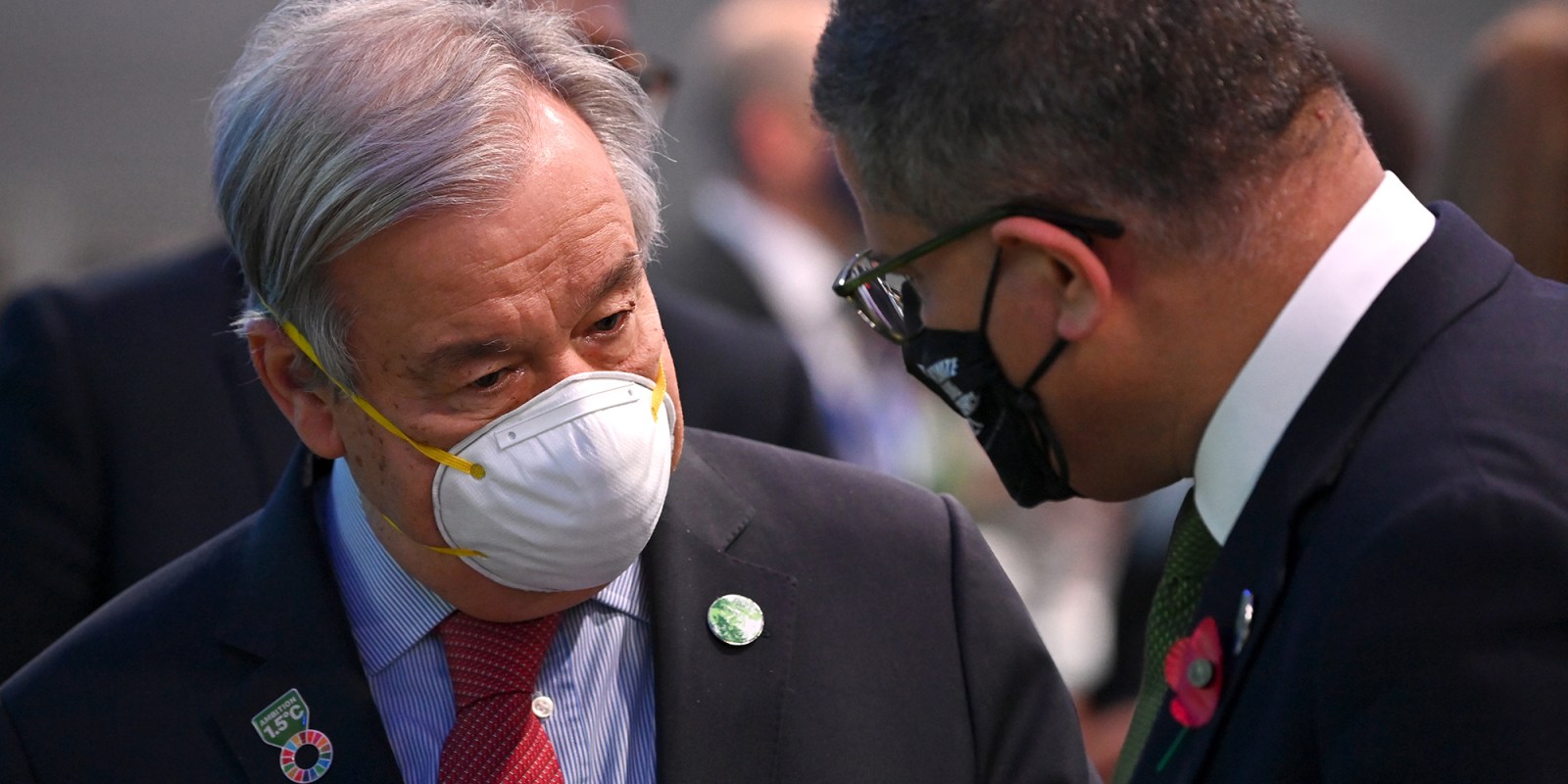 As the dust and dashed hopes settle after an intense fortnight of global climate negotiations, it is worth taking a closer look at what was really achieved, and what was not, at COP26. And what this means for a South Africa deep in the throes of struggling to create a credible and effective climate crisis response.

The weak pulse of 1.5°C: Both UN Secretary-General António Guterres and COP president Alok Sharma concluded the conference by trying their best to give a brave reassurance that the Paris Agreement aspiration of limiting global warming to 1.5°C above pre-industrial levels is still alive. But is it?

According to Climate Action Tracker, current commitments from nations are ensuring that we are on a pathway to a 2.4°C global average increase, while what is happening domestically in these countries lags even further and is set to create 2.7°C of warming globally.

It would be wise for South African negotiators to keep front of mind that the country has been warming at twice the global average, creating a severe risk of drought and water scarcity, to say the least, and making us particularly vulnerable. This means that on present trajectories, South Africa is facing 5°C to 6°C of warming — a dire forecast.

It is somewhat comforting that COP26 did resolve to request nations to provide updated emission reduction targets by the end of 2022, substantially accelerating the five-yearly target submission cycle. An annual inter-ministerial round table on pre-2030 ambition has been set up, and a “works programme” to urgently scale up mitigation ambition was established. These measures will only be as good as their outcomes — which need to be real, urgent and substantial emission reductions.

Of some comfort, too, is that the COP26 agreement reaffirms what the science has been telling us — we need to reduce emissions by 45% by 2030 over 2010 levels to have a hope of staying within 1.5°C of warming. This may temper the plethora of “Net Zero by 2050” pledges which, devoid of immediate action, mean little and are often used to mask a business-as-usual approach.

Does the coal stay in the hole?

Despite the well-recognised fact that coal-fired power is the world’s leading climate villain, this year’s COP outcome is the first time this fossil fuel gets expressly mentioned anywhere in the Paris Agreement architecture under which the Glasgow Climate Pact lies. Drafts of the agreement referred to a “phase out” of unabated coal power, but last-minute pressure by India and China had the “phase out” diluted to “phase down”.

South African lead negotiator Maesela Kekana reportedly supported the dilution on the basis of national circumstances and the need for financial support for a Just Transition for developing countries. While it is a central tenet of climate justice that developed nations — having become wealthy based on historical emissions — provide financial support to developing nations, South Africa has its own independent imperatives to wean off coal as a matter of urgency.

Coal mining and burning create severe air and water pollution over and above climate-changing greenhouse gas emissions, impacting on health, food and water security, and impoverishing people in the coal belt areas of South Africa.

In terms of existing coal plants, Eskom is faced with a looming price tag of a staggering R300-billion to fit pollution abatement measures to meet minimum emission standards. A recent report by the Energy Systems Research Group at UCT confirms that new coal power is not a least-cost option, and comes at the expense of jobs that would be created by developing renewable energy resources instead.

In addition, the European Union is leading the charge with implementing carbon border taxes, and our exporters will be heavily punished if we don’t rapidly decarbonise our electricity system. In short, in addition to the constitutional imperative to protect the people of South Africa from the harms of coal-fired power, South Africa risks exposure to high costs and stranded assets — known as transition risk — if it fails to see the writing on the wall for coal and put measures in place to move away from coal-fired power as a matter of urgency.

A much-lauded highlight of the COP was the landmark Just Energy Transition (JET) deal of R131-billion to assist South Africa with its decarbonisation programme. Provided that the money does indeed lead to accelerated phasing out of fossil fuels, doesn’t support the replacement of coal with new gas infrastructure, and supports a JET by taking care of coal value-chain workers and coal-affected communities, this may indeed turn out to be good news. But one wonders what the moneylenders and grantors think of our apparent recalcitrance to support accelerated coal phasing-out?

Developing nations left out in the heat

The Glasgow Climate Pact’s greatest affronts to climate justice are unfortunately nothing new. The developed world had pledged an insufficient but still meaningful $100-billion a year to support the developing world with climate crisis adaptation and mitigation financing. This was meant to have commenced in 2020, but now appears to be deferred to 2023.

The often-overlooked Paris Agreement mechanism of loss and damage (L&D) — compensation for climate harms already suffered, or certain to be suffered — continued its losing streak of being sidelined and deferred by developed nations. High emitters appear to continue avoiding the liability that would need to be recognised if a full L&D mechanism were put into effect. And again there is no sign of money being put on the table.

Given South Africa’s particular vulnerability to climate impacts, one hopes that South African negotiators pushed for vastly improved outcomes for both adaptation and L&D, and will continue to do so at future COPs.

Pledges on the side

Several parallel pledges, outside the official COP process, send out important diplomatic and economic signals, even though they are not binding and are sometimes vague. More than 100 nations signed the Global Methane Pledge to reduce methane emissions by 30% by 2030, which will mean a phasing-out of gas-fired power, among other measures. The Global Coal to Clean Power Transition statement was signed by 40 nations, and more than 100 signed a Deforestation Pledge. South Africa did not sign any of these.

Was it a COP-out?

As some commentators put it, global climate negotiations are incremental. And the task is a mammoth one. But the climate will not wait until we are ready to overhaul the way our economy and society work. It will simply change and we will have to live — or die — with the consequences. And as is so often the case, it is those who least contributed to the problem who bear the most severe impacts.

We are running out of time and we are not seeing enough of the desperately needed concrete actions being taken. Not on the global stage. And not here at home either. DM

Brandon Abdinor is a climate advocacy lawyer at the Centre for Environmental Rights, a partner organisation, along with groundWork and Earthlife Africa Johannesburg, in the Life After Coal Campaign.