Media played role in putting the ‘fear of God into everybody’ while police were outnumbered, Phoenix resident tells inquiry 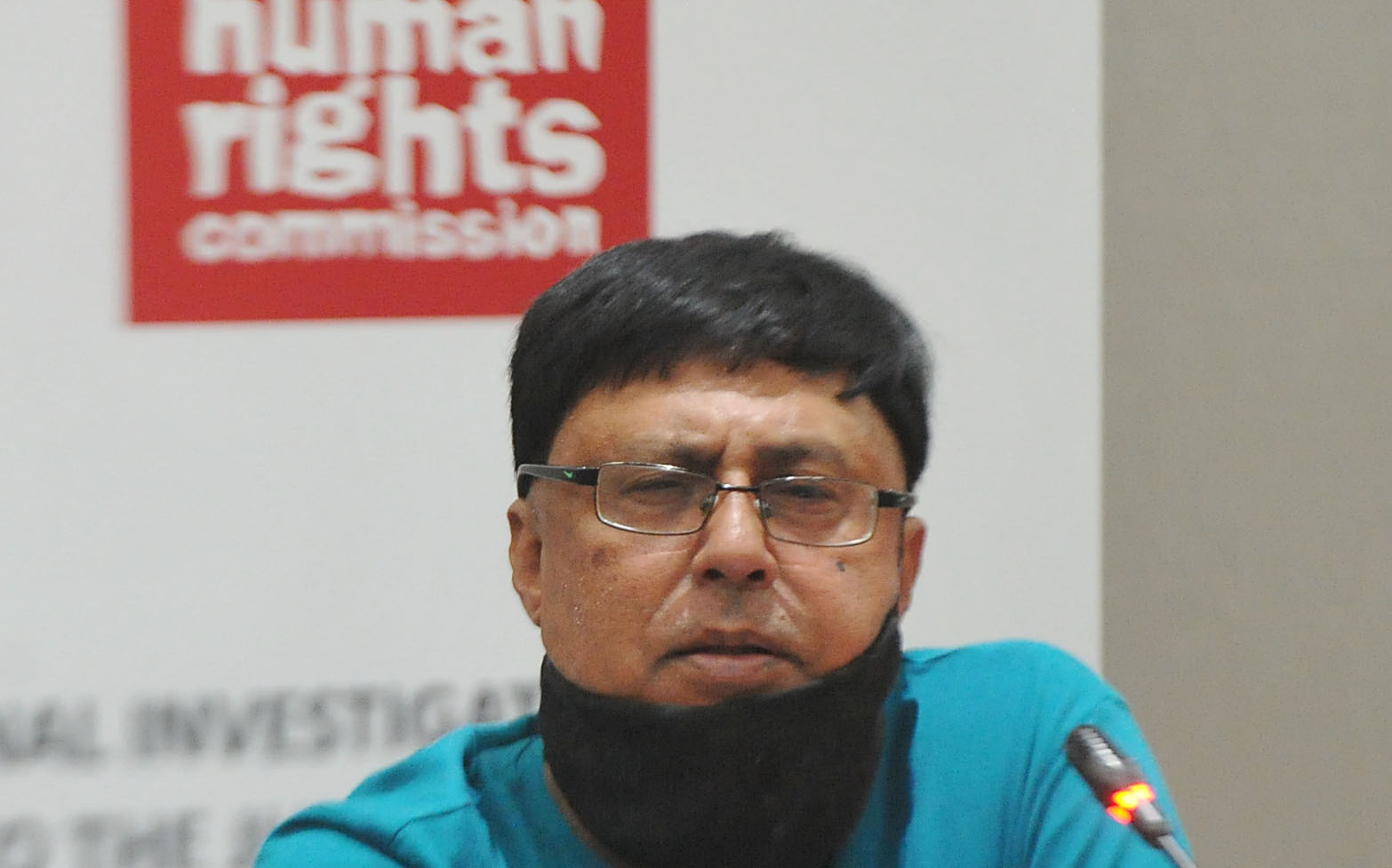 Phoenix resident Sham Maharaj did not mince his words on Tuesday when he told the South African Human Rights Commission that social and commercial media and the police had played a role in exacerbating tension, anxiety – and in the case of the police, violence – in the area during the deadly July riots.

A seemingly exasperated Phoenix resident Sham Maharaj told commissioners that this was the fourth time he was giving evidence to a state-led institution about the unrest in the area, and that he hoped there would be some sort of coordination between the various institutions when considering a final analysis.

“The July violence was exacerbated by the South African Police Service (SAPS) being outnumbered – they stood there while looting happened. Social media was abuzz with half-truths and commercial media also played a negative role, not deliberately, but by trying to get juicy stories,” Maharaj told commissioners Andre Gaum, Chris Nissen and Philile Ntuli.

The allegedly racially motivated violence that erupted in Phoenix in particular during the eight days of disgrace in July, has been a focus of legacy media, analysts, politicians and social media users, as they grapple with the deaths of 36 mostly black residents from surrounding settlements.

Maharaj told the commission that the abundance of postings on social media and the circulation of threatening WhatsApp messages among terrified residents during the unrest had heightened fears that those taking part in the looting of shops and businesses would be coming into neighbourhoods next.

“Print and broadcast media should also be blamed for some of the nonsense,” said Maharaj.

As an example, he said, one broadcast channel had run the headline “Phoenix on fire”, but the accompanying image was not of Phoenix.

“Social media and rumours that went around put the fear of God into everybody, people were really terrified. In Phoenix, there was lots of burning and looting. Literally hundreds of neighbourhood watches came out. I was with one of them.

“About 50 people stood [in my neighbourhood] to make sure nobody comes to interfere with homes and families, because that is what we were going to protect. [None of us] was armed, we just stood there to make sure everything was okay,” said Maharaj.

Maharaj’s testimony kick-started day two of the SAHRC’s hearings into the massive civil unrest that swept through KwaZulu-Natal and to a lesser extent Gauteng in response to the jailing of former president Jacob Zuma on contempt of court charges. Zuma has since been released on medical parole, but the emotional and financial devastation of the eight days of unrest remains.

Nationally, according to statistics given by Police Minister Bheki Cele just after the unrest, more than 359 people were killed as a result of the violence, the vast majority of them in KwaZulu-Natal. The province’s premier, Sihle Zikalala, has stated publicly that most of the deaths were due to the looters being crushed in the frenzy for stolen goods, or fighting among themselves for the same.

Despite the number of deaths, almost all of the focus has been on the deaths in Phoenix, presumably given South Africa’s apartheid past and historical riots in the area that saw clashes between black and Indian residents.

Maharaj is a member of the Phoenix Ubuntu Forum, formed on about 15 July, well into the riots. The group was not political, he stressed.

Various peace committees were established after the unrest, but according to Singh, the majority of those had already collapsed. The Ubuntu Forum had succeeded, he said, precisely because it was not political.

The forum distributed 23,000 food parcels to communities affected by the violence, said Maharaj – as far as Umlazi township in the north of eThekwini. It had also worked to rebuild relationships in Phoenix, KwaMashu and Inanda, all neighbouring areas.

Maharaj described himself as “an old activist”.

“We have built relationships with neighbouring settlements, but in one week in July the trust was broken.”

He said that a week after the violence, residents of KwaMashu were asking if it was safe to enter Phoenix. Usually, said Maharaj, it was Phoenix residents who were scared to go into KwaMashu.

During and after the riots, schools in Phoenix were empty, he said. Maharaj said his “great friend”, minister Cele, had shed some light on this when he told Maharaj that children and their families from KwaMashu were scared because they were told the food at feeding schemes at school had been poisoned (presumably by Indian residents).

“So we intervened with the department of social development from Pinetown. We also asked school children what they wanted – and all of them from Phoenix and KwaMashu said they wanted peace, unity and nation building.”

Maharaj said the “narrative” of a “Phoenix massacre”, a hashtag used on social media and adopted by some traditional media in relation to the 36 deaths, was “very sad”.

“It was used by the media and some politicians for their own benefit.”

“We condemn those deaths,” he said.

The EFF’s Julius Malema – who is not averse to spewing racial rhetoric at minorities – was among politicians who tried to use the violence in Phoenix to the benefit of his party by painting Indian residents as die-hard racists.

The DA put up local government election posters that were considered to be “stoking racial tensions” in the area, but quickly removed them after an outcry on social and traditional media and in some quarters of the public. The party did, however, again sweep Phoenix at the 1 November polls.

Several people have been arrested in connection with the murders and attempted murders in Phoenix but, said Maharaj, “the defence [teams] are poking holes in the State’s case. My thinking is that in the rush to make arrests, many innocent people were also arrested.”

He stressed, however, that there were vigilante groups and drug lords – known in the community – who had taken the law into their own hands, and that they should be prosecuted and jailed. This would be difficult with a police force in the area that at times was complicit in visiting drug dens and brothels, he said.

Witness testimony continues in KZN for the entire week. DM