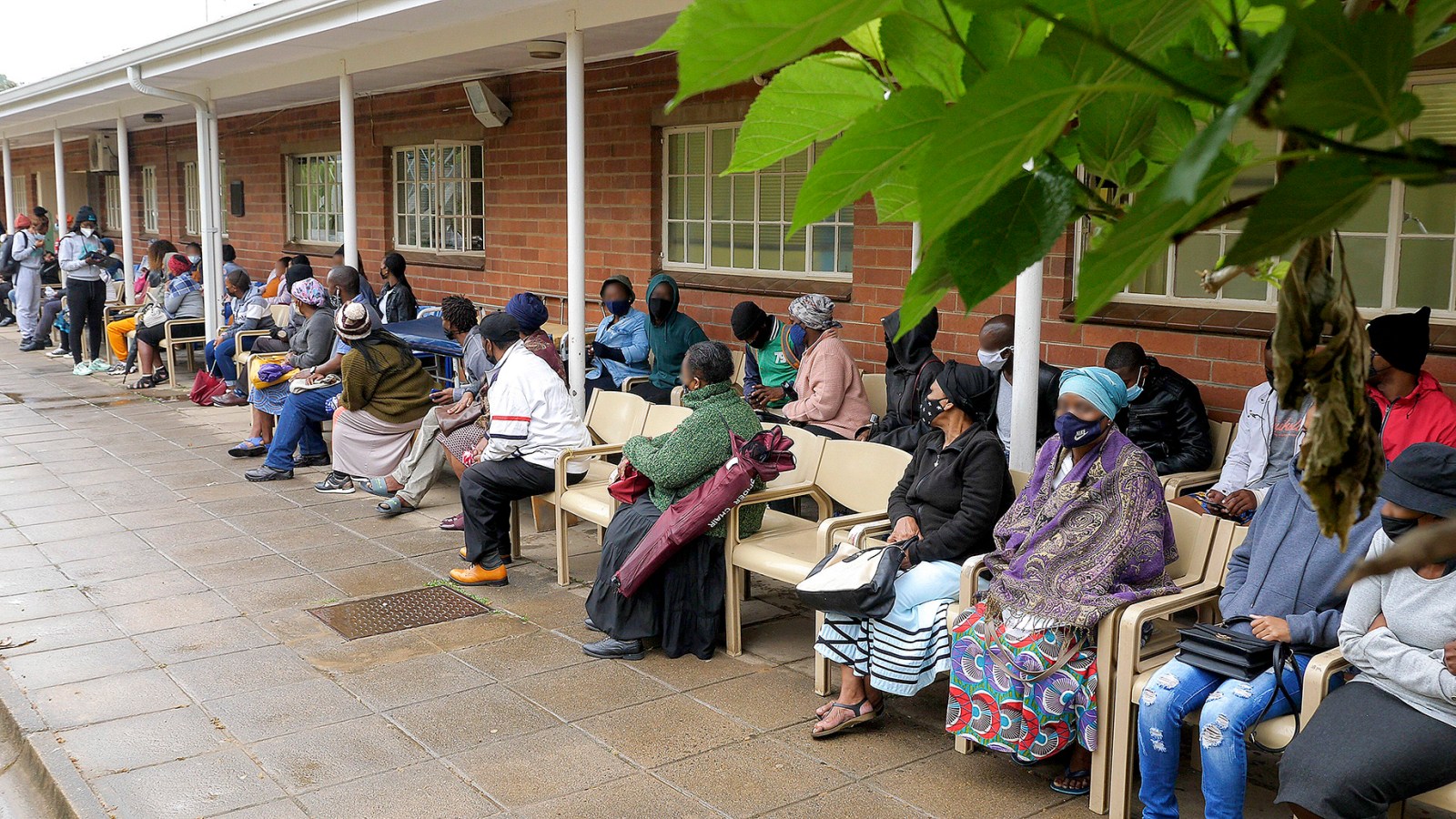 While KwaZulu-Natal (KZN) is doing comparatively well on key HIV indicators, the public healthcare system in the province is plagued by staff shortages, long waiting times, poor tuberculosis infection control and, in some cases, dysfunctional filing systems. This is according to a new report from community-led monitoring group Ritshidze.

The report was launched last week at a meeting in Umlazi attended by community members, activists and representatives from the KwaZulu-Natal Department of Health. It is based on monitoring conducted at 135 clinics and community healthcare facilities across seven districts — 68 in eThekwini, 15 in uThukela, 15 in uMgungundlovu, 12 in King Cetshwayo, 11 in Ugu, nine in Zululand, and five in Harry Gwala District. Monitoring involved direct observation by community members, as well as interviews with healthcare users and healthcare providers.

The report found that KwaZulu-Natal had the highest proportion of unfilled vacancies of all the provinces Ritshidze monitored. The most common vacant positions were those of professional nurses, enrolled nurses, and enrolled nurse assistants. At least 81% of facility managers interviewed said they do not have enough clinical and non-clinical staff at their facilities.

Sibongile Tshabalala, National Chairperson of the Treatment Action Campaign (TAC), describes the problem of poor staff attitudes as a “silent national crisis”. “This means that the National Department of Health should look at ways of providing psychosocial support to healthcare workers. We need to remember that they deal with trauma almost every day at work, home and in society. There are not enough debriefing programmes for them,” she says.

The TAC is part of the Ritshidze project.

At least 19% of filing systems in bad shape

At the launch, a number of people who use the public healthcare system spoke about the distress caused to them due to facilities losing their files. One patient who chose to remain anonymous recalled how a clinic had lost her file three times.

Tshabalala says dysfunctional filing systems and patient files getting lost are a problem across the country. “We are living in the 21st century and we are moving into the Fourth Industrial Revolution, so the National Department of Health should also move with the times. When National Health Insurance (NHI) was introduced, we were told about the single patient identifier system. The country needs innovative ways to deal with the filing system because it is not just giving us inaccurate data, but it also affects adherence,” she said.

Speaking at the launch, Dr Sandile Tshabalala, head of the KwaZulu-Natal Department of Health, said because the information is coming from many different districts, it will help the department to create “a strategy that looks at all clinics in the province”.

He added that some of the things raised will be sorted out and specifically mentioned the long waiting times patients were experiencing. “We are going to pass on some of the messages, and we are going to make sure we improve every time.”

He told those attending the launch to take responsibility for their own health, by knowing the treatment they are on, and if they are planning to change clinics to inform the new clinic of this before their treatment runs out so that the clinic can plan for the correct drug stocks.

Spotlight sent questions to the KwaZulu-Natal Department of Health asking for more detailed responses to the report, but no response was received by the time of publication.

However, based on its last published annual report for 2019/2020 and annual performance plan (2021/22), it appears that the KZN Department of Health is aware of many of the issues raised in the report and there are some plans to address this. A department’s Annual Performance Plan generally shows all its service delivery targets and projections over the medium term (three financial years) whereas the annual report, among others, gives insight into what services were actually delivered.

Among the risks and challenges, the department identifies in the documents, are patient records management and medicine stock management. To address issues with patient records, the department plans, among others, to “re-enforce [the] implementation of its records management policy, procedure manual, and circulars” by staff. The plan is also to do more training and inspections of facilities over the medium-term.

To manage issues with pharmaceutical stock in the primary healthcare sector, the department plans to step up annual training on the standard operating procedures (SOPs) for its medicine supply management. It also wants to monitor compliance with the SOP with a provincial standardised tool. The department says it is rolling out an electronic stock management system to enforce controls and standardisation across all facilities.

Good on HIV, poor on TB?

At the launch, Ritshidze Project Officer Ndivhuwo Rambau stressed that KwaZulu-Natal is ahead of all other provinces when it comes to key UNAIDS HIV indicators. The report quoted figures indicating that 94% of people living with HIV in the province know their status, 85% of those who know their status are on treatment, and 89% of those on treatment are virally suppressed.

But that does not mean there aren’t problems with the HIV treatment programme in the province.

“We have been advocating for at least three to six months’ supply [of ARVs],” says the TAC’s Tshabalala.

The key TB-related measure in the report relates to how well healthcare facilities are implementing infection control protocols. Ritshidze monitors this in terms of six best practice measures. If a clinic has all of these in place, it is awarded “green” status, if four or more are in place “yellow” status is awarded, and if the facility has fewer than half or no measures in place, it is awarded “red” status.

None of the clinics monitored was able to achieve green status, while 99 scored yellow and 34 were classified as red. The report listed two clinics as having inconclusive results. DM/MC

Note: A representative of the TAC is quoted in this article. Spotlight is published by SECTION27 and the TAC, but is editorially independent, independence that the editors guard jealously. Spotlight is a member of the South African Press Council.