Shoprite says it suffered R1.25bn in damage from July unrest 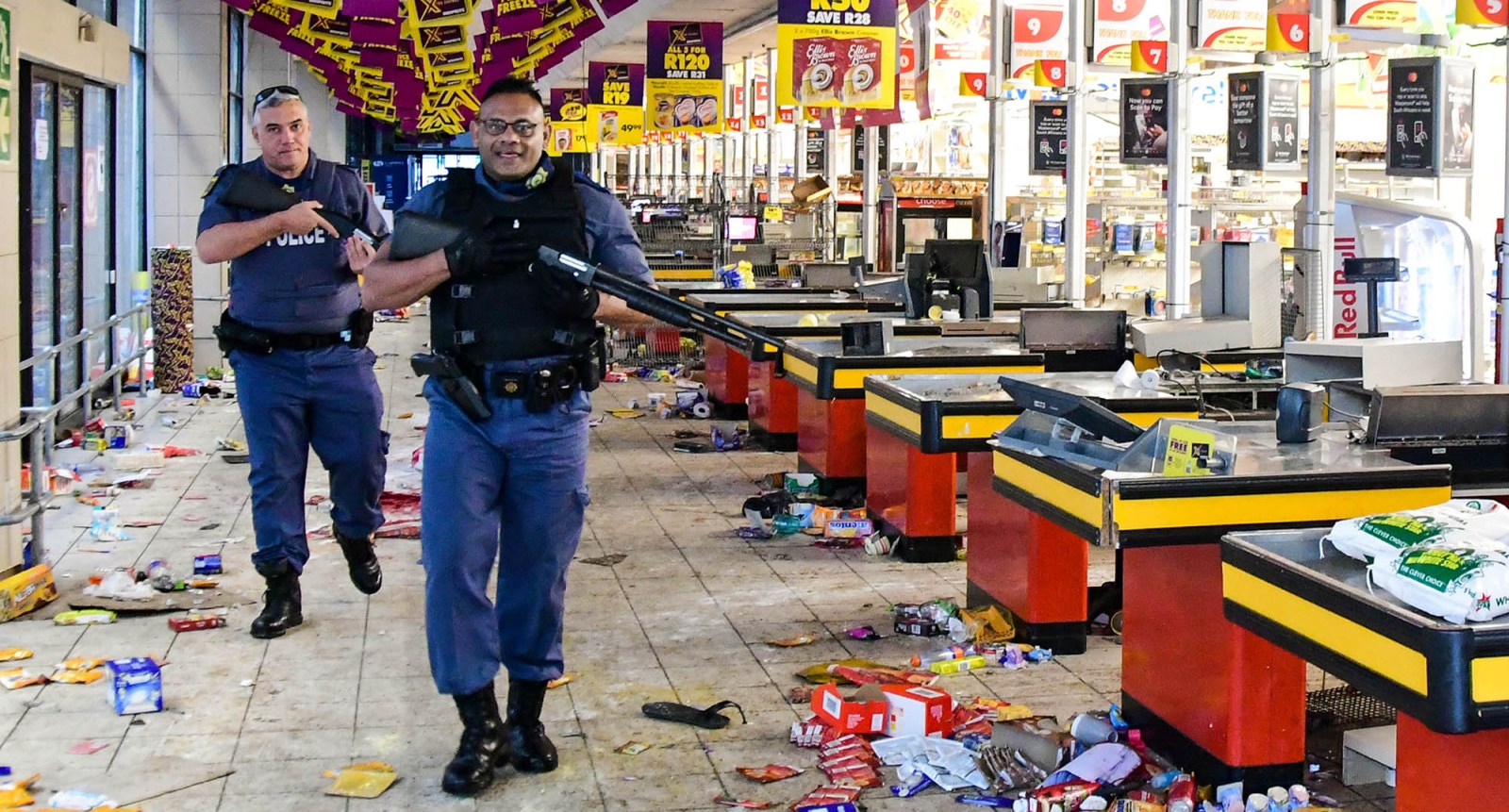 The costs of South Africa’s winter of discontent are mounting. Shoprite Holdings said on Monday that it had suffered R1.25bn in damage at the hands of the rioters who ran amok in Gauteng and KZN in July.

Shoprite is Africa’s largest supermarket retailer, and its size, reach and business profile made it a prime target for the rioters and looters who went on the rampage in July after the jailing of former president Jacob Zuma.

“With reference to the damage caused by the… civil unrest, the group estimates the book value of the damage to property, fixtures and fittings, stock and fleet to be in the amount of R1.25-billion,” the company said in an operational update for the quarter ended September.

Shoprite said that 135 of its supermarkets and 54 LiquorShops were “severely impacted due to looting and/or fire damage”.

In the case of Shoprite, whose retail outlets include Checkers, House & Home and LiquorShop, size is also a blessing.

“Shoprite has Sasria [South African Special Risks Insurance Association] cover in place to the value of R1.5-billion and we can confirm to date that an initial R500-million payment was received from Sasria in September 2021,” it said.

So it seems that the damages are going to be covered, but it’s still a body blow. And if the rioting had not spent itself when it did, the damages could conceivably have exceeded its R1.5-billion worth of cover. One wonders if Shoprite’s premiums and those of other affected businesses are not set to rise now, adding to their costs. Social unrest is clearly a risk to doing business in South Africa, not least because of the abject failure of the state.

Despite the battering, Shoprite is hardly down and out. In fact, it is expanding, which also means it is creating jobs, opportunities and tax revenue.

“Outside of the remarkable efforts across the business to reopen our stores impacted by the riots, it has been a busy quarter in terms of store openings as reflected by the addition of 29 new stores: two Checkers, one Shoprite, eight Usave, 17 LiquorShops and one Petshop Science,” the company said.

And despite the July mayhem, Shoprite said sales rose by 9.3% in the quarter compared with the corresponding period last year.

The costs of the riots and the wider failure of the South African state were also tallied in annual results published on Monday by Astral Foods, the country’s largest integrated poultry producer.

Astral said operating profit in its poultry division fell by 50.3% to R147-million. Margins were squeezed by a bird flu outbreak, which had a negative impact to the tune of R149-million. On top of that, looting and damage to infrastructure amounted to R18-million and water and power interruptions cost the group R27-million.

State failure is clearly a material risk to business in South Africa, and the chickens are coming home to roost. DM/BM