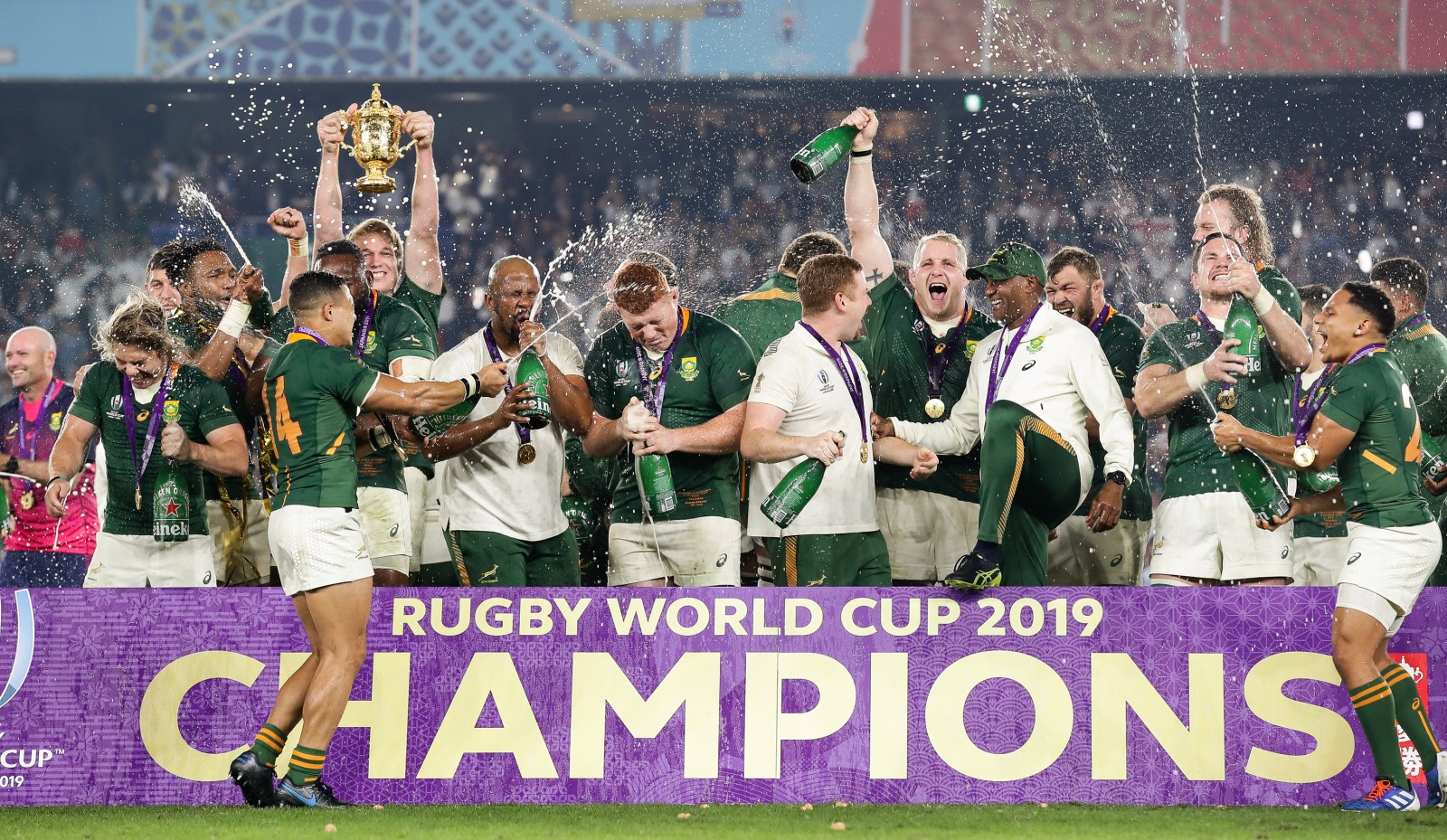 On 20 November, the Springboks will face England in what is being seen as a replay of the 2019 Rugby World Cup final. And just like two years ago, the reigning World Champions will run on to the field underestimated by many.

The Springboks will go into their final match of the season as underdogs. In the eyes of the rugby media – at least those critics residing outside South Africa – this team has not progressed sufficiently to warrant the favourite’s tag in what is effectively a replay of the 2019 World Cup final.

Never mind the fact that the Boks thrashed England 32-12 in that decider two years ago, or that they beat the British & Irish Lions 2-1 in the recent series staged in South Africa. Never mind that England finished fifth in the 2021 Six Nations. Certain scriptwriters would have you believe that this movie has only one possible ending.

It’s hard to say why the Boks are so unrated and unloved outside South Africa. They received little to no credit for grinding out an ill-tempered Test series against the Lions. The big win against the All Blacks on the Gold Coast was dismissed as irrelevant, given that it came after New Zealand had already won the Rugby Championship title.

When the Boks beat Wales recently to end an eight-year losing streak in Cardiff, several critics slammed the performance as well as the perceived limitations of the game plan. “South Africa are not a great side,” concluded a prominent writer for one of England’s most respected publications.

Believe it or not, coach Jacques Nienaber and director of rugby Rassie Erasmus are likely to endorse this sort of narrative, given that it suits their purpose.

Parallels between Yokohama 2019 and Twickenham 2021

Parallels can be drawn between the events of the past few weeks and the build-up to the World Cup final. The Boks were just as unloved and unrated in 2019, and all the hype around England’s right to the title certainly served the South Africans’ cause in the days leading up to the decider.

Two days before the World Cup final in Yokohama, Erasmus and his coaching staff invited the travelling South African media to lunch at the team hotel in Tokyo Bay. Preparation for the decider was completed, and it was time to relax and take stock before the big day.

Erasmus and lieutenants such as Nienaber and Mzwandile Stick engaged with reporters, asking for the media and public’s take on recent events.

The British media, as they are wont to do, had described England’s semifinal performance against New Zealand as the greatest of all time, and had all but started to celebrate a World Cup final victory 80 minutes before the fact.

By and large, the South African media had offered modest opinions about the Boks’ chances. Up to that point, the consensus was that there could be only one winner at the International Stadium Yokohama.

Erasmus smiled when this was relayed to him. He admitted that he could not have scripted it any better himself.

England expected the game to play out as an 80-minute trophy tour. They couldn’t see the movie ending any other way.

The plot, though, was ripe for a twist, and Erasmus knew it.

A few of us questioned his conviction. Surely England could see the broadside coming? They had been preparing for that game for four years. Surely they had done all their homework and considered every outcome?

A theory was propounded by a member of the South African management: the England coaches don’t respect their Bok counterparts to the point where they consider them to be a realistic threat.

It was surprising to hear this on the eve of the 2019 World Cup final, given all that had transpired over the preceding two seasons.

Under Erasmus, the Boks had done enough to restore SA rugby’s reputation.

That season, South Africa became the first nation to beat the All Blacks in New Zealand in more than nine years. After the Rugby Championship, All Blacks coach Steve Hansen praised the Boks’ progress and declared that the rivalry between South Africa and New Zealand was well and truly alive.

The following year, the Boks showed their all-round threat in a truncated 2019 Rugby Championship campaign to win their first major trophy in a decade.

How could a much-improved team and set of coaches with big results and trophies to show for their efforts fail to command respect from their opponents, especially after they had qualified for a World Cup final?

When the comment about respect was made, it was difficult to comprehend. Over the course of the final itself, however, it was evident that England had indeed underestimated the Boks, particularly at the scrum and in the wider channels.

Jones failed to provide any answers in the aftermath. Didn’t England see this coming? This question was repeated again and again in the post-match press conference and dominated much of the discussion across all forms of media in the days and weeks that followed.

Jones yet to deliver a response for RWC failure

Two years later, and many people are still waiting for an answer. Jones might feel that he has the formula to beat the Boks, having claimed one win in SA in 2018 and two wins at Twickenham in 2016 and 2018. The most recent result – in a World Cup final, no less – suggests that the opposite may be true.

Jones will be working around the clock to ensure that England are prepared for every eventuality on 20 November. South Africa’s World Cup-winning forwards coach Matt Proudfoot is now part of the England management team. He will have a key role to play in preparing the pack for its most demanding challenge to date. A win against the world champions – the team that denied England gold in Japan – will be viewed in all quarters as a sign of progress.

Jones was quiet in the lead-up to the World Cup final, but may go on the attack this time round in an attempt to unsettle the Bok camp. World Rugby is looking to discipline Erasmus after the director of rugby criticised officials during the Lions series, and the outcome of that hearing is expected soon. Don’t be surprised if Jones weighs in with an opinion ahead of a Test that will include thousands of partisan Lions fans in the Twickenham crowd.

Whether Jones has bought into the popular perception that South Africa are not a great side, and that they have failed to evolve since 2019, remains to be seen. How the game plays out over 80 minutes, and ultimately the result, will reveal which team has learnt the most since the World Cup.

The Boks have the potential to vary their tactics. They may have a few tricks up their sleeve, as they did in Yokohama two years ago.

And if they beat England and record their first win at Twickenham in seven years, even the harshest of critics will be forced to concede that this team deserves respect. DM168