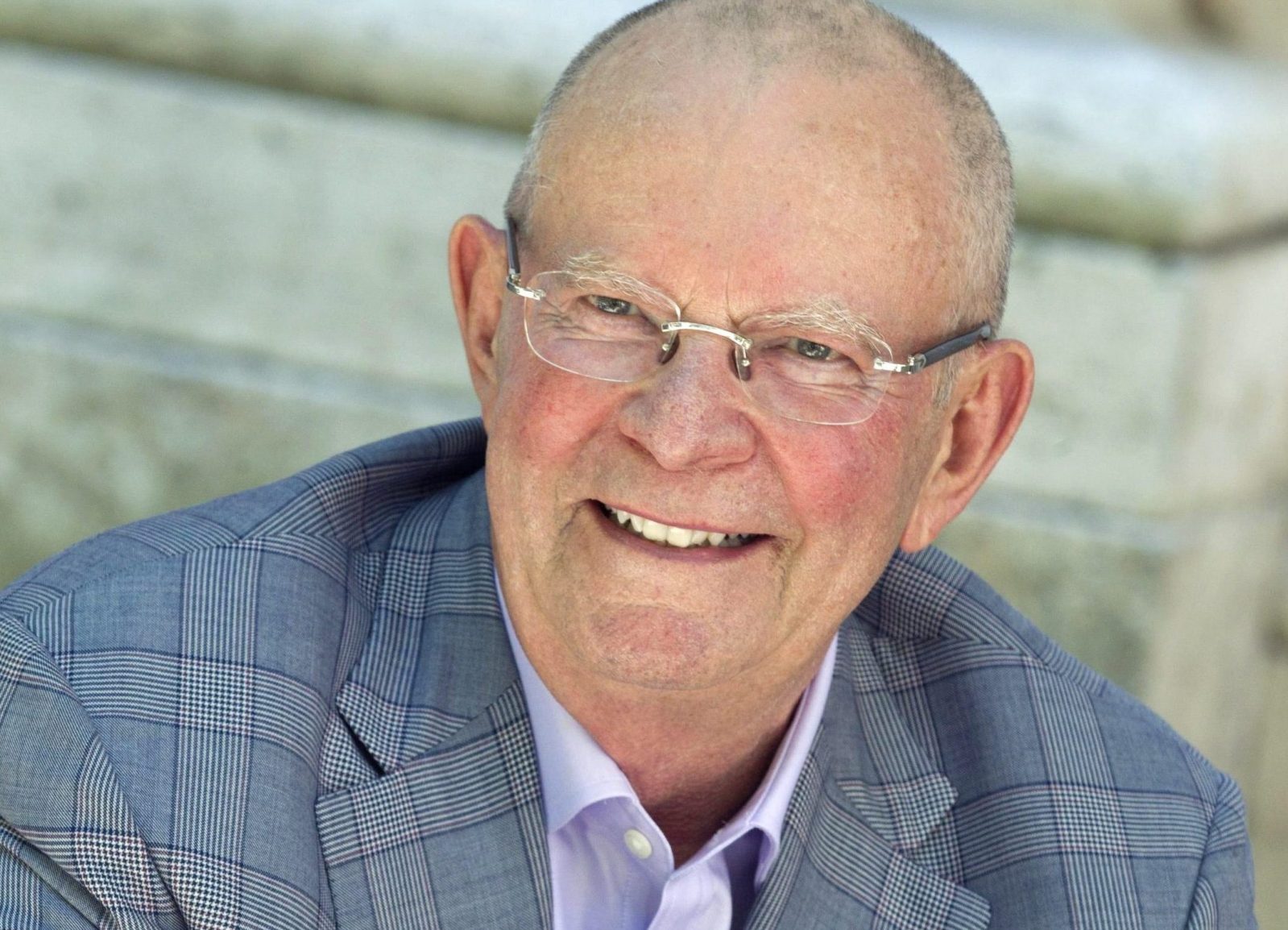 Smith’s Courtney series, the longest-running in publishing history, anchored a passion for storytelling that saw him produce more than forty novels and captivate an audience of millions.

Author Wilbur Addison Smith, whose current novel The New Kingdom, written with Mark Chadbourn, is a Daily Maverick bestseller, has died in Cape Town. He was eighty-eight.

Born in what is now Kabwe, Zambia in 1933 to Herbert James and Elfreda (née Lawrence) Smith, he was purportedly named after the American aviator Wilbur Wright, and famously overcame a bout of cerebral malaria as an infant. At age sixteen he contracted polio, which left him with a weak right leg, an injury that only became troublesome later in his life. He attended Michaelhouse in KwaZulu Natal and Rhodes University in Grahamstown, where he received a Bachelor of Commerce. This led him to a position, at age twenty-five, with the then-Rhodesia’s Inland Revenue Service.

Here Smith began writing what would eventually become his first published novel, When the Lion Feeds, the opening book in the Courtney Series, inspired by his own experience of “running wild” on his father’s farm. The book was published by Heinemann in 1964. It became a bestseller throughout the Commonwealth – except in South Africa, where the Publication Control Board banned it for dealing “in an improper manner with promiscuity, passionate love scenes, sexual intercourse, obscene language, blasphemous language, sadism and cruelty.” The book would only be unbanned eleven years later.

By that time, Smith had published seven further novels and cemented his reputation as a latter-day H Rider Haggard. Having essentially inherited the genre of adventure writing from Haggard, whose 1885 novel King Solomon’s Mines was an immediate Victorian bestseller, Smith re-fashioned it entirely on his own terms. He wrote nineteen Courtney Series novels in total, the latest two books being published in 2019. At least two further titles in the series are expected.

He married the first of his four wives, Anne Rennie, in 1957 in Salisbury (now Harare). They had two children, Shaun, a son, and Christian, a daughter. They divorced in 1962. Smith married his second wife, Jewell Slabbart, in 1964. In 1965, after the Prime Minister of Rhodesia Ian Smith declared independence from the United Kingdom, Smith served as a reservist in the Rhodesian Police in Salisbury, but found the work – and the political atmosphere fomented by Smith – not to his liking, so moved with his wife to Onrus River, South Africa. They had a son in South Africa, Lawrence, and Smith’s second novel, The Dark of the Sun, was published.

In 1971, having divorced Jewell, Smith married Danielle Thomas, who would remain his wife until her death from brain cancer in 1999. He met his fourth wife, Mokhiniso Rakhimova, in a WHSmith bookshop in London in January 2000, and they married in Cape Town in May of that year.

Throughout his marriages, he fell in and out of conflict with his children – including his stepson, Dieter Schmidt, Danielle Thomas’ son from an earlier relationship. They engaged in a string of lawsuits in the early 2000s, with Smith accusing Schmidt of “gross ingratitude” and being “unconscionably rude” to Mokhiniso. Schmidt, for his part, claimed that Smith led a double life under the alias Steven Bisset Lawrence. The multiple court actions led nowhere but embitterment.

Meanwhile, Smith continued to write bestsellers. He published the first book in his Ballantyne Series, A Falcon Flies – set, like the bulk of the Courtney Series novels, in Africa – in 1980. Five more Ballantyne novels followed, the latest book, King of Kings, being published in 2019, co-written by Imogen Robertson.

Smith began collaborating with other writers in 2015, with the Courtney Series title Golden Lion, co-authored by Giles Kristian. In total, of Smith’s forty-eight novels, twelve carry a co-author credit, including all the titles in his third and final series, the Ancient Egypt novels, of which The New Kingdom is the seventh. The books in Smith’s three series, along with several standalone novels, have altogether sold more than 120 million copies.

In 2018, Smith published his autobiography, On Leopard Rock, which includes a number of adventures that mirror the drama and danger in his fiction. In the book, Smith wrote:

“I have lucked into things continuously. I have done things which have seemed appalling at the time, disastrous even, but out of them have come another story or a deeper knowledge of human character and the ability to express myself better on paper, write books which people enjoy reading. Along the way, I have lived a life that I could never have imagined.”

In 2015, he and Mokhiniso established The Wilbur & Niso Smith Foundation, which sponsors the Wilbur Smith Adventure Award, aimed at promoting adventure writing.

Eugene Ashton, the CEO of Jonathan Ball Publishers, who published Smith’s latest work in South Africa, said of the writer: “He was a colossus in every way and the world of books will be the poorer for his passing.”

Smith’s literary agent, Kevin Conroy Scott, said: “Wilbur Smith was an icon, larger than life, beloved by his fans who collected his books in hardbacks and passed his work down through generations, fathers to sons and mothers to daughters. His knowledge of Africa, and his imagination knew no limitations.  His work ethic and his powerful, elegant writing style made him known to millions.”

Kate Parkin, of Smith’s UK publisher Bonnier Books, said: “Wilbur never lost his appetite for writing and remained working every day of his life.  He leaves behind him a treasure-trove of novels, as well as completed and yet to be published co-authored books and outlines for future stories. It has been a privilege and an honour to work closely with him on this remarkable publishing legacy.”

Smith owned homes in London, Cape Town, Switzerland and Malta. He is survived by his wife Mokhinoso, who was with him when he died, his three children, Shaun, Christian and Lawrence, and grandchildren, including Sinclair Smith. DM/ ML