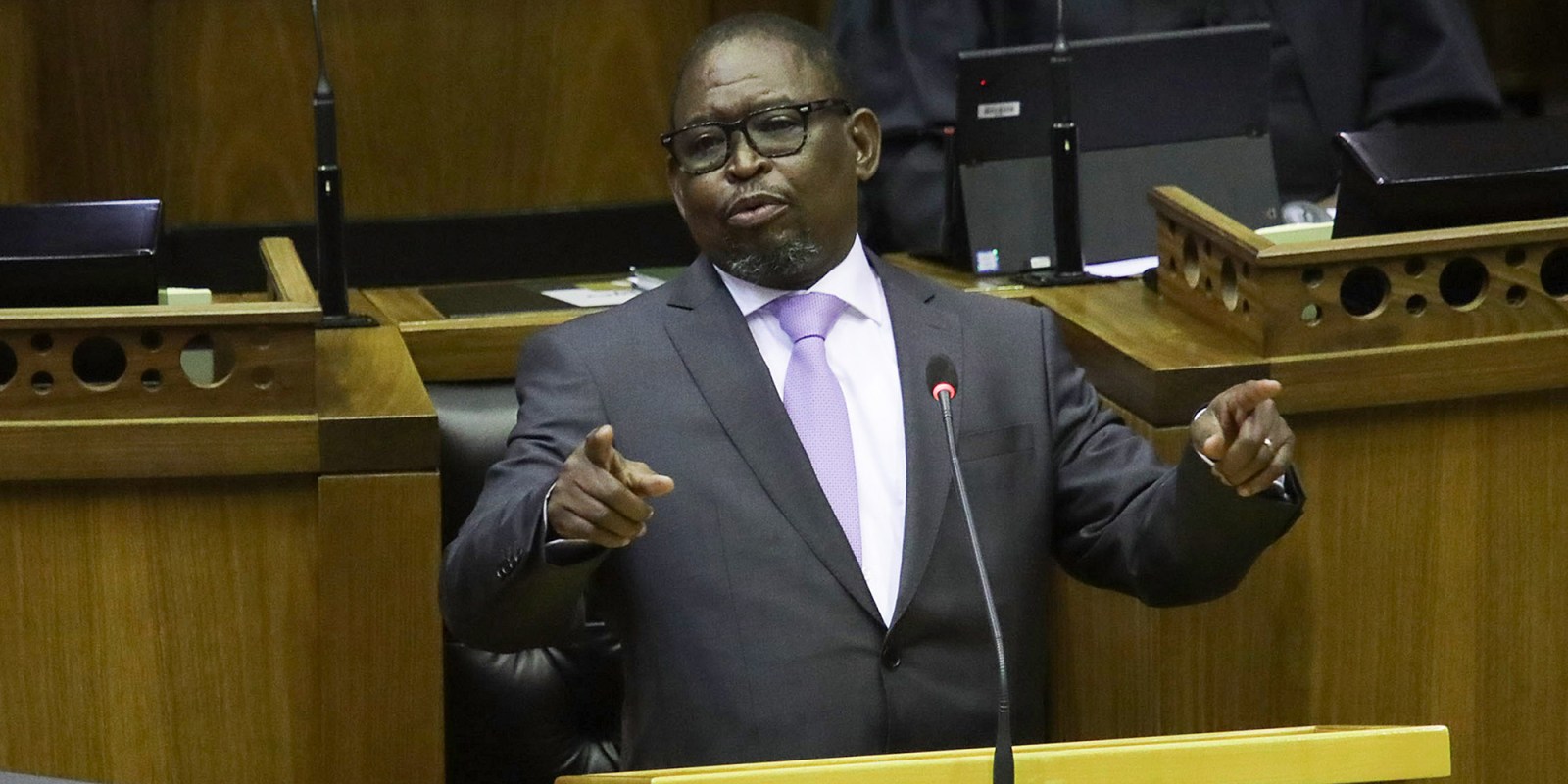 When it comes to managing South Africa’s public purse, we would probably need a magician. What we have is a mere mortal in the form of the new finance minister. All eyes are on him.

By most accounts, Finance Minister Enoch Godongwana reassured South Africans that, under his stewardship, the finance ministry would hold the course of fiscal prudence charted by his predecessor, Tito Mboweni.

In his speech, he emphasised that government has “an unflinching commitment to fiscal sustainability, enabling long-term growth by narrowing the budget deficit and stabilising debt”.

However, talking tough about holding the line is arguably not enough. For the past five years, finance ministers have preached fiscal consolidation, yet debt will double from R2.8-trillion in 2018/19 to R5.5-trillion in 2024/25, despite their efforts to persuade their colleagues in government to rein in spending. And as economist Dr Miriam Altman points out, it is not necessarily the size of the debt that is the problem, it is the trajectory of the debt. “The debt-to-GDP ratio ratchets up in every budget, showing poor control over it,” she says.

Given that the interest rate the government pays on its borrowings is higher than GDP growth, the ratio of debt-to-GDP will continue to grow as the debt grows faster than the economy. Thus, no matter how much we tighten our belts, or how much we cut from education, housing and water, or how efficient the procurement process becomes, it is impossible to save our way out of debt. And the finance minister knows this.

The only solution is to hold the budget line and grow the economy. But here too, the Medium-Term Budget Policy Statement (MTBPS) provided little comfort, simply resorting to the same old platitudes about accelerating long-promised structural reforms that unlock private-sector investment and job creation.

But there are positive changes afoot, evident if one reads between the budget lines. The first inkling is what the finance minister has busied himself with since he assumed the role in August – and it was not micro-managing the budget process, which has been under way since June. He has a strong team of Treasury officials and trusts them to get on with the process. Instead, for instance, he recently visited Beitbridge border post with SARS Commissioner Edward Kieswetter and DG in the finance ministry Dondo Mogajane to assess first-hand the operational issues at that port of entry. “We think – though closely involved – he has spent more of his first months on industrial policy, Operation Vulindlela and social wage issues,” says Peter Attard Montalto, head of Capital Markets Research at Intellidex. That said, “he has … been crucial in settling on a tone for the MTBPS through MinComBud [Ministers’ Committee on the Budget] into final Cabinet sign-off”.

This thinking has found its way into the MTBPS. “This revised three-year view reveals some interesting choices that demonstrate a commitment to balancing the social and economic imperatives,” says Altman. “Most interesting is a rebalancing of spending towards ‘community development’ (comprising water, housing, transport and local government), which has been allocated R38-billion more over the period,” she says. Economic infrastructure that is on budget rises by R31-billion between 2021/2 and 2024/5. “While Godongwana did not make a big thing of it, this signals his growth agenda and marks real steps towards the long-standing commitment of prioritising investment for growth and employment.”

As the former head of the ANC’s Economic Transformation Committee, he has an acute understanding of what it would take to get the economy back on track and intends to put this to good use from this new position. Aside from using his position to advance structural reforms, he understands that there are two issues that are critical to achieving growth: capacitation of the state and private-sector participation. “We must continue to strengthen the capacity of the state to implement policy and intervene in the economy in a manner that enhances and not inhibits growth,” he told ministers and members of Parliament during the presentation of the MTBPS.

He also stressed that the government cannot drive economic recovery and growth alone, given that most areas of economic activity are dominated by the private sector, including investment, employment and innovation. “We strongly call on a greater social compact to raise growth and improve livelihoods,” he said, using as an example the latest round of the Renewable Energy Independent Power Producer Programme (REIPPP). “The gains from this diversification [of primary power sources] are demonstrated by the outcome of the most recent round of the REIPPP which [has delivered power at] the cheapest rate in the history of the programme and is among the lowest rates achieved worldwide… Over the longer term, creating a competitive energy market will help contain the costs of generating electricity and will support GDP growth.”

This is significant, adds Altman. “The government used to believe that it should be at the centre of the economy. But this is changing and the finance minister is sending a clear message to this effect.”

But does having a deeper insight into the economy and stronger messaging mean that he can hold the fiscal line, given competing political interests within the ANC and rising fiscal risks?

In other words, is Mr Godongwana Mr Tough Love, or Mr Spread-the-Love?

After all, he preached “tough love” for SOEs and then announced that the government had settled R2.9-billion of Denel debt the parastatal was about to default on. Of course, the alternative – business rescue – is unpalatable. In another breath, he argued that a basic income grant was unaffordable unless sustainable funding was found, and then told journalists that the Covid-19 Social Relief of Distress grant, which has been extended to March 2022, might be extended again.

“The proof is in the pudding,” says Sanisha Packirisamy, economist at Momentum Investments. “The minister alluded to the need to consolidate certain SOEs and intimated that private-sector participation would be welcome in certain areas where skills and finances are lacking. The market has been waiting for further movement on this front.”

On the basic income grant, rather than backing down, Packirisamy notes that an extension of the current Social Relief of Distress grant could buy government time to make a more permanent decision on increasing the social safety net. “With a third of SA’s population living below the food poverty line, there is an undeniable need to extend social assistance,” she says. This is even considering SA is already spending 3.3% of GDP on social assistance (higher than 2.1% in Argentina, 1.9% in Russia, 1.7% in Mexico, 1.5% in India, 1.4% in Brazil and 0.8% in China, according to the World Bank). “Ultimately, a better solution would be to create employment opportunities for longer-lasting growth, but at the current [forecast] rate of potential growth, it is unlikely that SA will make significant strides in bringing down the elevated rate of unemployment without significant interventions.”

Altman believes that Godongwana understands when to dispense the love, and when to curtail it. “He is able to stand his ground and will, hopefully, be able to provide the leadership we need as government navigates the changes necessary to reboot the economy. As minister of finance, Godongwana may have the best chance of negotiating these, given his experience in the ANC, labour and business and demonstrated capabilities in charting tough talks,” she says. DM168