DISINFORMATION IN A TIME OF COVID-19 OP-ED 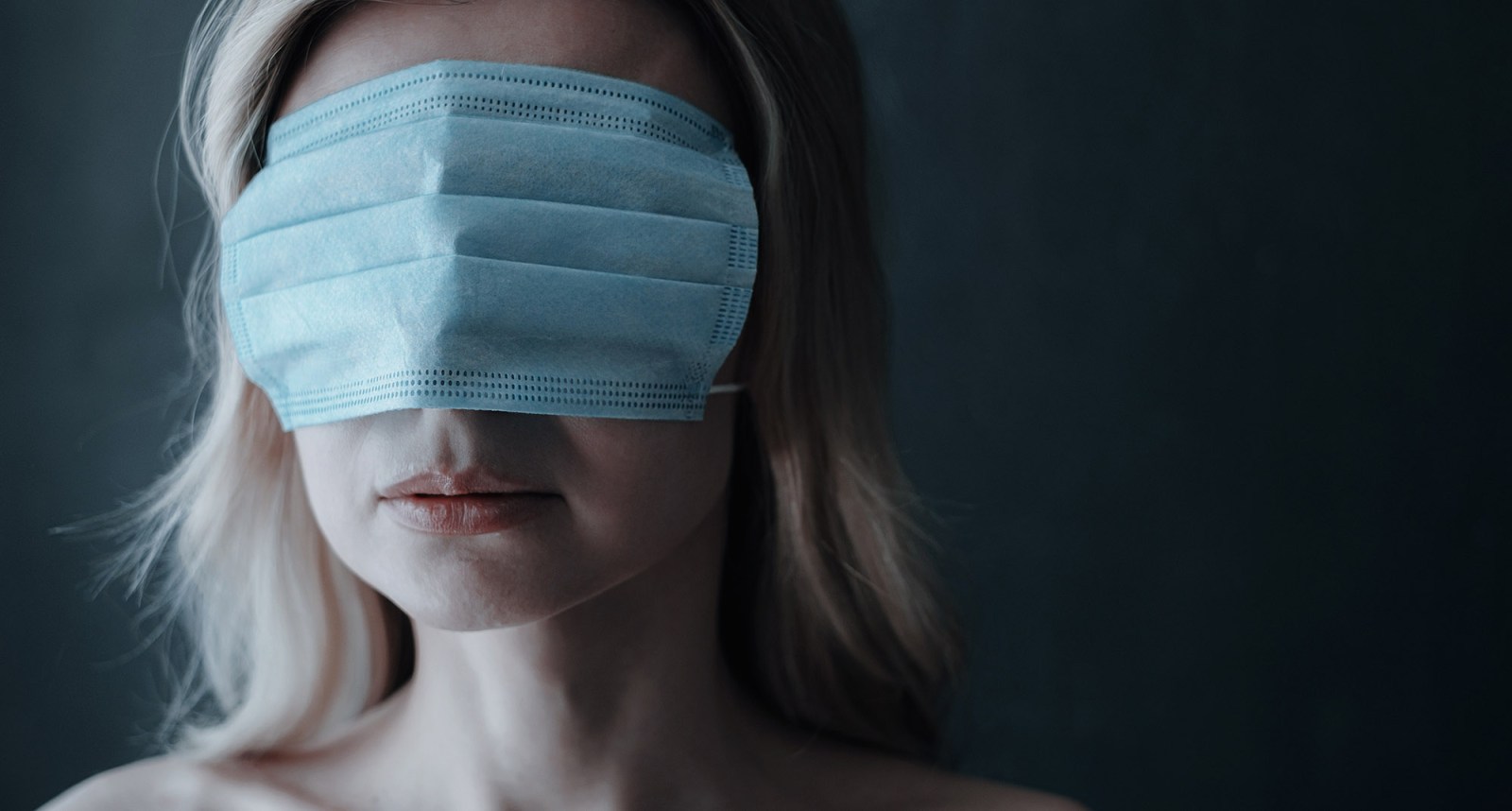 Content that shocks or horrifies or makes us feel anxious or fearful is often used by disinformers. This week we look at a recent example from the Real411 system to show how our emotional responses are used to cloud rational thought and how disinformation can entrench racist stereotypes.

Those who wish to spread disinformation often play on our emotions. It’s a tactic that is also used by salespeople. How many of us, for example, have been in a shop where we are thinking of making a purchase (usually an expensive one) and seeing us hesitate, the salesperson tells us how much interest there has been in the same item and how the one we are looking at is the last one? This is designed to make you anxious about losing a possible bargain, while encouraging you to make a decision based on another person wanting the same item. It adds urgency and pressure.

The decision by the South African government to roll out vaccines to children from 12 years upwards met with some controversy and resistance. The African Christian Democratic Party (ACDP) has taken the government to court. Few issues make the public as fearful and angry as ones that involve children. This is not unusual, as children represent our future, our potential and innocence. Of course, the reality that “30% of South Africa’s children live below the food poverty line in households with a per capita income of less than R571 per month” doesn’t seem to elicit quite the same reaction. It might be that too many are numbed to this shocking reality. It might be that there aren’t the catchy memes that seek to manipulate emotions. A review of the Children’s Institute at the University of Cape Town’s Child Gauge offers sobering reading, but also shows how some horrific challenges and realities can be shared in a manner that seeks to encourage positive action and not just fear and anger.

The example below, by a self-proclaimed Maga supporter, does the opposite. 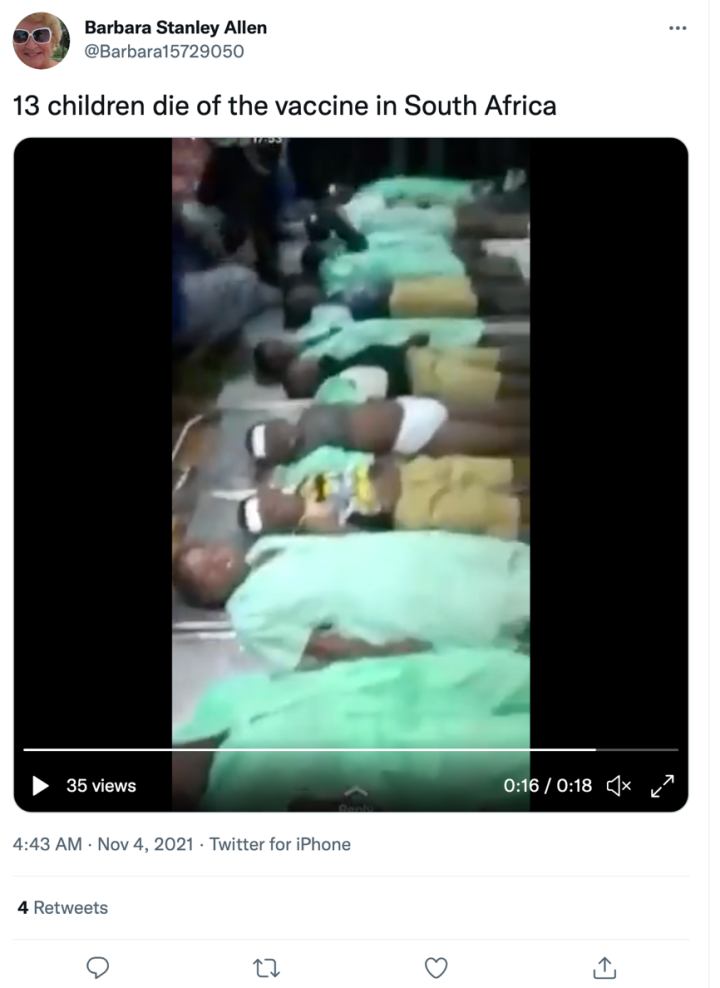 The original tweet had a video showing the bodies of 13 children. It must be said upfront that showing dead bodies is likely to elicit a strong emotional response. It is even more difficult to deal with the loss of life of children.

There are a number of issues that arise here. To begin with, there is a clear racial dimension. Over the years Media Monitoring Africa has called out the media for not respecting the rights of dead, and brown-skinned people in particular, by showing them in death. Putting children’s lifeless bodies on social media for all to see is intrusive, invasive and undignified. If you don’t believe us, do an internet search for images of “school shootings USA” and see how few images there are of white-skinned children who are killed in those incidents, as opposed to brown-skinned children. Brown-skinned children, their families and loved ones are frequently not afforded the same dignity and privacy in death as children in “developed nations”.

What makes this current example all the more egregious is that not only does it contain – with no justification provided – a graphic video of dead children, it does so with the purpose of pushing an anti-vaccination message.

For many South Africans who see this, or indeed any similar posts, it would be fairly easy to see that the post is false and misleading. For one thing, the school uniforms do not bear much resemblance to those worn by South African children. For another, there has been no report of children in South Africa dying as a result of Covid-19 vaccines, let alone 13 of them at the same time. A simple search reveals that the children died as a result of a tragic incident in Kenya.

What the user who posted the video seemingly wished to do was to have us believe that the children had died as a result of the Covid-19 vaccine. They want us to be so shocked and angry that this could happen that we ignore the obvious questions: Where did this happen? Why didn’t other media report on it? Why did they all die together?

Instead, filled with anger, sadness and anxiety, we are meant to join dots that aren’t even there – to say, “Wow, these vaccines are dangerous, they kill children. I don’t want my children vaccinated with something that will kill them.”

It’s possible the person who posted this didn’t think through the desired outcome so deliberately. What is clear is that posting such a dehumanising and graphic video without checking the facts behind it, and falsely attributing the deaths of the children to a Covid-19 vaccine is not only grossly insensitive, it perpetuates racist stereotypes about the value of black lives, and it insinuates patently false information about Covid-19 vaccines.

Let’s assume for a moment that the footage was indeed of 13 children who had died as a result of the Covid-19 vaccine. There would then be a need to speak to experts to explain how and why it happened, who should be held responsible, etc. Even if this were the case, and it patently isn’t, it would still be very difficult to justify using that footage, especially given the issues of privacy and dignity.

Most of the media organisations in South Africa, which adhere to professional standards of ethical journalism, would not have published that video. Our media usually think very carefully when using graphic and disturbing images, and offer context and warning and, crucially, some kind of justification for showing these kinds of images.

If you see something like the example we’re discussing on a social media platform, ask: Why is it there? Who has posted it? What do they hope to achieve? Ask if there is any justification for using such graphic content and if it advances the story in any way.

If you find content about issues you are uncertain of, or if you are vaccine-hesitant, and suddenly your emotional buttons are being pressed, exercise extreme caution, check credible media and then avoid sharing, unless there are clear reasons to do so.

A quick note on credible media – how do you know? Well, you can look at Open and Disclose, you can also look to see if the media organisation subscribes to accepted standards of professional journalism. Do they offer a credible means of addressing complaints? Do they tell you who the editor is? Any media organisation that avoids such mechanisms is not helping with their or the media’s credibility.

Another role as a reader and active member of the public is to keep reporting those who seek to exploit and heighten fear. It won’t stop disinformation, but it may reduce its spread and cause less harm. It is critical that we all play our part in combating and mitigating these digital offences. If you suspect that content on digital media is disinformation, hate speech, harassment of journalists or incitement to violence, report it to Real411.

To make it even more simple, download the Real411 mobile app. The elections are over, and most politicians have disappeared, but the dark forces will continue to seek to cause harm and Real411 will keep going. Keep an eye out for a more detailed analysis of the complaints and trends in the elections. DM