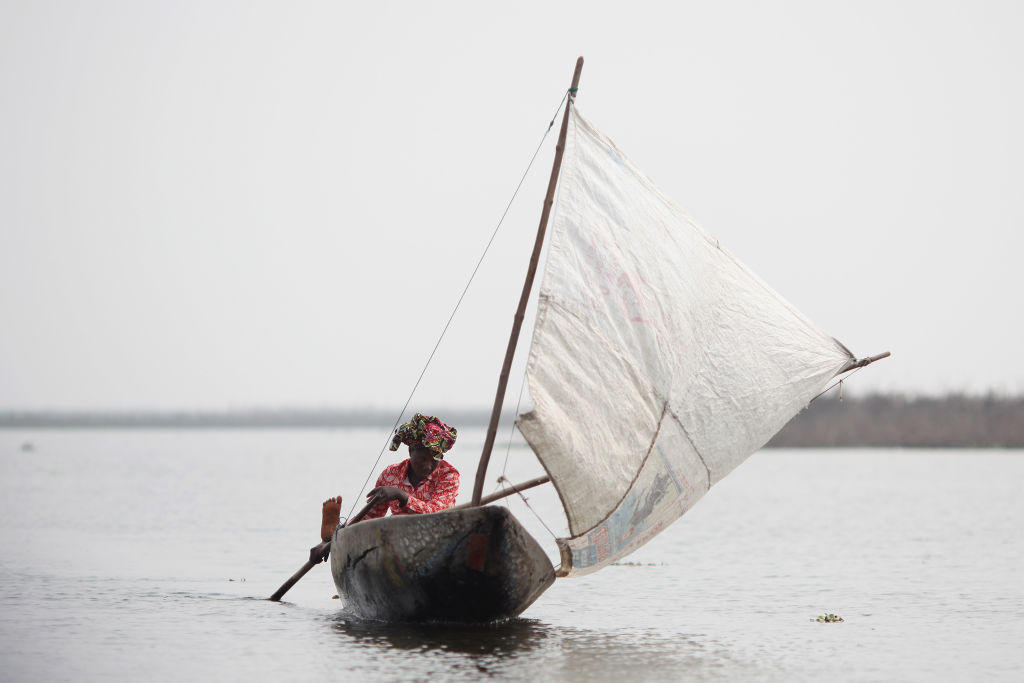 A woman makes her way across the lagoon on her boat on January 6, 2012 in Ganvie, near Cotonou, Benin. Often called the Venice of Africa, Ganvie is a stilted fishing village on Lake Nokoue, near Cotonou in Benin, the largest such village in Africa, and home to approximately 20,000 residents. (Photo by Dan Kitwood/Getty Images)

Benin’s parliament has voted to legalise abortion in most circumstances. This is a groundbreaking move by the west African country given that 92% of women of reproductive age on the continent live in countries which have restrictions – some moderate, some severe – on abortions. Moina Spooner, from The Conversation Africa, asked reproductive health expert, Ramatou Ouedraogo, to unpack the significance of this ruling.

Benin’s new abortion law, which amends a previous one, now states that:

“Upon the request of the pregnant woman, voluntary termination of pregnancy can be allowed when the pregnancy is likely to aggravate or cause a situation of material, educational, professional or moral distress incompatible with the interest of the woman and/or the unborn child…”

The voluntary termination of the pregnancy is not to happen after 12 weeks of amenorrhea, the absence of a period.

Before this amendment, a woman could get her pregnancy terminated if the pregnancy would threaten her health or life, in case of foetal malformation, or when the pregnancy was a result of incest or rape. The new law expands this to protect a woman’s education or career.

In 2017, only six out of 53 African countries, permitted abortion at the woman’s request during the first trimester of pregnancy. They were Cape Verde, South Africa, Tunisia, Mozambique, São Tomé and Príncipe, and Angola up to 10 weeks of gestation.

Zambia, like Benin, includes socioeconomic reasons in its abortion laws.

Benin’s new law will provide more women with access to safe abortion in instances that they may not want, or be able, to continue with a pregnancy.

For instance, a student who gets pregnant and fears dropping out of school as result, can request for her pregnancy to be terminated to give her chance to complete her studies. Previous studies have shown that continuation of studies is a common reason among girls and young women terminating pregnancy.

The same applies to a woman who already has three or four children that she is struggling to feed, and feels her current financial and material conditions cannot accommodate another child.

The new law opens the door for such women to access safe abortion, instead of resorting to unsafe methods and risking their lives.

Why has this stance been taken in Benin?

I will say that Benin took this stance mainly to protect and save the lives of women, and the long-term advocacy around this.

As seen across the world, laws don’t necessarily prevent women from seeking abortion services. Rather, they’ll find a clandestine, and possibly deadly, alternative. This is especially the case for women who lack resources and are economically vulnerable. This is because women with more wealth, a higher education level and strong network are more likely to access safe abortion than those with less resources.

The ongoing ethnographic study that the African Population and Health Research Center (where I work) is conducting in Benin in collaboration with Rutgers as part of the ‘She makes her safe choice programme’ concurs with such findings. It shows that women and girls are desperate, and so transgress the law.

They risk death and stigma, to get rid of pregnancy that threatens their lives and livelihoods. For instance, casual labourers – such as domestic workers and sexworkers – reported that unwanted pregnancies could be be detrimental to their jobs. They would have to stop working, thereby having no means of subsistence for themselves, and the new child.

Through our work we’ve seen how civil society organisations, health workers – such as gynaecologists and midwives (who are often encounter women who seek medical attention after unsafe abortions go wrong) – and international and national NGOs such as the (Beninese Association for the Promotion of the Family) engaged in long-term, and sometimes quiet, advocacy.

They used their experience to convince parliamentarians of the fact that pro-choice abortion laws will not encourage women to go for abortion. Rather, they will save the lives of those who will seek abortion regardless of the restrictions in place.

How does this approach compare with other countries in the region?

The Benin approach is somewhat groundbreaking in the Africa region. Benin goes beyond the Maputo Protocol, which has been the policy goal in the region for all the states, to:

The Democratic Republic of Congo has been the most progressive country in the francophone region, as they gazetted the Maputo Protocol in 2018. Apart from that, all the countries are still in the advocacy process for enforcing at least the Maputo protocol.

This development in Benin demonstrates that African policymakers are capable and willing to make laws that take into consideration women’s reproductive health and rights.

What will be the implications of this ruling?

This is a progressive step with regards to a woman’s reproductive health and rights. Making the decision to have an abortion has always been a hard decision for women. From my experience, women usually consider abortion as a last resort. It is a very difficult and emotional experience, which has been worsened by legal restrictions.

The implication of this ruling is that it brings relief for women in their decision making process. It will provide access to safe medical pregnancy termination from public and private health facilities. By accessing I mean cost and availability. Clandestine procedures are known to be expensive. On the other hand the services will be moving from hidden to publicly available in health facilities. In some cases, access to safe abortion ensures that serious consequences of unsafe abortion are averted.

However, it is important to note that the ruling of the law on its own is not enough for women to access medical abortion services. There is a lot to do including developing policies for the implementation of the law, working with health professionals to reduce the number of those who are likely to refuse to offer such services using conscientious objection. DM/ML

Ramatou Ouedraogo is an associate research scientist at the African Population and Health Research Center.