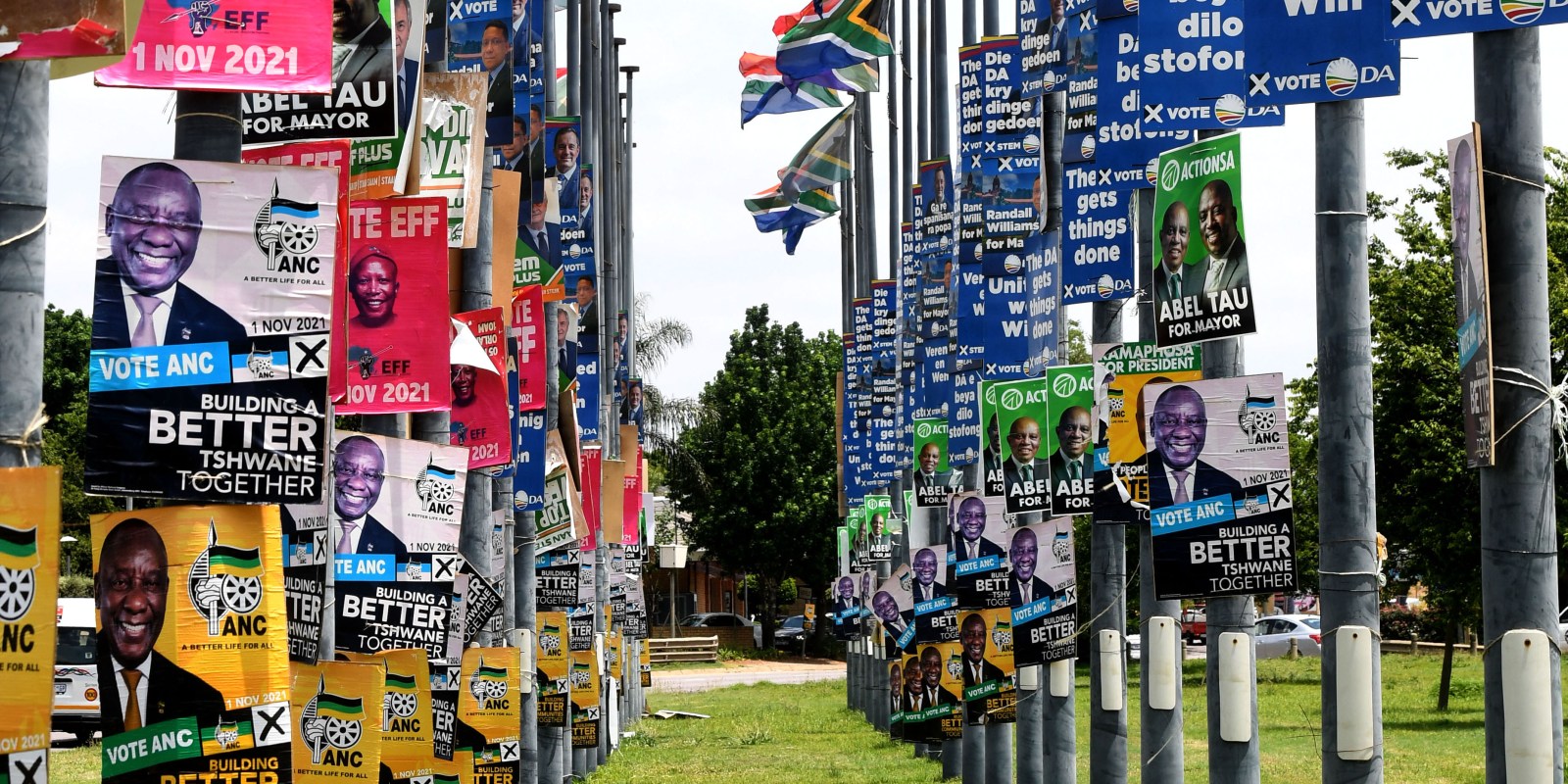 Political parties have just one week to finalise coalition talks and form governments in the 70 hung municipalities across the country. Failure to reach an agreement will trigger by-elections in which those communities will be expected to come out and vote anew.

Given the low voter turnout in the 1 November local government elections, one doubts whether a rerun of the poll will yield a different result or in more voters turning up to cast their ballots.

Yet we have heard political leaders, notably ANC President Cyril Ramaphosa, boldly declare that should the party fail to reach an agreement with potential political bedfellows it would favour by-elections in those various localities.

He insisted that the ANC was “not on our knees” and would not enter into coalitions at all costs.

This triggered a response from EFF Deputy President Floyd Shivambu, who took to Facebook to warn the ANC that a rerun of the elections would “wipe out” the ANC.

Yes, the EFF has seen some growth, from 8% in 2016 to 10% in the 2021 local government elections, but that is hardly a wipe-out of the ANC. The EFF has shown nominal growth in provinces like KwaZulu-Natal but is stagnant in Gauteng, while it lost support in Malema’s home province, Limpopo.

It is Pieter Groenewald of the Freedom Front Plus (FF+) and Herman Mashaba’s ActionSA that have real reason to celebrate.

Faced with these rigid positions, one might be forgiven for thinking that, come the end of the November, we will hear the IEC call for by-elections in various municipalities. But the cynic in me doubts that such a scenario will play out.

The thing is: although the majority of us use our brains to think, politicians tend to think with their stomachs … or is it their pockets?

I’ll bet you my last dime that, by the last week of November, most of the hung councils will be duly constituted. Even the ideological opponents who are currently bashing each other publicly will somehow find a way of making the coalition governments work.

Do not be surprised when you hear the parties cite the excuse of the high cost of doing by-elections, in a tough economic climate, as the motivation for some parties softening their original hardline positions.

Also, going for by-elections, given the negative voter sentiment in the country, would be akin to the parties playing political lottery. In the end, there will be agreements between these parties. The situation is also not as binary as the parties would have us believe.

Take the case of Maluti-A-Phofung in the Free State as an example. In that impoverished municipality the ANC was brought down to 39%  from 67% in 2016.

A disgruntled group of former ANC councillors, organised under the banner of Map16, won 28% of the votes in that municipality, earning themselves 20 seats. In the 70-member council chamber, they need 36 votes to form a coalition.

They have chosen to shun the DA and instead work with the EFF. Tactically this makes sense, because the DA has vowed not to work with the EFF – but it also holds two fewer seats than Julius Malema’s party, which has seven.

Adding all the opposition seats including the FF+’s one seat will give Map16 the majority in that council. Should the FF+ opt out of that arrangement, it would allow the ANC to sneak back into power by offering sweeteners to the other smaller parties.

This then leaves the FF+ with the question of whether to stay out of the coalition or support the Map16 collective without being part of a formal coalition.

The latter position would not be different from how the EFF allowed the DA to govern in Tshwane, the City of Joburg and Nelson Mandela Bay in 2016. The EFF voted with the DA to keep the ANC out of power but was not part of a coalition government. That way the FF+ would be able to explain to its EFF-loathing constituency that they are not “in coalition” with the EFF.

So, as with any other elections, horse-trading is in full swing.