BOLT FROM THE BLUE 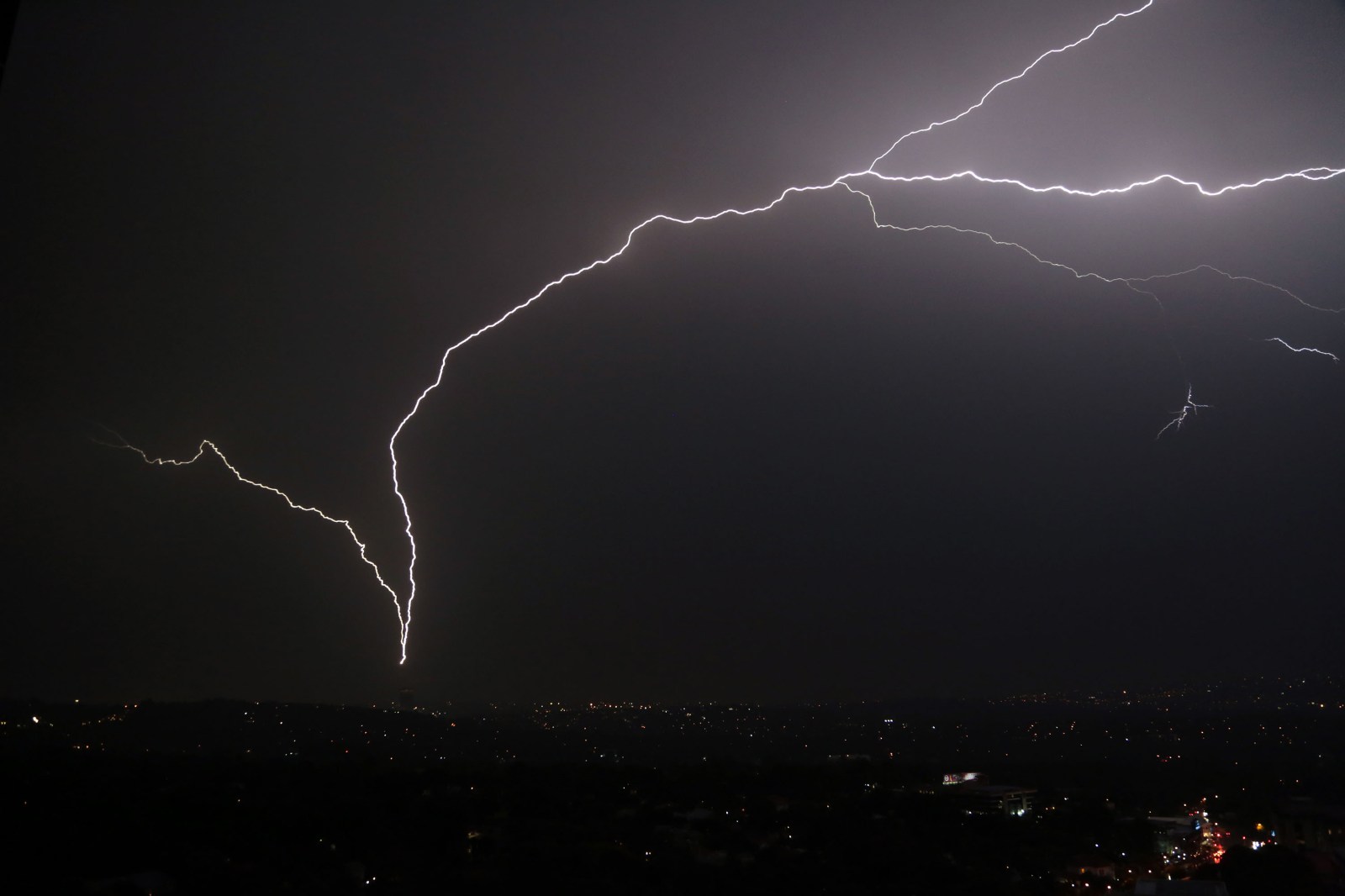 A lightning strike as seen over Johannesburg on 27 November 2020.Photo:Felix Dlangamandla/Daily Maverick

Scientists analysing the trauma effects of lightning on bone tissue believe their study could have wider implications for crime forensics and even insurance claims.

The giraffe died quickly but fortunately for scientists, there were witnesses.

In microseconds, a bolt of lightning surged through the animal leaving a unique mark that scientists hope in the future will help in identifying this often hard to establish cause of death.

This all happened when the giraffe’s skeleton ended up at the University of the Witwatersrand.

“So we were given the remains of the giraffe that was struck by lightning in one of the parks, and that kind of kicked it all off,” explains Dr Patrick Randolph-Quinney, Associate Professor from the Forensic Science Research Group at Northumbria University, and the Centre for the Exploration of the Deep Human Journey at Wits University.

It was there that a multi-disciplinary team of researchers decided to have a closer look at the skeleton to see just what lightning does to bone tissue.

They knew for certain the giraffe had died of a lightning strike, as it had been observed.

Usually establishing a cause of death from lightning involves examining soft tissue damage, seeking out signs of trauma to the skin and organs of the dead.

“We ended with a big chunk of giraffe bone and when you looked at it in sections, cut into thin slices you have got this pattern of trauma going on,” says Randolph-Quinney.

The team made up of specialists in forensic anthropology, anatomy, lightning physics and microcomputer tomography began looking at other bones. They tested pig bones and then moved on to human bones extracted from donated cadavers.

The lightning was provided in a lab at Wits’s Johannesburg Lightning Research Laboratory (JLRL). High impulse currents of up to 10,000 amps, mimicking lightning, passed through the skeletons. The researchers were able to pick up the same telltale micropatterning.

Finding these patterns could in the future help pathologists work out if a crime has taken place.

“Our work is the first research that identifies unique markers of lightning damage deep within the human skeleton and allows us to recognise lightning when only dry bone survives. This may allow us to recognise accidental death versus homicide in cases where cause is not apparent,” said Dr Nicholas Bacci, a lecturer in the School of Anatomical Sciences at Wits University and lead author of the paper, in a statement.

Their research was published in the journal Forensic Science International.

There could be other applications for this research, including its use in challenging livestock insurance claims.

Those who live on the Highveld often watch with a hint of pride the spectacular lightning displays that light up the summer sky, but there is a definite dark side to this natural phenomenon.

How it kills, however, is not that straightforward.

“You don’t have to be struck directly by lightning,” says Hunt. “That happens quite rarely. More often what happens is someone is standing next to an object that gets struck and they are touching that object.”

Sometimes farmers come across their herd of cattle all dead around a tree.

It happens to be another way lightning kills.

When an object like a tree is struck, the electrical current flows into the ground in a circular pattern. In the case of cattle sheltering under a tree from the rain, the current travels up their legs.

Those hit by lightning end up with cardiac and respiratory arrest and burns. Those who survive can be left with affected neurological functioning and even broken collar bones.

And we could be seeing more lightning in the future all thanks to climate change and extreme weather — a potential problem with many unanswered questions.

“One of the challenges we have is we are getting quite good at measuring lightning around the world nowadays, but it’s all quite new data. So it’s not enough time to really see if there is a change happening due to climate change.”

The scientists want to take their study to the next level by incorporating it with real forensic casework to establish causes of death.

It is hoped that this will provide scientists with a greater understanding of a natural phenomenon that, in many respects, remains a mystery to those who study it. DM/OBP