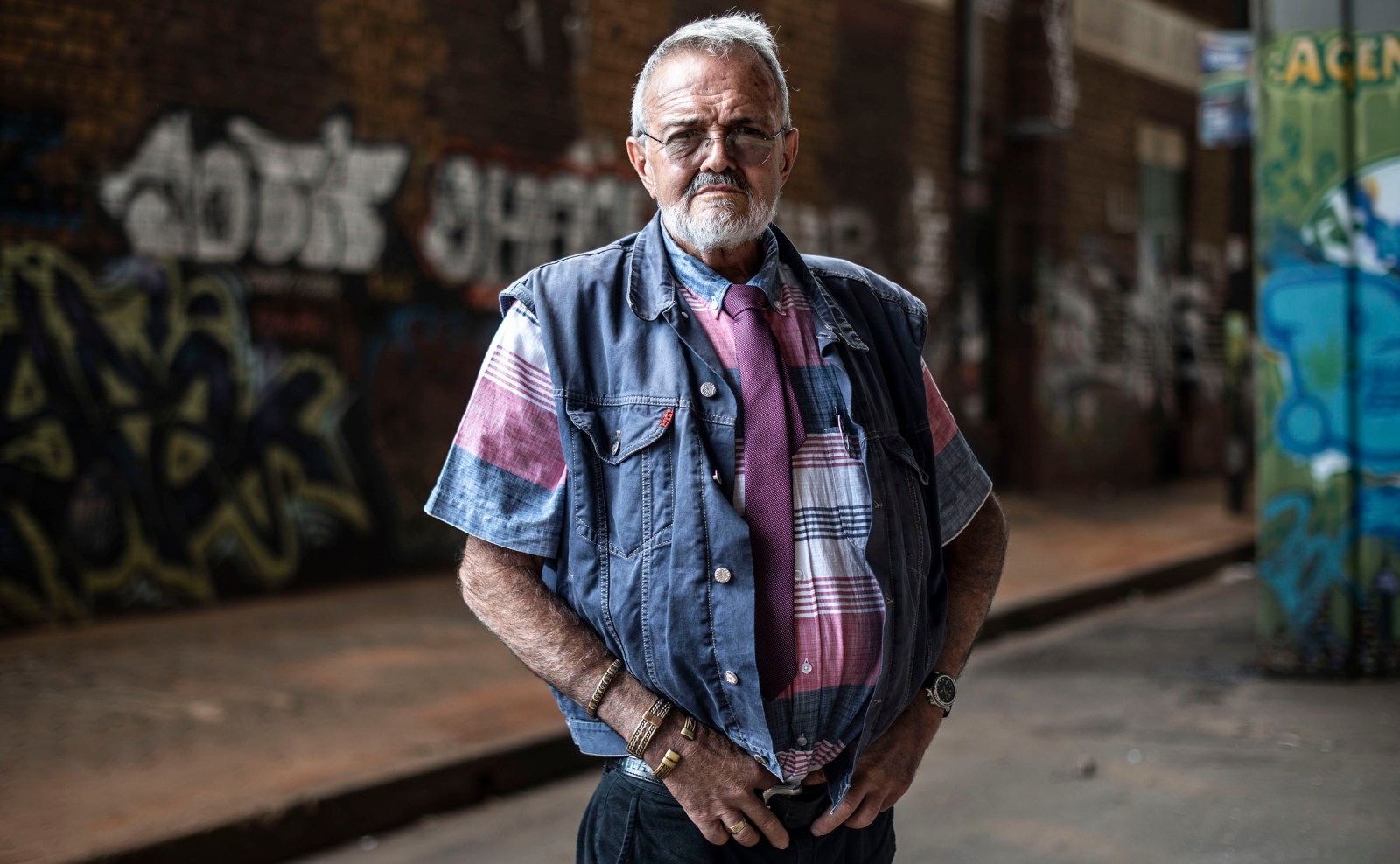 Apartheid-era cop Paul Erasmus’s book, Confessions of a Stratcom Hitman, reinforce just how dangerous character assassins armed with lies can be to the stability of a country. He refers to Stratcom as 'the National Party’s version of State Capture'.

It is impossible to imagine what South Africa would have been like today had the nation not been continually and ruthlessly fed orchestrated lies by the apartheid regime. A “truth” you think you know may be the result of the deceitful work of twisted minds.

This is brought home by former apartheid-era cop Paul Erasmus in his book, Confessions of a Stratcom Hitman, published this month by Jacana Media. He details just how tightly apartheid’s propaganda tentacles squeezed SA, crushing truth and lives.

Erasmus died in July at the age of 65, probably taking many secrets – some that likely still hold the potential to derail political and other careers – to the grave.

But Erasmus’s book offers some perspective on just how noxious the apartheid regime was, even through the eyes of someone who once staunchly believed in what it stood for – and acted on it.

It is a bare, unfussy take on some of South Africa’s most callous years as well as a combination of confessions and an intimate letter to his family. Confessions of a Stratcom Hitman is an easy read, but one that is also hard to stomach.

When he was writing the manuscript, Erasmus believed apartheid-era president FW de Klerk was a liar who should have been charged in relation to apartheid crimes.

The book also hints at a deep betrayal that still slithers around South Africa.

Referring to Winnie Madikizela-Mandela, so often targeted by apartheid propagandists, Erasmus writes: “In fact, Stratcom’s campaign against Winnie suited many in the ANC because it ultimately sought to wear her out. She was, after all, the enemy within for many ANC leaders. It came as no surprise, therefore, that some apartheid-era agents and informers, now riding high within the ANC, were among her loudest praise-singers when she died.”

These words imply that high and mighty ANC figures are traitors to democracy. The focus of Erasmus’s book, though, is broader.

Around the bones of personal detail, including how his life was ravaged because of how he ravaged the lives of “enemies” of apartheid, Erasmus uses Stratcom as the flesh of the book.

Stratcom – also known as Strategic Communications – was, according to a Truth and Reconciliation special report, “a form of psychological warfare waged by both conventional and unconventional means. Its earlier activities involved random acts of intimidation, such as the vandalising of property, the making of threatening phone calls and so on.

“Later it involved actions such as the unlawful establishing of arms caches in an attempt to establish the credibility of Security Branch agents or to provide a pretext for [other] actions.”

Stratcom, of course, was not run within the confines of the law. A key aspect was manipulating “information” that was fed to the public – such as tarnishing Madikizela-Mandela’s image, for example.

Erasmus’s recollections reinforce just how dangerous character assassins armed with lies can be to the stability of a country. He refers to Stratcom as “the National Party’s version of State Capture”.

As we now know, State Capture has included the targeting of figures investigating or blowing the whistle on crimes leading back to the government. These people are often portrayed as bad and become the victims of smear campaigns.

It should also serve as a warning to South Africans.

It is in this murky arena that fake and doctored intelligence dossiers fit. This also extends to the media and related platforms used to spread news – or concocted misinformation.

“Stratcom works most smoothly when the media is ignorant or, to be more generous, ill informed – it helps political parties and their agents to fuel an ignorance that already exists,” Erasmus writes.

But he points out that the word is too easily bandied about these days, losing potency.

“Stratcom was not as straightforward as simply toying with the media to reach an audience, or ‘buying’ a few journalists,” he says.

“We in Stratcom wanted to annihilate … We were trained to permanently neutralise – ideas or people or institutions – on behalf of the government of the day, using unlimited state resources to do so. By late 1990, when we finally received formal Stratcom training, it was no longer about race for us. We were sadists looking for targets.”

There’s an unsettling, almost nauseating, undercurrent in the book, reinforced by the immature, whoopee cushion-style “sense of humour” of the brutes carrying out atrocious crimes.

Young “cops” were groomed and encouraged to terrorise those deemed to be opposition. In their bags of foul tricks was everything from chemicals to nullify contraception to firearms that could not be traced back to them. Even a request for HIV-infected blood once surfaced.

Intimidation was meted out gleefully. Think giggling when emptying a laxative into instant coffee meant for trade unionists and howls of laughter when pouring tear gas powder into an air-conditioning system.

In between such cruelty coated in warped jest, countless people were murdered.

Aside from providing gritty and minute details about how the country’s security forces operated in the past and adding personality and character to names, Erasmus’s book also highlights striking patterns in South Africa’s policing sector, as well as ironies. One such irony is how apartheid forces slyly and discreetly tried to sow division within groupings viewed as a threat.

Erasmus’s recollections also expose just how fragmented apartheid’s police services were. There were divisions within policing divisions as well as a deep mistrust among individuals meant to be working together.

The police service pre-1994 was not unified. This is very much like the SAPS of today, a seriously divided organisation with officers mistrusting each other.

Erasmus also reveals sickening crime trends in the apartheid police service that have endured, such as police officers getting their hands on illegal firearms for nefarious reasons and, of course, cops pairing with crooks or becoming crooks.

Another irony the book presents is how Erasmus was, in a sense, a victim of himself because of what he did under apartheid. He comes across as a man who made his way through the harsh digestive tract of the former regime with vigour and intent, only to find himself excreted from it with no nutritional value to the world. And he knew this.

Erasmus acknowledges he was a monster. But his book does not seem intended to induce sympathy or mitigate his past actions. Rather, it is more about how Erasmus grappled with his past or, simply, with himself.

Confessions of a Stratcom Hitman comes at a time when authorities are being pressured to relook at certain crimes committed under apartheid.

Erasmus testified at the reopened inquest into the death of trade unionist and physician Neil Aggett, who was found hanging in a police cell in February 1982 at a Johannesburg police station, then known as John Vorster Square. He also testified at the inquest into the death of South African Communist Party member Ahmed Timol, who died in October 1971. Timol was thrown from the 10th floor of John Vorster Square, although apartheid cops would claim he jumped.

Disinformation and misinformation shroud South Africa’s past. These legacies of apartheid are still an immense problem. Truths buried decades ago beneath state-concocted lies need to be excavated.

It will take all sorts to do this, to come forward and blow a whistle, no matter how many years have lapsed. Erasmus has seemingly tried to dig up and expose cover-ups.

So perhaps the greatest irony is that Erasmus was once someone who intentionally scrambled fact and fiction, pumping out mistruths to the public and scribbling over real history. But now here he is, in his book, telling his story and trying to convey his personal history, the authenticity and intent of which some may rightfully question because of the very history he writes about. DM168