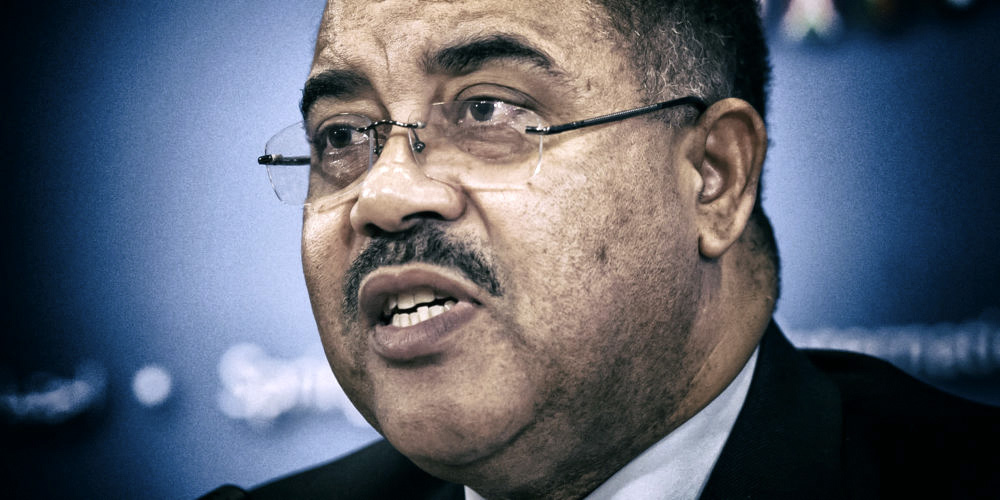 The high court’s decision that Mozambique’s former finance minister be surrendered to the US will test Pretoria’s relations with Maputo.

Johannesburg’s high court kept Pretoria legal, but also sent ripples of dismay among some quarters in Mozambique and no doubt across southern Africa when it ordered Manuel Chang’s extradition this week. Mozambique’s ex-finance minister will face corruption charges in the United States.

This week’s decision doesn’t sit well with Maputo and the Frelimo ruling party. The Justice Ministry and the Attorney-General’s Office expressed their strong disagreement with the judgment according to local news sources, and is seeking leave to appeal.

South Africa’s African National Congress and Frelimo are members of an informal club of ‘Former Liberation Movements’ in government in southern Africa. And probably the other members of that club — in Zimbabwe, Tanzania, Namibia and Angola — are also concerned that South Africa seemed to favour the US over a political comrade.

Within Mozambique however, the many members of Mozambique’s Forum for Monitoring the Budget (FMO) have a different view. FMO is an umbrella organisation of watchdog non-governmental organisations that had asked the court to overrule Lamola’s decision. It said the Mozambique government had no real intention of prosecuting him fully, and so the extent of his involvement, and that of others, in the hidden debt scandal would never come to light.

Such a full revelation was much more likely in a US court, FMO said. Many questions have been raised about the complicity of current President Filipe Nyusi, for example. He was defence minister in 2013 and 2014 when Chang was finance minister.

Chang secretly signed government surety for the $2-billion loans from Swiss and Russian banks to three Mozambique security-agency related parastatals. This was to finance the purchase of a fleet of tuna fishing boats and military vessels to patrol the country’s waters.

Mozambique hadn’t prosecuted Chang until it saw that he was about to be extradited and might spill the beans in a US court. Johannesburg’s high court found that even now, it wasn’t clear that Mozambique authorities had issued a valid warrant for his arrest, or whether he didn’t still enjoy immunity from prosecution as a former minister and Member of Parliament. These facts lent considerable credence to FMO’s scepticism about his intentions.

Since Chang’s arrest in South Africa on a US warrant and America’s attempt to extradite him, Maputo has finally started moving against others implicated in the case. But they’re rather small fry and are mostly refusing to talk — suggesting they have more to fear from their minders outside court than from the law. They could be taking the rap for bigger fish.

All this makes Judge Victor’s decision to order Chang extradited to the US look the more sensible one. In some ways, it was nonetheless surprising. When the Johannesburg high court — with Judges Denise Fisher, Edwin Molahlehi and Colin Lamont presiding — overturned former justice minister Michael Masutha’s decision of May 2019 to extradite Chang to Mozambique, it returned the decision to his successor, Lamola, to reconsider in the light of all the facts.

So Judge Victor’s decision this week in ‘Chang 2’ was essentially a reprise of the decision in ‘Chang 1’ — with one essential difference. She didn’t order the justice minister to reconsider his decision, she made it for him: send Chang to the US because he may still enjoy immunity in Mozambique.

Judge Victor knew the court might be accused of overreaching and violating the doctrine of separation of powers by taking such an important decision. But really she had no choice. As advocate Max du Plessis, representing the FMO, pointed out in court, there were really no new facts to consider as the high court was already familiar with the case after Chang 1. And Judge Victor also agreed with du Plessis that Lamola hadn’t substantiated his contention that his decision to extradite Chang to Mozambique was “polycentric and policy-laden”.

“The minister does not invoke complex, sensitive reasons of diplomacy or policy to make his decision,” du Plessis argued. Lamola, one must recall, had supported the FMO in its opposition to Masutha’s May 2019 decision. He quietly favoured Chang being extradited because this was the legally soundest option. This emerged in Chang 2 when du Plessis revealed a memo authored by all of Lamola’s most senior advisers — and approvingly signed by Lamola himself — recommending extradition.

But officials suggested to ISS Today that Lamola had come under immense political pressure by pro-Frelimo elements in President Cyril Ramaphosa’s cabinet. Some analysts have speculated that Ramaphosa himself might have done a deal with Nyusi to send Chang home. This was if Nyusi lifted his objection to the Southern African Development Community sending a military force into Mozambique’s Cabo Delgado province to eradicate the growing jihadist insurgency there.

So Lamola already had all the facts. If Judge Victor had returned the case to him he would presumably have again advised Ramaphosa to send Chang to the US. And Ramaphosa would again have had the final say. In effect, then, Judge Victor was ordering not just Lamola, of course, but the whole South African government to respect its own Constitution and the rule of law.

That’s a rather embarrassing admonition for Pretoria but a victory for South Africa, underlining that even if the current incumbent might need prodding, government is eventually guided by the rule of law. It somewhat recalls the saga of 2015 when the courts ordered the Zuma administration to arrest then Sudanese president Omar al-Bashir and surrender him to the International Criminal Court. The government refused and was severely rebuked by the courts.

In both cases Pretoria found itself caught in a dilemma between its own constitutional values and its solidarity with other African governments. The latter was obviously a powerful factor then and is still now, though perhaps less so. Yet it’s still possible to imagine that Pretoria will find a way not to put Chang on a plane to the US.

On the other hand, as a lawyer involved in the case suggested, Ramaphosa could tell Nyusi,  “Well we made the decision you wanted, but the courts made us reverse it.” That may not be a convincing argument to Nyusi, who would probably never have allowed his country’s courts to overrule him on such an important issue.

But it does sharply distinguish South Africa as a country where the constitution and the rule of law prevail. And that, in the long run, is more important to countries and their investors — whom Ramaphosa, one might have thought, needs to impress more than Frelimo. DM