The Olympics are great for propagandists – how the le... 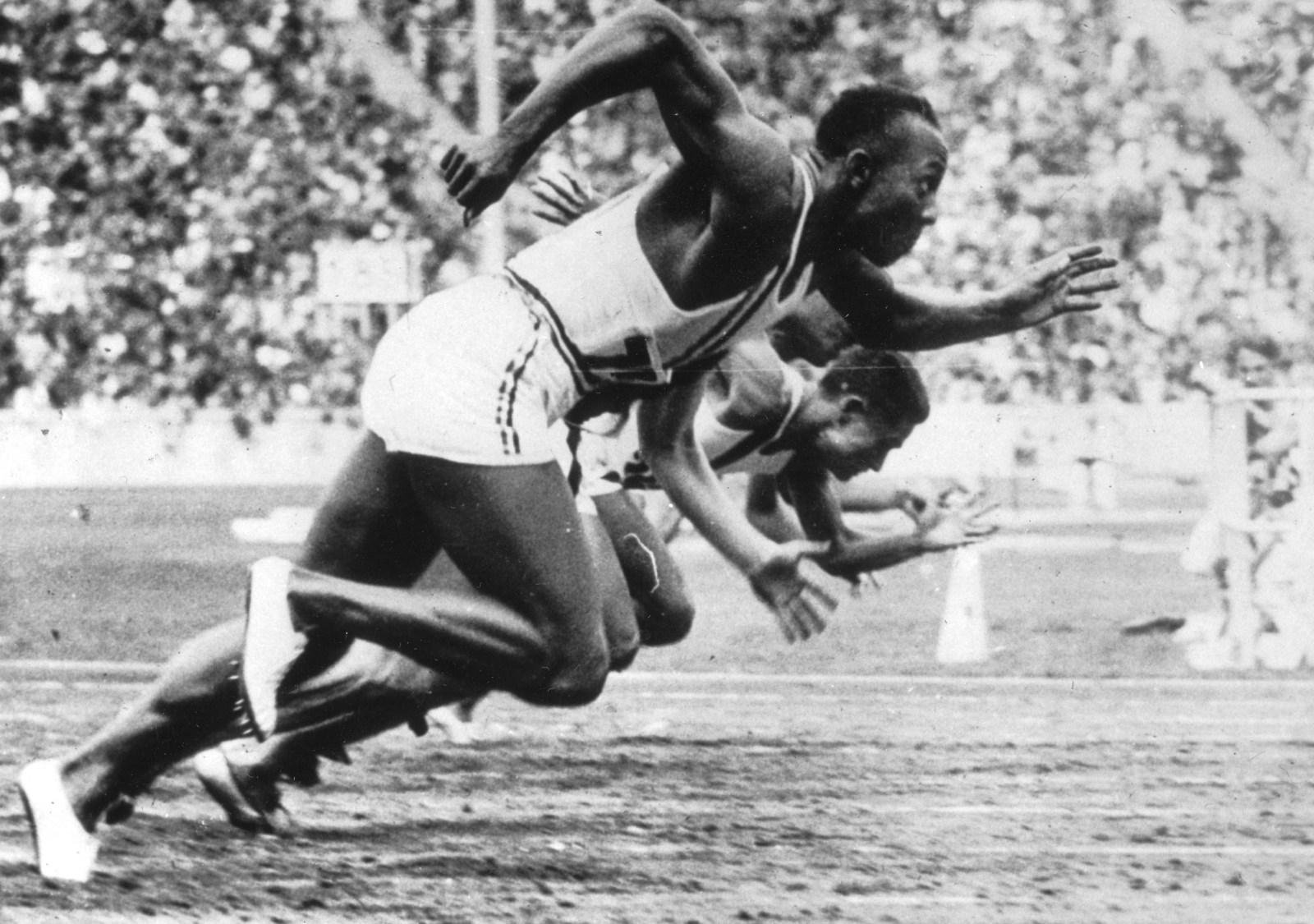 There has always been a group of sports reporters less afraid to point out obvious political unpleasantness. The Beijing spectacle is American sports journalism’s Red Smith moment.

On the morning of 14 August 1936, two NBC employees met for breakfast at a café in Berlin. Max Jordan and Bill Slater were discussing the Olympic Games they were broadcasting back to the US – and the Nazi propaganda machine that had made their work, and their visit to Germany, somewhat unpleasant.

Slater complained about all the staged regimentation and the obviously forced smiles everywhere.

“Why don’t they revolt? We wouldn’t stand for all this browbeating and bullying in America. I know that. Why do they stand for it here?” Slater asked Jordan.

As they were talking, three armed Nazi guards sat down at the next table. The whole café quieted. “It was as though a chill had come over those present,” Jordan later recalled. “In a nutshell, there was the answer to Bill’s question.”

I included the story Max Jordan recounted in his memoir in my book on the Nazi origins of Olympic broadcasting because it perfectly encapsulates the quandary facing American sports journalists whenever the International Olympic Committee (IOC) pushes them to broadcast happy images provided by repressive regimes.

It’s now fewer than 100 days from the opening ceremony of the 2022 Beijing Winter Olympics, and therefore it’s time for an honest discussion about the ethics of sport journalism and the morality of American media’s complicity with authoritarian regimes that hide the active repression of their citizens.

The world knows what China is doing right now. Courageous reporting has publicised the series of repressive domestic and international actions taken by the Chinese government over the past five years.

The persecution of the Uyghurs and other human rights abuses, the abrogation of the Hong Kong treaty along with the imposition of the Chinese government’s repression in that port city, and the prevention of a comprehensive and transparent investigation into the origins of Covid-19, are all well documented.

Thus, the Chinese government now wants good press in the West. And its efforts to ensure favourable coverage have prompted new concerns about media control and censorship during the Games.

A US government spokesperson recently urged Chinese government officials “not to limit freedom of movement and access for journalists and to ensure that they remain safe and able to report freely, including at the Olympic and the Paralympic Games”.

But, as was clear from the experience during the 1936 Olympics, if US journalists go to Beijing and emphasise the beauty of its landscape, the happiness of its citizenry and its futuristic infrastructure, and fail to cover the more controversial realities in China, that would signal compliance with – and promotion of – Chinese propaganda.

On 4 January 1980, Walter “Red” Smith, the veteran New York Times sports columnist, surprised his readership with his endorsement of the boycott movement against that summer’s Moscow Olympic Games. Boycott advocates were protesting against the Soviet Union’s invasion of Afghanistan.

Smith’s stance was unexpected, as he had carefully sidestepped – or even ignored – many other moments he considered unhealthy political intrusion into international athletic competition. But Smith wrote that history had proved that America’s participation in the Nazi Games was a mistake – even if the great black American runner Jesse Owens redeemed the event in public memory.

“When Americans look back to the 1936 Olympics,” Smith wrote in his famous column, “they take pleasure only in the memory of Jesse Owens’s four gold medals.” Outside of that, he admitted, “we are ashamed at having been guests at Adolf Hitler’s big party.”

Smith was an old-school sports reporter, already an old-timer in 1980 – he died in 1982. His reporting and columns reflected the influence of Grantland Rice and Paul Gallico, the giants who invented modern American sports writing in the 1920s.

But there had always existed another group of sports reporters less afraid to point out obvious political unpleasantness.

For example, the great Jimmy Cannon had no problem freely peppering political references and acerbic commentary throughout his columns.

Westbrook Pegler detested the Nazis and criticised them relentlessly throughout the 1936 Games. And Howard Cosell’s sharp commentaries, on such issues as Muhammad Ali’s boxing suspension in the 1960s and the political activism that erupted in 1968 in Mexico City, remain a credit to his legacy.

That Red Smith had spent decades remaining largely apolitical in public made his support for the boycott surprising. That he was only the second sports columnist to be awarded a Pulitzer Prize, and that his opinions were widely respected, gave his endorsement significant clout.

Smith opened the gates for others to point out the incongruity and obvious hypocrisy of celebrating the Soviet Union’s peaceful intentions while the Soviet army was invading and occupying Afghanistan.

In his column, Smith quoted British member of parliament Neville Trotter, who led the boycott movement in Great Britain.

“This is the one lever we have to show our outrage at this naked aggression by Russia,” Trotter told Smith. “We should do all we can to reduce the Moscow Olympics to a shambles.”

One well-known and nationally respected sports journalist has explicitly and unambiguously called for a boycott of the 2022 Beijing Games: Sally Jenkins. The Washington Post’s veteran columnist – who in 2020 was a finalist for the Pulitzer Prize for commentary – published a scorching column plainly stating that “ignorance is no longer an excuse”.

“It was a forgivable mistake to award an Olympics to Beijing in 2008,” she wrote. “It’s unforgivable to hold one there now.”

Smith’s boycott column remains one of his most important and lasting examples of public service. As a media historian, I believe that those who emulate his courage today, like Jenkins, are likely to be remembered in the same way tomorrow. DM/Reuters

This article is part of The Conversation series on Reuters Connect, but not bylined, according to Reuters’ policy.