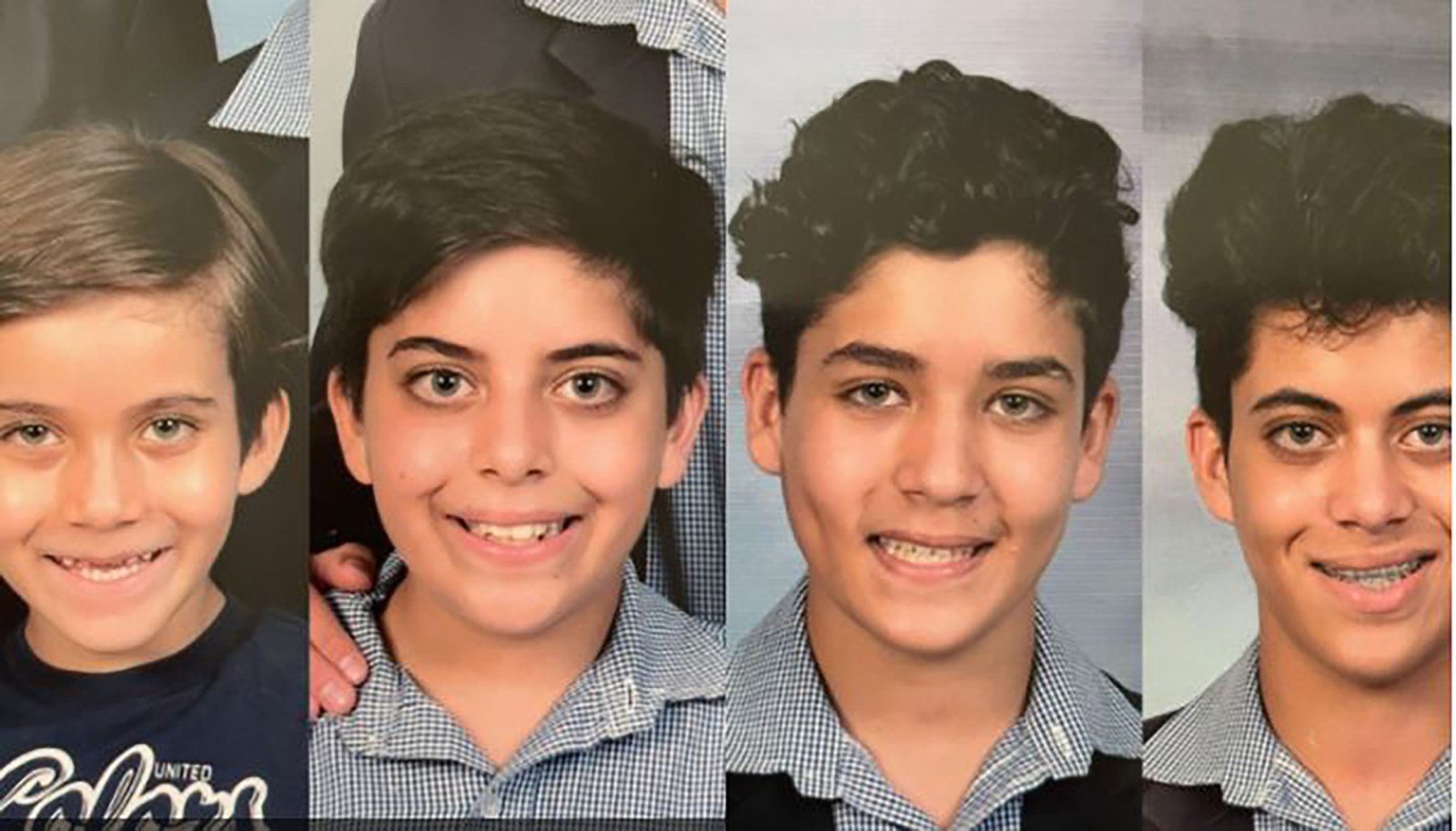 Zia, Alaan, Zayyad and Zidan Moti were kidnapped in Polokwane while on their way to school. (Photo: Supplied)

It is unknown at this stage whether a ransom was paid. The police are interviewing the boys and have remained tight-lipped about the investigation. The full story has not yet been told, and may never be.

While there was relief all round at the safe return of the Moti brothers, Zia, (15), Alaan (13), Zayyad (11) and Zidan (7), on Thursday after their kidnapping en route to school in Polokwane on 20 October, there are growing calls for the crime to be made a national issue.

SA Police Service (SAPS) crime statistics for 1 April 2019 to 31 March 2020 showed there were 6,632 kidnappings that year alone, most of which certainly didn’t make headlines.

The Moti boys, sons of businessman Naazim and his wife, Shakira, were reportedly dropped off and made their way to the home of a Vuwani resident before being reunited with their families.

It is unknown at this stage whether a ransom was paid. The police are interviewing the boys and have remained tight-lipped about the investigation. The full story has not yet been told, and may never be.

The figure for reported kidnappings in 2010/2011 was 2,839 and the upward trajectory of this particular crime by 133% by 2019/2020 places South Africa at risk of being placed on a “consolidated watch list” of countries viewed as kidnapping hotspots.

Twenty-five countries, some of them “non-conflict countries”, and including Argentina, Turkey, Kenya, Madagascar, Colombia, Brazil and Mozambique are on the list.

According to Hostage US, an organisation that supports US hostages and their families involved in kidnappings globally, kidnapping “is continuously evolving; spreading geographically and numerically on the international stage”.

Lizette Lancaster, Crime Hub Manager, Justice and Violence Prevention with the Institute For Security Studies, wrote in November 2020 that in 2019 kidnappings in SA were up by 16%, with 930 more cases recorded than in the previous year.

“While an escalation occurred across all provinces, the increases of 78% in the Free State and 37% in KwaZulu-Natal are especially concerning,” wrote Lancaster.

The kidnapping of the Moti brothers is just one of several high-profile cases of businessmen, mostly Muslim, who have been targeted. In many of the cases the families prefer not to deal with the SAPS, which one can understand, but it entrenches the criminal abuse.

It is quite clear the SAPS and Crime Intelligence are incapable of dealing with the soaring numbers.

Lancaster wrote that as with most crime the risk was not spread evenly, with one-third of kidnappings occurring in Gauteng and 21.5% in KwaZulu-Natal, the country’s most populous provinces.

“The remaining 45% are fairly proportionately distributed across the other provinces. Most importantly, half of all kidnappings are recorded in only 9% of police station areas,” she said.

Lancaster pointed out that kidnappings occur for numerous reasons.

“The SAPS Crime Registrar’s office researches the circumstances behind kidnappings based on a random sample of dockets from different provinces,” she noted.

When the case file included sufficient information, an analysis of the incidents was undertaken. For 2019/2020, a sample of 3,024 dockets had been selected where a clear motive had been present.

Kidnapping for ransom and extortion combined, the statistics show, contributed less than 5% of the sample, while more than a quarter (27%) involved kidnapping with the intention to commit a sexual offence.

“This is a large and worrying proportion. While the SAPS’ data show that 45% of the total number of sexual offence complaints investigated are against children, there is no indication of the proportion that also involved kidnapping,” wrote Lancaster.

The available data indicated that young children were most likely to be kidnapped by a legal guardian during custody disputes. Cases also occurred when “one guardian fails to ask permission to take a child from the other guardian”.

The SAPS, she noted, published information on active missing cases, some dating back to 2014.

“The single biggest cause of kidnapping (46%) is related to armed robberies (including hijackings). Police analysis suggests that the likely victims are adults who are taken to ensure tracking devices aren’t activated or to access cash from the victims’ bank cards,” she wrote.

The 43% increase in aggravated robbery numbers since 2010/11 was a likely contributor to the 133% increase in kidnappings over the same period, opined Lancaster.

She also noted that it was significant that “human trafficking motives were found in only 16 of the 3,024 kidnapping cases”.

“However, trafficking in people is often dealt with under different legislation and not necessarily classified as kidnapping. The exact numbers in human trafficking are therefore difficult to quantify.”

The story of the kidnapping, holding hostage and release of the Moti brothers is still unfurling. DM