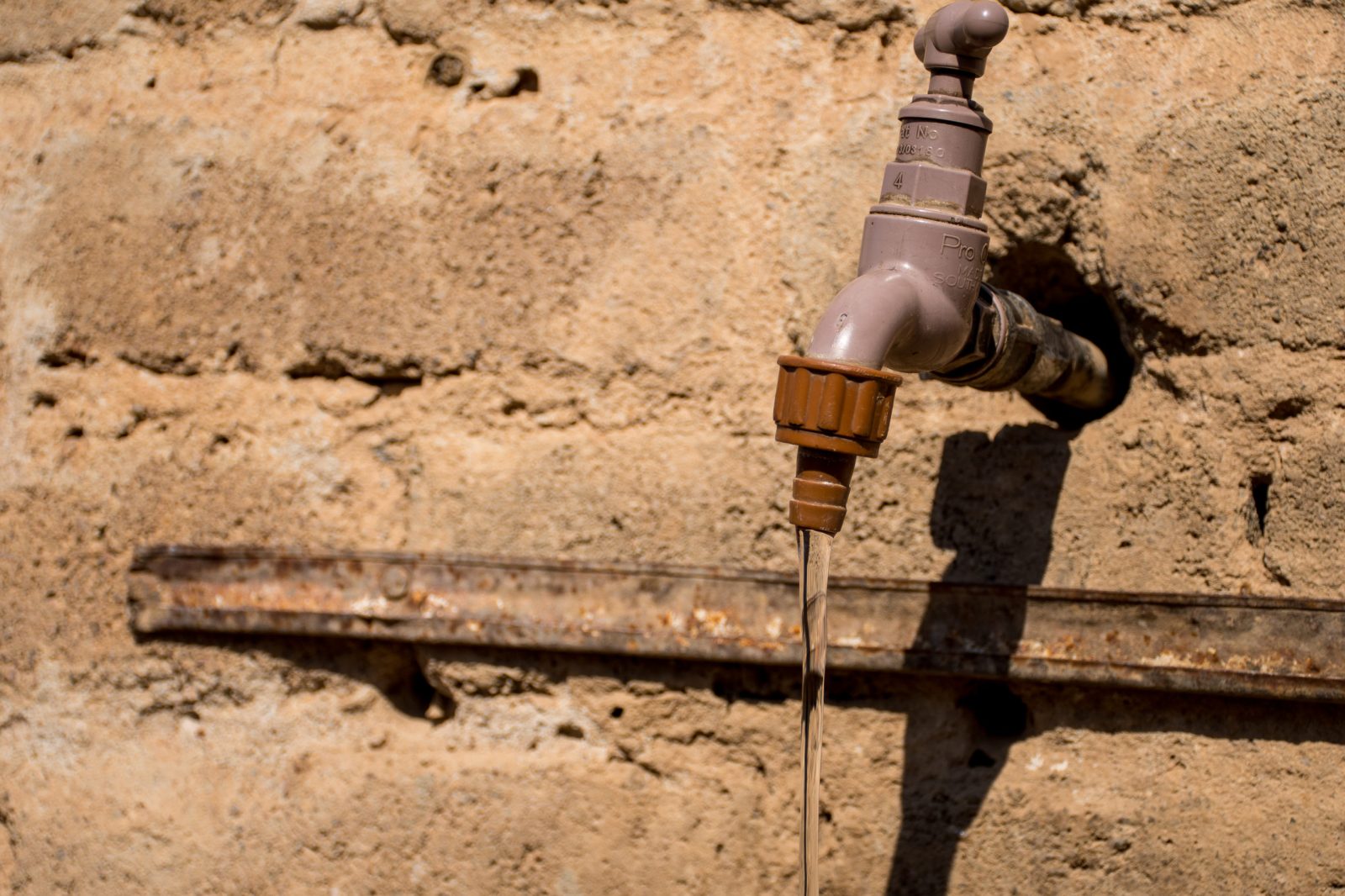 Chief Sikho Socikwa says there are only 12 standpipes to cater for 3,100 households and that although Mhlontlo Local Municipality provided three JoJo tanks, they haven't been filled with water since 2016. (Photo: Julia Evans)

Broken promises over dam project said to be reason ANC vote dropped from 83% to 53% in Mhlontlo in the Eastern Cape.

Villagers in Ward 14 of Mhlontlo Local Municipality near Qumbu in the Eastern Cape decided to teach the ANC a lesson in these local government elections. ANC support fell from 83% in 2016 to just 53%, with independent candidate Bhekizenzo Gigi collecting 31% of the vote. Support for the EFF also dropped significantly. Unlike in most of the country, voter turnout was virtually the same in 2021 as in 2016. Gigi won the ward seat.

“We voted for an independent candidate because the ANC government failed to build us a dam it had promised us,” says Lalini village community leader Bhanile Nomanqina.

“In 2013 at Tsolo Junction former president Zuma held a sod-turning for three dams under Mzimvubu Water Project. Zuma said everything was done and the project could start anytime.

“Then in 2017, we saw the engineers in and out of our village … That progress brought huge smiles on our faces because we were going to get jobs.

“In 2019, before the national elections, we decided to shut down the Tsitsa Bridge on the N2 with burning tyres after the [dam] project was halted.

“Our mayor, Nompumelelo Dywili, Cogta MEC Xolile Nqatha and Minister of Water Senzo Mchunu were called to address us. They begged us to go and vote. Then they promised us that the construction of the dam will start after the [national] elections. But until today that never happened.”

Then in October, Mchunu came to campaign for votes, says Nomanqina.

“Mchunu told us that there was never a budget for the project … But he will approach the Minister of Finance Enoch Godongwana and ask for funds.

“His response made us very angry and we told him that they must forget about our votes because they are liars and untrustworthy. They duped us for our votes in 2019, and now again they wanted to do the same thing,” he said.

Kamogelo Mokgotsi, spokesperson for Minister Mchunu, said, “A company had been appointed during the late Minister Molewa’s tenure to do designs. There are currently challenges which need to be resolved by the department and such company.”

A 2014 feasibility study for the dams can be viewed here.

“The ANC makes us, the traditional leaders, look like failures in the eyes of our people, because of its empty promises,” said Chief Sikho Socikwa.

“We have 3,100 households and 12 standpipes. The taps are very scattered and four of them are broken. For a week now our taps have been dry, but we have the Tsitsa Dam that is overflowing during heavy rains! Municipality put three JoJo tanks with a capacity of 2,500 litres, but they were last filled with water in 2016.”

Socikwa said villagers who cannot afford to hire donkeys for R50 have to walk up to four kilometres to reach the Tsitsa River.

The chief said the community struggles with sanitation, high unemployment, and drug abuse among the youth. People survive on social grants. They had hoped the dam would bring jobs.

Nontlahla Lawana, a mother of three, said she spends about three hours a day fetching water when the taps are dry, which is sometimes for as long as three weeks. “The municipality does not even send water tankers to help us,” she said.

She said they share the river with animals. Sometimes they have found used nappies floating in it. Trucks from companies also dump effluent illegally, she said.

Newly-elected ward 14 councillor Gigi said, “I became an ANC member in 1994. I have been a ward committee member since 2011 until this year. Since 2016, the community has been calling for me to be a ward councillor. But I chose not to compete with my fellow comrades.

“In my tenure as a ward committee member, the ANC failed in many projects. My priority is to make sure that the Mzimvubu Water Project starts and creates jobs for this community. Also to address the water crisis,” he said. DM