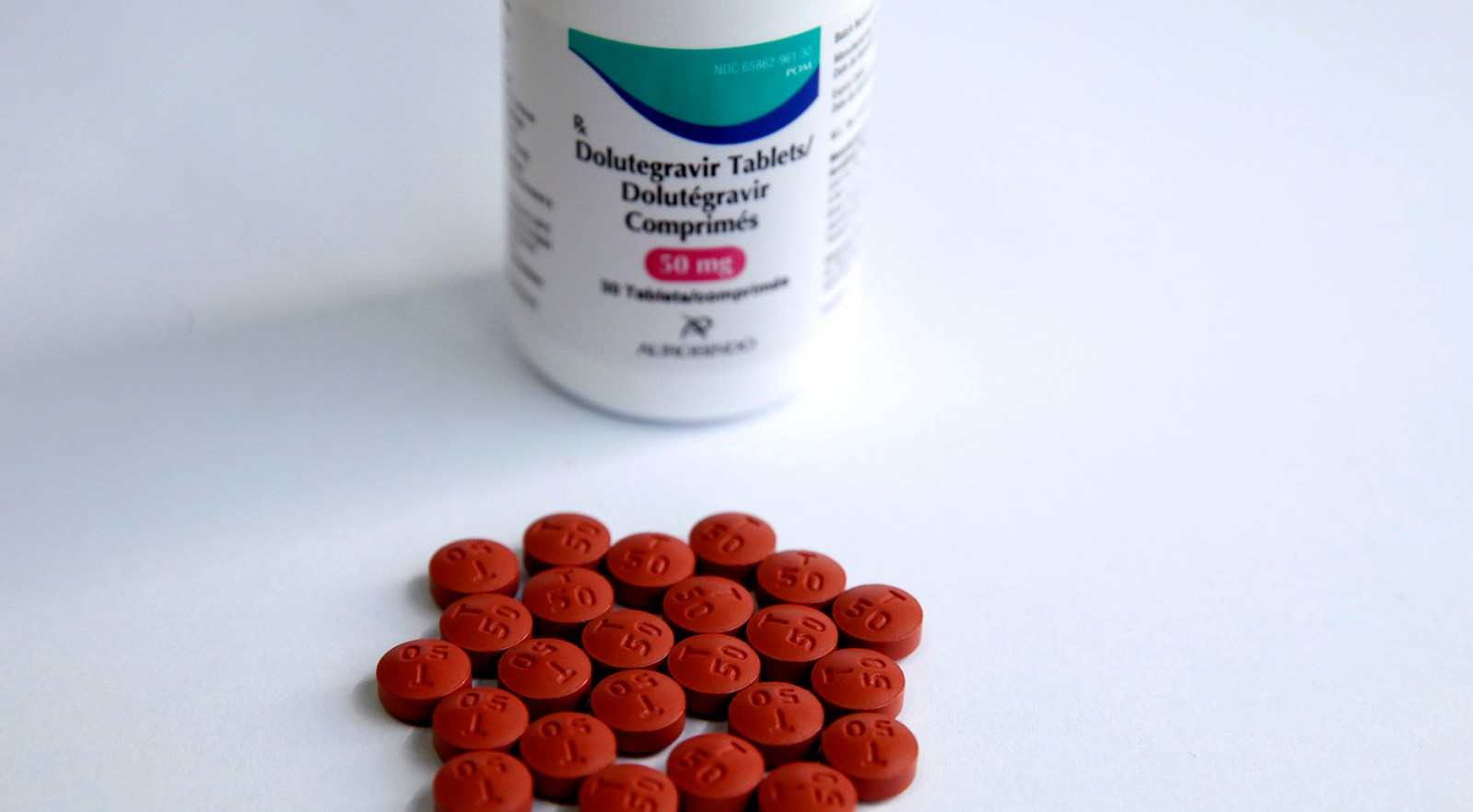 Dolutegravir is currently available in South Africa for children and adolescents only in a 50mg single drug pill and in a fixed-dose combination pill of tenofovir, lamivudine, and dolutegravir (containing 50 mg of dolutegravir). (Photo: gnpplus.net/Wikipedia)

Medical professionals believe that a dolutegravir 10mg dispersible tablet will serve as an urgent means of simplifying antiretroviral treatment options for minors.

Children living with HIV have to take multiple different antiretroviral (ARV) pills or syrups twice a day, while most adults in South Africa have been offered one pill once a day regimen for around a decade. At the recent South African HIV Clinicians Society (Sahcs) conference, various speakers argued that better treatment regimens for kids are needed urgently.

According to Professor Moherndran Archary, who represents Child and Adolescent Interests at the Sahcs, there are several opportunities to improve access to simplified treatment for children. One such opportunity is simply to make new child-friendly formulations of existing medicines available.

“The use of dispersible tablets in children will allow for simplified once-daily regimens that can be dissolved in liquid and swallowed, chewed or swallowed whole — which allows flexibility for administration for caregivers,” he tells Spotlight.

He says that in the longer term, they are looking forward to several studies that are evaluating long-acting formulations in children,  which will allow patients to receive one injection that would last two or more months. Such injections have already had impressive results in trials conducted in adults.

Archary says one urgent step toward simplified treatment options for children in the country is for the South African Health Products Regulatory Authority (Sahpra) to register a dolutegravir 10mg dispersible tablet. In recent years, dolutegravir has become the backbone of HIV treatment in adults due to its high efficacy in suppressing HIV and its excellent side-effect profile. Apart from the benefits of such a formulation being dispersible — the current ones are pills you have to swallow — the 10mg dosage will also allow for more precise dosing in children.

Dr Leon Levin, Chief Paediatric Technical Specialist at Right to Care (an NGO) agrees that it is “absolutely critical” that the dolutegravir 10mg dispersible tablet needs to be registered by Sahpra as soon as possible. He points out that several other countries in Africa like Eswatini, Zimbabwe and Zambia already have access to it, while  South Africa, which has the largest ARV programme in the world, lags behind. “This formulation will literally revolutionise treatment of these young children. Only Sahpra stands in the way,” he says.

According to Department of Health spokesperson Foster Mohale, dolutegravir is currently available in South Africa for children and adolescents only in a 50mg single drug pill and in a fixed-dose combination pill of tenofovir, lamivudine, and dolutegravir (containing 50 mg of dolutegravir).

A search on the Sahpra website shows that dolutegravir 10mg and dolutegravir 25mg products were registered in November 2020. But, according to Archary, these are not dispersible formulations and can only be used in children who weigh more than 20kg. Sahpra spokesperson Yuven Gounden confirmed that the currently registered dolutegravir 10mg product is a pill that has to be swallowed with water. He said it is indicated only for children aged six years and older.

Gounden said that Sahpra has received applications to register dolutegravir 10mg dispersible products and that these applications have been prioritised.

Mohale says the department plans to start using the dolutegravir 10mg dispersible tablet once it is registered by Sahpra. “This formulation is dispersible, scored, and strawberry-flavoured, enabling the youngest children living with HIV between 3 to 20kg to be treated with the best available medication,” he says.

While the immediate call is for Sahpra to approve the dolutegravir 10mg dispersible tablet, Archary says that in the future a fixed-dose combination of abacavir, lamivudine, and dolutegravir will allow for further simplification of treatment in children. For now, things are however still a bit more complicated.

Mohale points out that South Africa recently introduced a child and adolescent-friendly fixed-dose combination of abacavir and lamivudine. For now, this is being paired with lopinavir/ritonavir (LPV/r), but the hope is to pair it with the dolutegravir dispersible once that becomes available.

LPV/r is mainly taken as pills or a syrup, but government is also purchasing it formulated as pellets. “This formulation provides an alternative option for infants and children [older than] 6 months who are not tolerating LPV/r syrup (which can be unpalatable) and cannot swallow whole LPV/r tablets. With its better taste, it aims to improve treatment palatability and adherence to improve on viral suppression,” says Mohale.

“To date, all provinces have procured the product, and both nurses and doctors can prescribe LPV/r oral pellets,” he says.

While LPV/r pellets plus the abacavir/lamivudine fixed-dose combination are an improvement on previous options, a superior formulation of these same drugs is on the way. In 2020, pharmaceutical company Cipla, in partnership with NGO Drugs for Neglected Diseases, announced that they had developed a fixed-dose combination of abacavir, lamivudine, and LPV/r for infants and young children under three years of age. The product consists of capsules containing strawberry flavoured granules (the size of granulated sugar) that can be taken with food or milk.

The product was reportedly submitted to Sahpra for registration in 2020, but based on a search we conducted on the Sahpra website, it appears not yet to have been registered.

“[For] the government, and globally, to come with this innovative way of making treatment for children living with HIV/Aids is because when children are zero to one year, two years, three years, there’s no way they can swallow a pill, and when you crush it, it becomes more bitter,” says Portia Serote, a health activist from Daveyton in the East Rand.

“Secondly, it was an issue of the measurement for those taking a syrup [and] sometimes parents are not that much educated and informed,” she says. “Sometimes, when they are supposed to administer for example 0.5mg syrup, you find that they are under-giving or over-giving, so that was causing a problem because if you are under-giving, it might not work in the manner in which it is supposed to be working and if you are over-giving again, it might be a problem whereby the side effects become more than they are expected.”

According to Mohale, children that fail their first-line antiretroviral regimen can be placed onto a second-line regimen, which is described in the South African HIV treatment guidelines, depending on what their first regimen was.

“In the case of second-line failure, or failure of a protease inhibitor (such as lopinavir/ritonavir), these cases can be sent to the third-line antiretroviral treatment committee for a case-by-case treatment regimen recommendation,” he explains.

Archary says it is important to ensure that we limit transmitted drug resistance and HIV transmission through maintaining a suppressed adult HIV population.

“Drug resistance in children is a product of the difficulties in administering poorly palatable regimens and drug-drug interactions (especially with TB treatment) — resulting in suboptimal drug levels in children,” he says. DM/MC