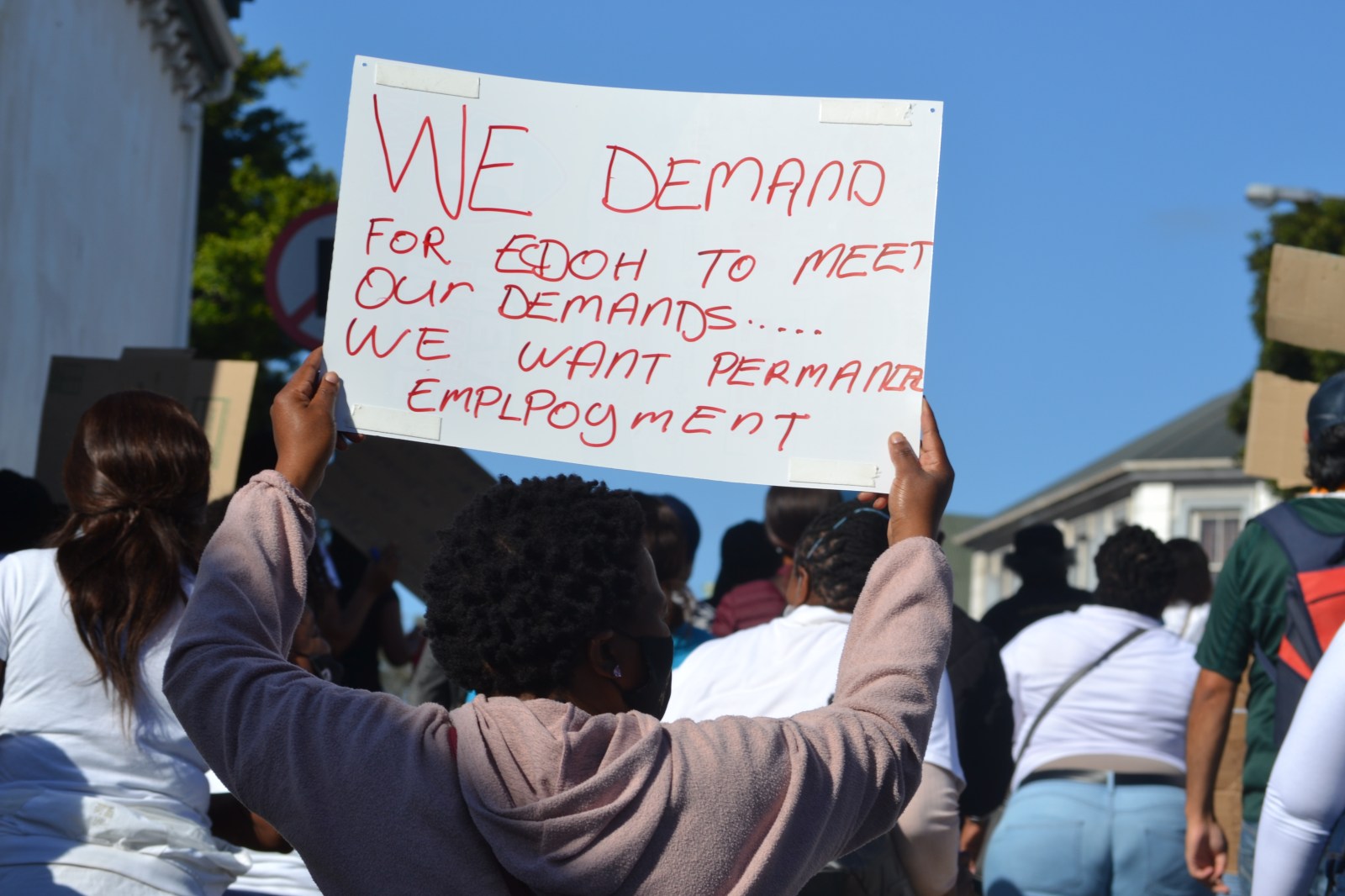 The National Education, Health and Allied Workers’ Union believes that their contracts contravene the Labour Relations Act, with community healthcare operatives earning a stipend of about R3,500 a month and employed on fixed-term, 12-month contracts.

An attempt by the National Education, Health and Allied Workers’ Union (Nehawu) to have over 47,000 community health workers (CHWs) employed permanently by government has been shot down.

The union took the matter to the Public Health and Social Development Sectoral Bargaining Council.

The workers are paid a stipend from the Conditional Grants budget.

The health departments also argue that because these funds are not guaranteed, the government cannot risk permanently employing the Community Health Workers.

On 27 October 2021, Advocate Ronnie Bracks, the arbitrator appointed by the Public Health and Social Development Sectoral Bargaining Council, issued an award in favour of the Department of Health and the provincial departments. He found that the workers were all regulated by the 2018 agreement and that this did not contravene the Act.

Nehawu told GroundUp that the union would continue fighting for the permanent employment of CHWs.

GroundUp has previously reported on the health workers’ efforts to be permanently employed and integrated into the state’s public health services.

Cynthia Tikwayo has been a Community Health Worker since 2011. She is based at the Michael Mapongwana clinic in Khayelitsha, Cape Town, where she works in TB and HIV-care wards and also does home visits to provide basic medical care and to wash bedridden patients.

Tikwayo is a single parent to four children. She works Monday to Friday from 8am to 4pm and receives no employee benefits. She said being permanently employed would allow her to visit a doctor when she is ill and be covered by a medical aid, as opposed to taking money out of her own pocket. “The problem is that we need more money. The R3,700 we currently get is too little. The work we are doing is too much,” she said.

She said a permanent job with the Department of Health would mean “things will be very different for me”.

“I would be able to buy a house for my children, and will also have access to medical aid and I’ll have enough transport allowance for the month,” she said.

Nontuthuzelo Mbuyazwe has worked at Lukhanyiso Clinic in Addo, Eastern Cape, for more than 20 years as a counsellor and in neonatal care, and helps with tracing sick babies and patients in informal settlements. “Every year they just keep renewing the contract, even after 20 years of working there, I’m still a contract worker,” she said.

Mbuyazwe said receiving R3,500 monthly for the amount of work that she does has been taxing. “I will feel so much better if the department can just make us permanent. I would have access to proper benefits like medical aid, a provident fund when I retire, access to paid leave, and just better job security.”

The Department of Health did not respond to our questions. DM