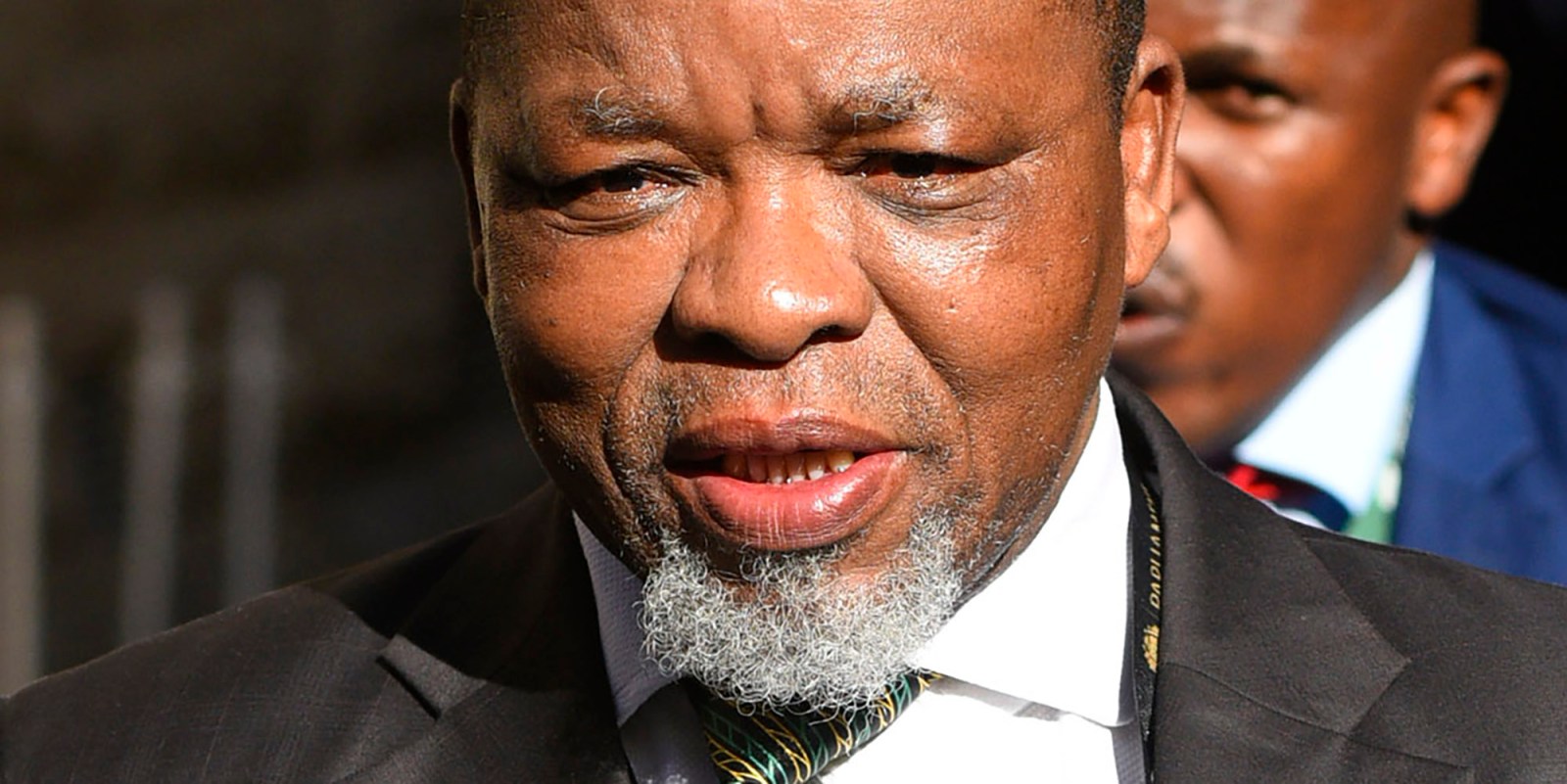 Minerals and Energy Minister Gwede Mantashe has once again come out swinging in defence of fossil fuels — this time with a call for African unity on the hydrocarbon front as the continent is ‘encircled’.

Minerals and Energy Minister Gwede Mantashe called for “African solidarity” on Tuesday at the start of the Africa Energy Week conference in Cape Town, tapping into an anti-Western backlash that is brewing in some circles over the global drive towards renewable energy to stem the unfolding climate crisis.

“Globally, one summit after the other, certain industrialised countries refuse to jettison their use of fossil fuels. What had been pitted as global agreements lay hollow, as these countries keep postponing the deadlines of when they will shut down their coal mines and oil and gas industries, respectively,” said Mantashe.

That statement is not false. There have been global pacts to address climate change that have been watered down, or ambitious targets that were not met, or major polluters that have pulled out because of political change. Witness what has happened in the US between alternating Republican and Democratic administrations on the issue.

“The sad reality of this situation is that there has been preoccupation with Africa. Yet our Africa is the least polluter compared to the other continents. This is a sign of encirclement. Africa is being encircled by the rich and powerful,” he said.

That statement is more questionable and pretty jarring coming at what is, after all, an investment conference. It suggests a new kind of predatory colonialism is afoot, but this time it comes with a green sheen.

“Our continent, collectively, and her individual countries, is made to bear the brunt of the heavy polluters. We are being pressured, even compelled (italics added), to move away from all forms of fossil fuels — including resources such as gas, which have been regarded as key resources for industrialisation. Africa must seize the moment. We must, indeed, ‘Position(ing) Africa Oil and Gas at the forefront of global energy growth’,” he said in his prepared remarks.

It is certainly true that Africa, the world’s poorest continent, is being hard hit by a climate crisis unleashed by the industrialisation of the rich world. But this narrative from a couple of decades ago — that emerging economies should not be subjected to the same emissions-cutting standards as wealthy nations — does not quite stand up the way it did when, say, the Kyoto pact was being negotiated.

For one thing, the extent of the climate crisis has become even graver, according to the science and the lived experience of most people who spend any amount of time outdoors.

China is also now the world’s second-biggest economy, and coal has been a big driver of that. And then there is South Africa, which still gets more than 80% of its electricity from coal, but can barely keep the lights on. No one but the most radical eco-warrior is calling for South Africa’s coal plants to close down tomorrow — it is widely acknowledged that the transition must be done over a period of time.

Green energy technologies are becoming cheaper, more efficient, and exist in abundance in Africa. Yes, the continent has plenty of hydrocarbon resources. But it is also bisected by the equator.

So the $8.5-billion deal struck at the COP26 climate conference in the UK to help South Africa with its green transition hardly evokes, say, King Leopold’s brutal thrust into the Congo for ivory and rubber — at a time when colonial powers were indeed encircling Africa. It looks more like a lifeline thrown in a more progressive age.

“South Africa is rich with coal. Other African countries are endowed with oil and gas. Africa must invest in research and development in the exploration of these resources towards a clean environment,” Mantashe said.

He went on to depict the history of oil in Africa in heroic terms.

“After the creation of the OPEC Fund for International Development in 1976, to assist developing countries with the challenge of the balance of payments, it was the African countries of Algeria, Nigeria, Gabon and Libya who pioneered an African solidarity solution. These four countries spearheaded the resolution that 4% of their oil produce would be reserved to assist non-oil producing African countries with their balance of payments challenges. Today requires a resolve on solidarity that is as solid as this one,” he said.

There was no mention of the “resource curse” or how oil has been a fuel for corruption, state dysfunction and larceny on a grand scale in such countries. Perhaps the minister should ask slum dwellers in, say, Luanda, for their view of the oil industry and its role in providing “an African solidarity solution”.

Mantashe’s speech evoked the past — often through a distorted lens — without seeing the future. DM/BM