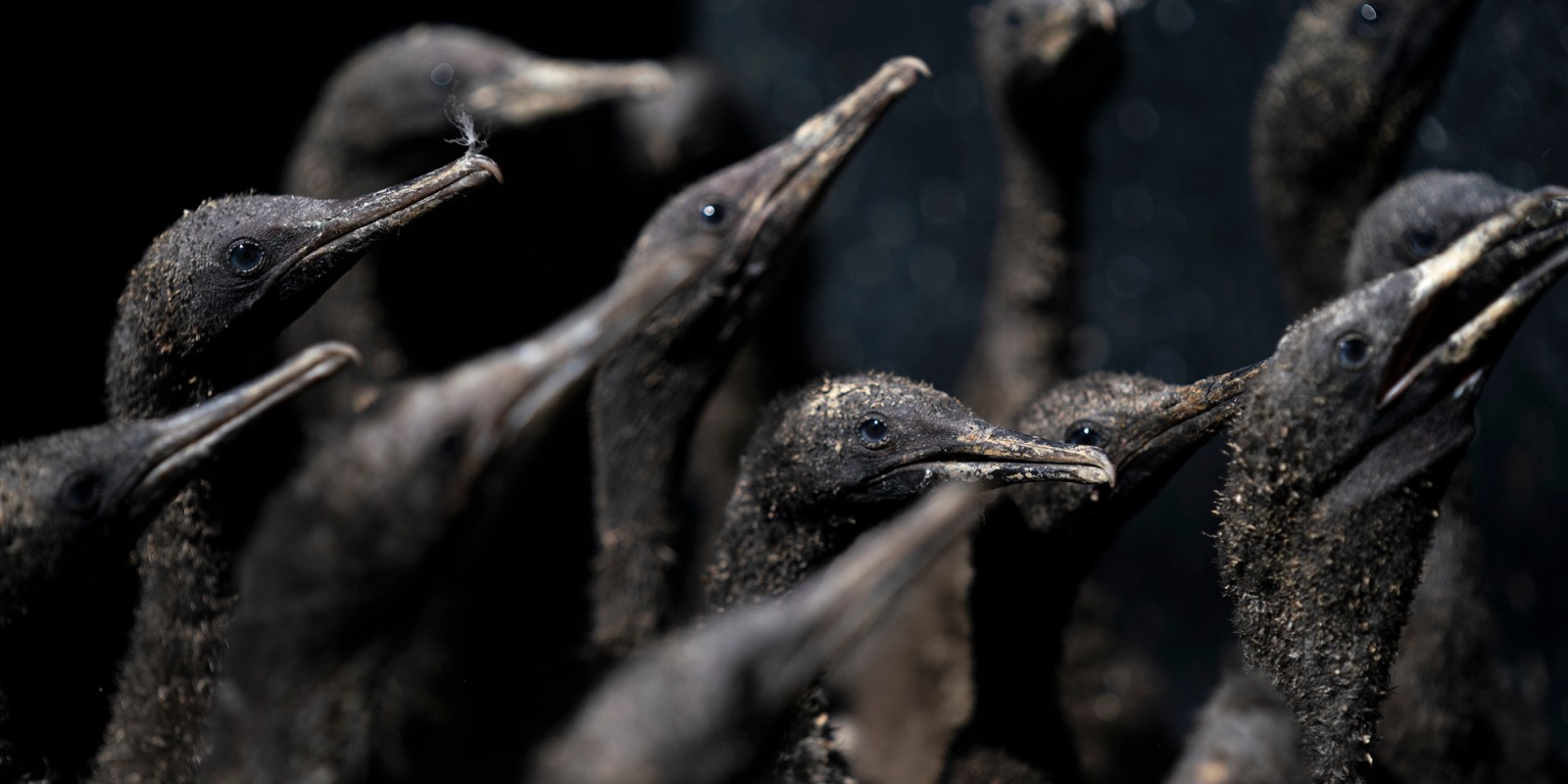 Abandoned Cape cormorant chicks wait for their turn to be fed during their rehabilitation at the Southern African Foundation for the Conservation of Coast Birds in Cape Town, South Africa, on 27 January 2021. (Photo: EPA-EFE / NIC BOTHMA)

About 100 birds, the majority of them endangered Cape cormorants, are dying daily from an outbreak of highly pathogenic avian flu. This is down from a peak of more than 700 a day in October.

More than 18,000 birds, 17,926 of them endangered Cape cormorants, have died along the Western Cape coast since the outbreak of highly pathogenic avian influenza on October 1.

Avian flu, also known as H5N1, is a very contagious viral disease affecting all birds, including domestic poultry, with no curative or preventative treatment.

In 2011, the flu saw at least 38,000 ostriches culled and the industry incurring losses of about R800-million. The Highgate Ostrich Show Farm outside Oudtshoorn was forced to close for two years and between 20 and 30 workers were laid off.

In April this year, Daily Maverick reported that Western Cape veterinary services were on high alert after an outbreak of avian flu in Gauteng.

On 19 October, Daily Maverick reported that in the worst-affected colonies, thousands of birds had already died from the disease.

Bredell said the outbreak was not yet over, but the numbers of dying birds were beginning to decline in most regions.

“We haven’t had any reports of the virus spreading further inland or to other unaffected regions, which may suggest that our ongoing interventions have paid off.

Bredell said efforts to address the outbreak would continue.

“We hope we’ve turned the corner, but more time is needed to be sure. I want to thank all the various stakeholders and officials who have been working tirelessly for more than a month now on containing and managing this outbreak.”

He urged the public to continue to be vigilant and report unusual mortalities in any birds to their local municipality, conservation authority or state veterinarian.

“The SPCA and NSPCA may also be contacted,” he said.

Katta Ludynia, Southern African Foundation for the Conservation of Coastal Birds research manager, said several thousand birds had already succumbed to the disease or had to be euthanised as there is no cure for infected birds.

“To stop the spread, sick and dead birds need to be removed from the colonies and roosting sites as quickly as possible to prevent transmission to healthy birds. However, several other seabird species have also tested positive for AI – luckily, so far in much smaller numbers.”

Ludynia said the Cape cormorant is listed as endangered, so losing some has serious consequences for the species. DM/OBP