‘Too many knives’: Will Justice Minister Ronald Lamola’s promise of justice for Cradock Four materialise? 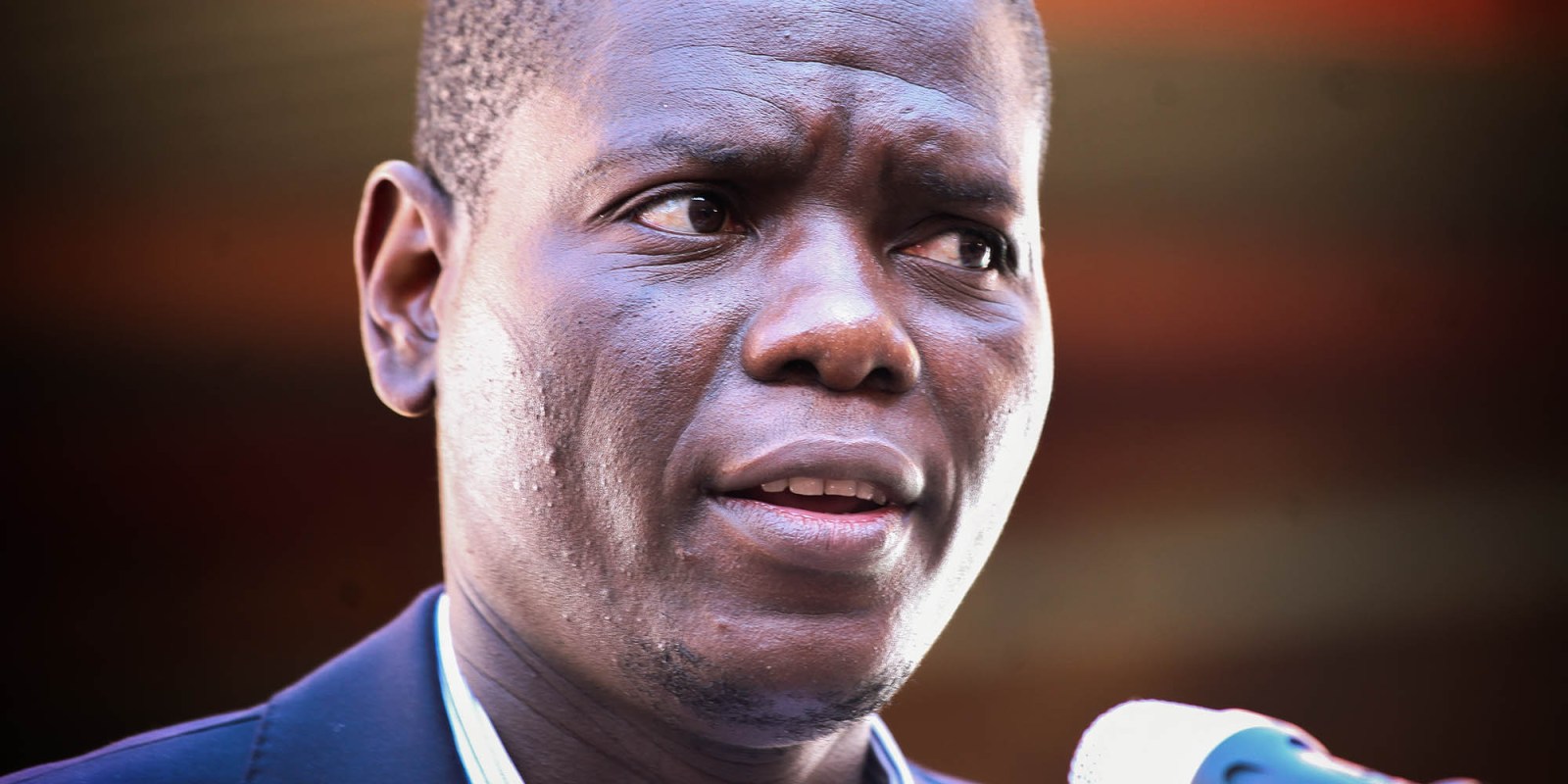 The promised appointment by Minister of Justice Ronald Lamola of a judge to investigate why those responsible for the 1985 murder of the Cradock Four activists, Fort Calata, Matthew Goniwe, Sicelo Mhlauli and Sparrow Mkonto, have not been prosecuted should rattle a few former apartheid Cabinet ministers.

Lamola, speaking at the inaugural Fort Calata Memorial Lecture in Cradock in the Eastern Cape on 5 November, said additional resources would also be provided to bring the long-running matter to a conclusion by 2 December.

“The families deserve the truth to come out. For that reason we have agreed with the judgment that we need to appoint a judge who must conclude the investigation and to hold everyone accountable,” said Lamola.

Barend du Plessis, former Minister of Finance in the apartheid government and implicated in the brutal murder of the Cradock Four, will certainly be a subject of interest as he is alleged to have been present at a State Security Council meeting on 19 March 1984 where the order to “remove” the activists, particularly Goniwe, was issued.

Du Plessis was the minister of education and training at the time.

A year later, in June 1985, the four activists were abducted while returning to Cradock from a meeting in Port Elizabeth, tortured, murdered and their bodies burnt.  The bodies were later discovered with multiple stab wounds dumped in a remote location off the road between Cradock and Port Elizabeth.

In 1995, Du Plessis was interviewed by scholar Padraig O’Malley and asked about his role in the murder of activists, including the Cradock Four.

Asked whether he would be willing to testify to the Truth and Reconciliation Commission (TRC), Du Plessis replied that he was not in favour of it “as proposed”.

He was adamant that there had been a “misinterpretation” of the order to “remove” the activists issued at the Security Council meeting.

“My firm conviction is, yes, there must be remedies for the Goniwe family and there must be an acceptance of that guilt. But then acceptance must come from the whole Cabinet for their policy involvement at that stage, and all the top officials saying that they accept responsibility and accountability for what happened at that level,” said Du Plessis.

Evidence at a later TRC amnesty hearing by Jaap van Jaarsveld in 1998 was that he was dispatched by apartheid assassination plotter, Craig Williamson, on 21 March 1984, two days after the Security Council meeting, to stake out the activist teachers.

“Approximately during the middle of 1984 I received an order from Mr Craig Williamson to investigate whether it would be possible to take out Matthew Goniwe, that means kill,” Van Jaarsveld testified.

He said he had reported back that it would be difficult to kill Goniwe at his home and recommended that, instead, he be ambushed on the road. Which is precisely what happened on 27 June.

Calata’s son, Lukhanyo Calata, has fought a long and hard battle to have the NPA reopen the investigation into the death of his father and his comrades.

Lukhanyo was three years old when his father was murdered. In 2018 he co-authored, with his wife Abigail, My Father Didn’t Die For This, bringing to life the father he never knew.

He also wrote of the mystery surrounding the death of the activists despite two high-profile inquests. Lukhanyo has kept the struggle for justice for his father and his comrades alive.

The commemoration event at the weekend where Lamola spoke was organised by the Fort Calata Foundation and Rhodes University.

None of the ministers present at the Security Council meeting in 1984, including PW Botha, its chair, Pik Botha, Chief of the Defence Force, Constand Viljoen, as well as Du Plessis, applied for amnesty.

Only Du Plessis survives. He recently made headlines when he surfaced to deny that he was in any way involved in alleged incidents on Bird Island involving high-level Cabinet ministers including Magnus Malan, as published in a book by Chris Steyn and Mark Minnie, The Lost Boys of Bird Island.

While Du Plessis was not named, he said the book potentially “harmed his public image”. Media24 withdrew the book (after it had been approved by the publisher’s lawyers) at the threat of a defamation suit and apologised to the ex-minister, paying him R3-million as a “settlement”.

The police investigation into Bird Island allegations, however, is continuing and has not been closed.

Lamola on Friday also announced that he had engaged with the NPA which had appointed 23 prosecutors to specialise in TRC cases. They will be joined by 34 investigators from the DPCI.

“We have indicated through the policy that this process must be completed in a period of three years because it has already taken too long. In the matter of the Cradock Four, there has been an agreement that the NPA needs to come up with a prosecution decision before the end of this year,” Lamola told those gathered.

Du Plessis, in his 1995 interview with O’Malley, explained his understanding of the catastrophic consequences of the “removal” order as interpreted by Van Jaarsveld (who was only to testify in 1998, it must be borne in mind).

“They may have understood that they should go to certain activists and actually kill them instead of using legal methods. It’s like Julius Caesar’s murder… there are just too many knives to take one man and hang him,” opined Du Plessis.

At the time, he said that the “only remedy then is to compensate the family and for all involved to say we’re sorry”.

Approaching “individuals” to take responsibility would be “wrong” as, said Du Plessis, “this is exactly also the problem that the ANC has, because their top people who did things like that or who approved killings, sit in terribly important positions today”.

O’Malley asked whether Du Plessis believed Goniwe’s mother had the right to know what had happened to her son.

Du Plessis had replied: “I think there should be a mechanism where Matthew Goniwe’s family can come and say, listen, we want to know, and then if the system says… if the structure can be such to say, okay fine, that was nothing else but an elimination by some state connected officials and that they will then be compensated.”

He added, however, that to “go on a witch hunt and have a string of confessions… I mean, let’s look at the mechanical or the technical aspects of it. Suppose I eliminated Goniwe, there is no way in the world that I will go and confess before a commission like that unless I have (i) complete assurance of compulsory (from the side of the state) indemnification, it must be guaranteed and, secondly, complete confidentiality which I believe is impossible to achieve”.

Confessing to murder or to having “killed so-and-so in a personal misinterpretation of the total onslaught or whatever… I won’t be safe for the rest of my life”.

His firm conviction at the time was that there had to be “remedies” for the families and “there must be an acceptance of guilt”.

“But then acceptance must come from the whole Cabinet for their policy involvement at that stage, and all the top officials saying that they accept responsibility and accountability for what happened at that level.”

There are a few last men standing – Barend du Plessis is one of them. DM