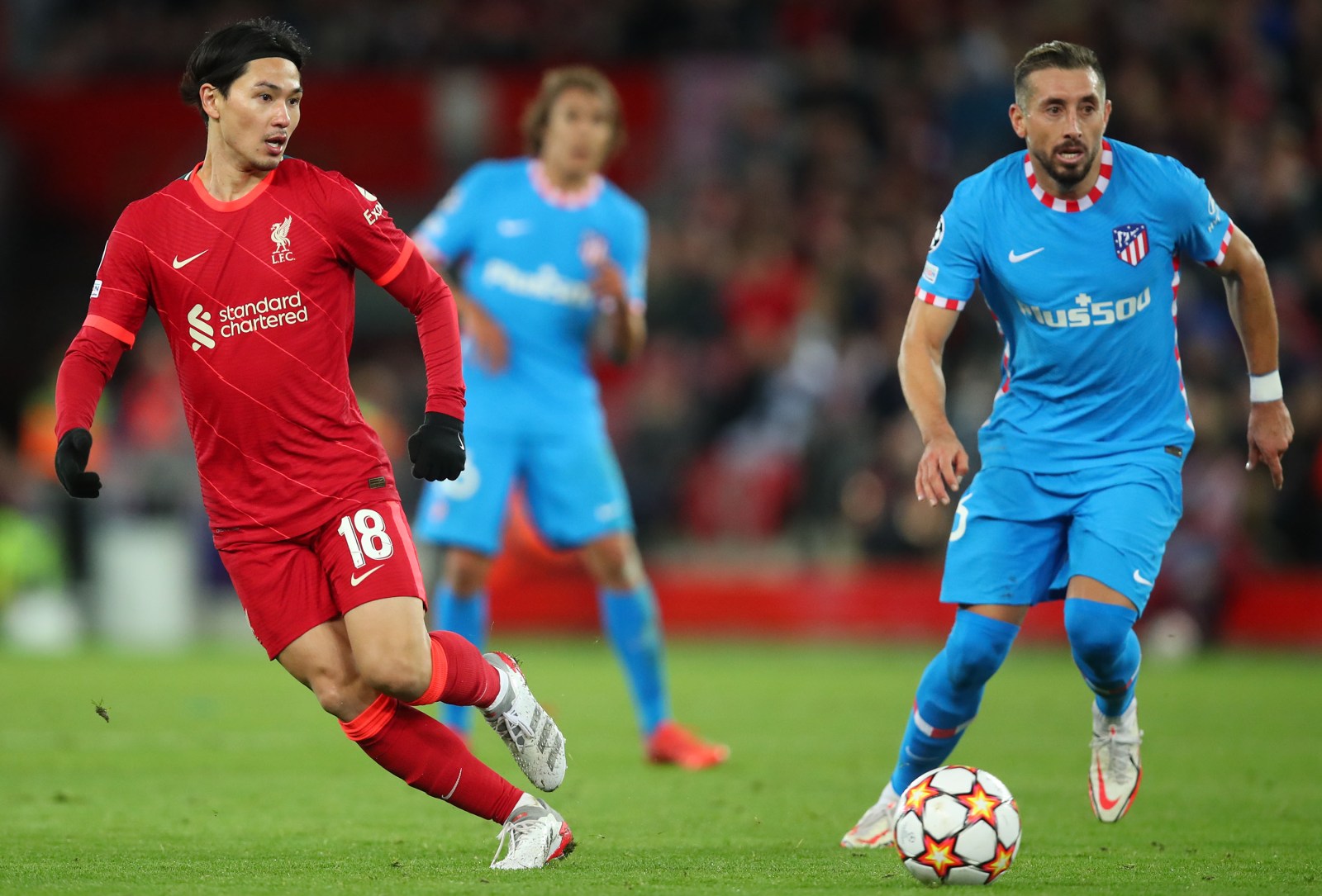 English side Liverpool, along with Bayern Munich, Juventus and Ajax, are through to the Uefa Champions League round of 16.

Liverpool became one of the first clubs to qualify for the round of 16 in the Uefa Champions League after seeing off 10-man Atletico Madrid 2-0 at Anfield.

Unlike the reverse encounter where the Reds squandered a two-goal lead before eventually winning 3-2, this time they remained resolute at the rear after strikes from Diogo Jota and Sadio Mané had propelled them to a comfortable lead, 21 minutes into the game.

The sending off of Atletico’s Brazilian defender Felipe for a foul on winger Mané 10 minutes before half-time effectively ended the contest.

The Reds qualified with two games to spare. But with manager Jurgen Klopp being the perfectionist that he is, he is unlikely to allow his charges to relax now that they have successfully leapt over the first hurdle.

The German will be keen for his team to finish with six wins from six in what was touted as one of the toughest groups when the draw was made.

Despite being pitted against seven-time Champions League champions AC Milan, two-time winners Porto and Spanish champions Atletico, Klopp’s men have made light work of the opponents – much to the German’s surprise.

“The first target was to get through this group. I didn’t expect we would be through after four games but the boys did it and it’s really well deserved,” said the Reds boss.

The other English sides still have some work to do to join them, with Manchester City, Chelsea and Manchester United yet to confirm their passage to the knockouts.

Juventus are also through to the next round in Group H after overpowering Zenit St Petersburg 4-2.

The Bianconeri maintained their 100% record and lead defending champions Chelsea by three points.

The Blues edged Malmö 1-0 to ensure that they were still on course for qualification.

Ajax Amsterdam have also booked their passage through to the next phase after a 3-1 trouncing of Borussia Dortmund.

Former West Ham United striker Sebastien Haller led the way as the Dutch side came from a goal down to muscle their way past the German side.

The 27-year-old is second only to Polish predator Robert Lewandowski in this season’s scoring charts, with seven goals to the Bayern Munich number nine’s eight.

Lewandowski, making his 100th appearance in Europe’s elite club competition, scored a hat-trick to see Bayern beat Benfica 5-2 and also seal their place in the round of 16. The Pole now has 81 Champions League goals to his name, with only the prolific Cristiano Ronaldo and Lionel Messi boasting more strikes.

“His numbers are impressive. Well, we are now aiming for him to score 100 Champions League goals. Maybe not this year, this will be a tight one. But he will achieve this, hopefully,” said Bayern coach Julian Nagelsmann of his lethal forward.

Lewandowski was named the 2020 Fifa World Player of the Year, beating off competition from six-time Ballon d’Or winner Messi and Portugal’s Ronaldo.

When asked to compare the three, Nagelsmann said: “I think it’s very difficult to compare because they are different types of players. I think all three were very impressive players over the last few years…

“I believe that Lewy can achieve a lot, also at an older age, because of his physique, lifestyle and the way he lives as a footballer.”

Messi-less Paris Saint-Germain were held to a two-all draw by German side RB Leipzig. The Argentine was ruled out with hamstring and knee injuries and could not add to his tally of 123 Champions League goals.

However, Ronaldo, his rival for over a decade, once again came to the rescue as Manchester United showed the inconsistencies that have plagued them this season in their clash with Atalanta.

The Portuguese legend netted in the first minute of added time to rescue a point for the Red Devils and see them cling on to first place by goal difference in Group F.

Ole Gunnar Solskjaer’s side are level on seven points with Villarreal, who beat the Young Boys 2-0.

Barcelona’s new number 10 Ansu Fati was the hero as the Blaugrana edged Dynamo Kyiv 1-0 to keep their qualification hopes alive.

Their Spanish rivals Real Madrid were also successful, seeing off Ukrainian outfit Shakhtar Donetsk 2-1, thanks to a brace from the on-form Karim Benzema, who was named Man of the Match. DM168