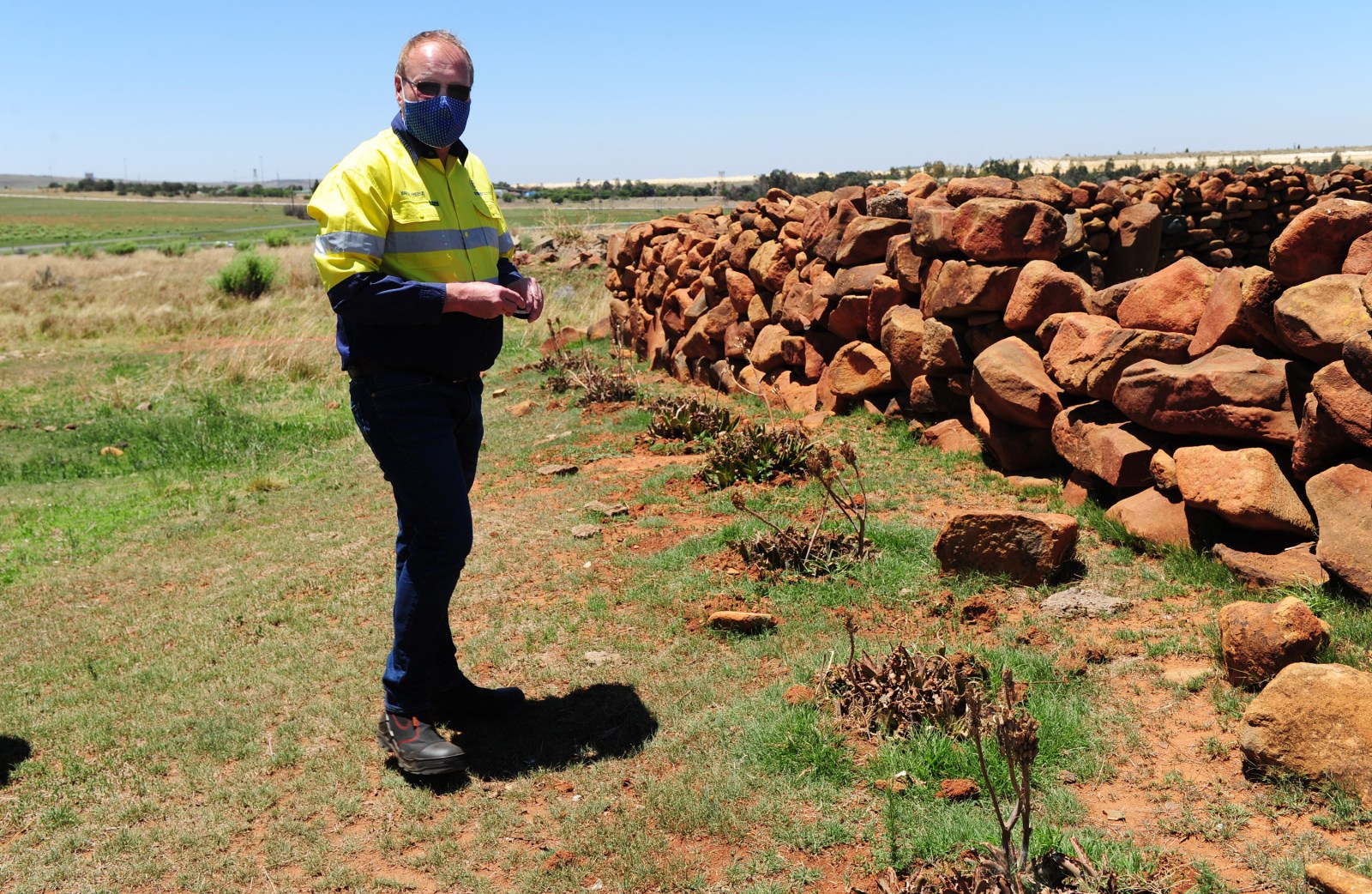 Martin Preece of Gold Fields with some of the aloes that were moved to a different site to make way for the construction of a 40 megawatt solar plant. (Photo: Leon Sadiki)

In the mountains of northern Chile, South African mining company Gold Fields has had a headache of note attempting to relocate a colony of 25 endangered chinchillas, a rodent that was almost hunted to extinction for its prized fur. The stakes are high, as accommodating the animals was key to Gold Fields’s environmental permits for its $860-million Salares Norte gold mine project.

Closer to home, the company has also had to move wildlife to make way for its R660-million, 40MW solar project to generate power for its South Deep mine in western Gauteng. But in this case, it was flora, not fauna, that required a plan.

Unsurprisingly, this proved to be far easier and far less costly than the $400,000 Operation Chinchilla, which remains in limbo after two of the first four critters to be moved died during the relocation.

The plants are also the least of the company’s worries regarding the solar power project, which has been targeted by the “procurement mafia”. Read here.

“There’s one,” Martin Preece, who runs Gold Fields’s South African operations, said as he pointed to a nascent soap aloe in the ochre soil for the benefit of a visiting DM168 team. The other species moved was the autumn pineapple flower.

The plants merely had to be uprooted and transplanted a few hundred metres away from the construction site, an endeavour that required little capital or labour.

The bureaucracy involved was probably much more time-consuming. Gold Fields needed to get the green light from the Gauteng Department of Agriculture and Rural Development to move the plants, as they are classified as threatened or protected species. The site is also subject to regular inspections by environmental authorities.

Compared with the photos of these species that this correspondent saw after a rigorous two minutes’ worth of research involving Google, the ones transplanted by Gold Fields frankly look a little bedraggled. But hey, I am no botanist and it may be a seasonal thing.

Operation Chinchilla has triggered howls of protest from animal welfare activists, but seeds of rage are unlikely to be planted over some aloes, which, while maybe looking a little withered, seem to have survived the move.

But this tale of two translocations – one of flora, the other of fauna, on separate continents – illustrates wider and emerging trends in the mining industry. Gold Fields is aiming for “no net loss of biodiversity” in its activities so, be it rodent or aloe, the company will make a plan. The flora have been transferred next to a stone enclosure, or kraal, which is a potential heritage site, and so construction of the solar plant will avoid it. Mining companies are mindful of the backlash that Rio Tinto faced in Australia after it destroyed two ancient Aboriginal rock shelters.

This is all part of the corporate embrace of so-called ESGs, or environmental, social and governance issues, which has been driven by public and investor concerns and regulatory pressure. A lot of this is no doubt window-dressing and some of it a downright scam. But it is also clearly a force for good. Gold Fields has moved the flowers, after all, as part of its plan to self-generate solar power and reduce South Deep’s carbon emissions – the stuff that has been linked to climate change – as well as to reduce its reliance on unreliable Eskom.

Meanwhile, high up in the Andes, its staff must wish that chinchillas were as accommodating migrants as aloes. DM168