SAVE OUR SEAS OP-ED

By the people, for the people: Mining’s big ocean grab off South Africa — and the communities that say ‘no’ 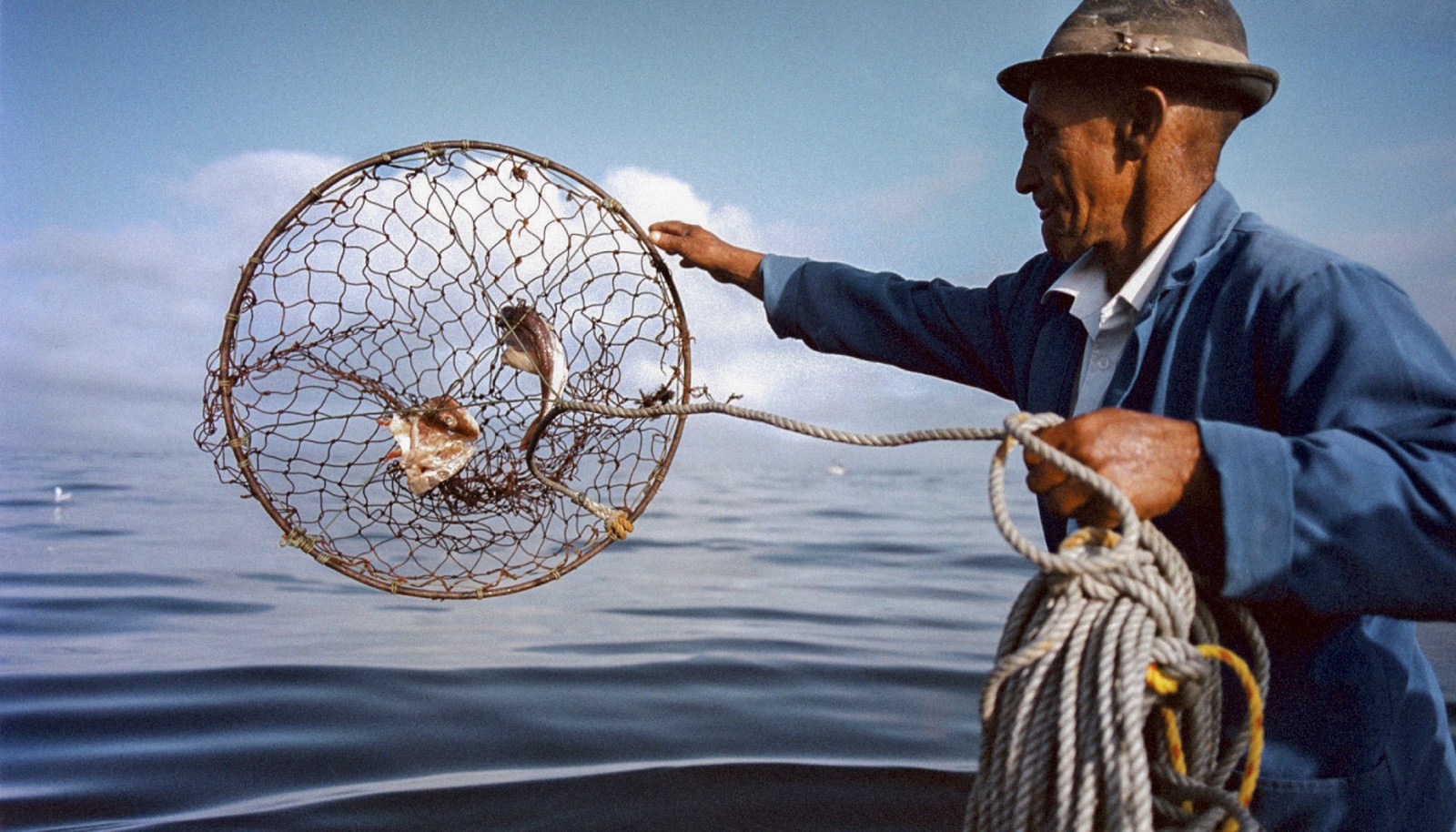 Grassroots opposition to the relentless deluge of applications for offshore oil and gas exploration and drilling will continue until extractive industries leave our shores.

The ocean holds a special place in the lives of many people in South Africa. For some, the sea is a place of tranquillity, for others, it’s an opportunity for thrill-seeking adventures. It also sustains livelihoods and feeds families.

Oceans play a critical role in regulating the climate and generating oxygen. The sea literally supports life on earth.

In some cultures in South Africa, the ocean is considered a spiritual place imbued with healing powers. Babongiwe Phungulu, a traditional healer from Durban, says “the sea is something that is very important to us as traditional healers. Whenever we need to connect to our ancestors or cleanse someone who has a dark shadow upon them, we use the sea. So drilling for oil will destroy [it] and cause a lot of destruction to everyone who uses it”.

In a country with a coastline as vast as South Africa’s, the ocean is an integral part of its natural and cultural heritage. But politicians also see it as an opportunity for economic development.

In 2014, former president Jacob Zuma introduced plans for a so-called “blue economy” in South Africa. Operation Phakisa, translated as “hurry up”, aimed to unlock the economic potential of the ocean. As part of a multi-billion rand drive to exploit offshore fossil fuels along the country’s 3,000km coastline, Zuma unveiled plans to drill at least 30 deepwater oil and gas exploration wells within the next 10 years.

Operation Phakisa did not consider the diverse needs of coastal people, or the potential damage from these developments to marine biodiversity or the climate. The launching of Operation Phakisa in 2014 at Durban’s Riverside Hotel attracted 650 people: government officials, scientists and representatives from industry and selected NGOs. The focus was clearly on “big, fast results”, as Desné Masie and Patrick Bond write here.

The people who use the sea daily, like fishers, informal traders and beachgoers, were not informed of this meeting to discuss the future of South Africa’s oceans.

Riaz Khan, chairperson of the KZN Subsistence Fishing Forum, voiced the concerns of many fishers. “We do not want oil and gas drilling in our ocean as it will cause a ripple effect by killing marine life and, therefore, leaving subsistence fishers without any fish and income to provide for their families.”

In the same year, ExxonMobil Exploration and Production South Africa Limited (ExxonMobil) applied to the Petroleum Agency SA (Pasa) for an exploration right in the offshore deepwater Durban exploration area. As NGOs and local communities found, the public participation process to explain ExxonMobil’s plans to the public was weak and poorly communicated, and the meetings poorly attended.

The South Durban Community Environmental Alliance (SDCEA), an environmental NGO based in Durban, attended these meetings along with community members who voiced their outrage that this huge project had not been properly advertised.

The SDCEA raised concerns about the negative impact of oil and gas exploration off the KwaZulu-Natal coastline. It reminded ExxonMobil of the toxic legacy it left behind in South Durban when it owned the refinery in the area, now run by Petronas Engen. In 2020, it was announced in Business Insider that ExxonMobil has given up its rights to continue exploring for oil and gas off the South African coastline.

Since then, however, our oceans have been under siege from numerous applications to extract natural resources from the seabed.

In 2018, Sasol Africa Ltd and Eni, an Italian oil and gas company, collaborated to apply for exploration rights to explore for hydrocarbons in two areas of interest: Richards Bay and Port Shepstone (forming part of block ER236). They hosted three public participation meetings during the scoping phase in February 2018, in Durban, Port Shepstone and Richards Bay, which were all poorly attended.

Most recently, as the Daily Dispatch puts it, “disbelief, anger and horror from scientists, ocean lovers and activists” have been expressed at the news that Shell wants to do seismic surveys off the coastline of the Eastern Cape.

Having experienced first-hand the weak public participation processes for the Sasol-Eni application, the SDCEA embarked on a “No to oil and gas” campaign and made sure that coastal communities across KwaZulu-Natal were informed of the Sasol-Eni development. It held meetings and education awareness programmes with more than 20 communities and educated thousands of people on this development, all the way from Hluhluwe in KwaZulu-Natal to Gqeberha in the Eastern Cape and Hermanus in the Western Cape.

These efforts saw a noticeable increase in the number of people attending the public participation meetings and commenting during the environmental impact assessment (EIA) phase of this application.

The SDCEA, groundWork, OceansNotOil, the KZN SFF, the Mfolozi Community Environmental Justice Organisation and community members met with Sasol’s then executive vice-president for upstream, Jon Harris, and Pasa to explain the argument against the development of oil and gas in South Africa.

In September 2019, after a year of commenting, mobilising and other engagements, the Department of Mineral Resources and Energy granted Sasol and Eni authorisation to drill for oil and gas in Block ER236. The SDCEA connected with Natural Justice, an environmental law organisation based in Cape Town, to formulate an extensive appeal.

In October 2019, the SDCEA and 46 organisations and individuals sent through appeals to the Department of Forestry, Fisheries and Environment with objections to the authorisation. But on 18 December 2020, Minister of Forestry, Fisheries and Environment Barbara Creecy dismissed the appeal in favour of Eni and Sasol. On 15 June 2021, the SDCEA, supported by Natural Justice and Cullinan and Associates, filed a judicial review at the High Court, Pretoria, challenging this.

On 13 October 2021, Bloomberg published an article explaining that Eni was pulling out of plans to explore for oil with Sasol Ltd in a large block off South Africa’s southeast coast due to concerns over the technical challenges of drilling in deep waters.

But we cannot rest on our laurels, for as we have seen, the oceans are not safe until the deluge of drilling applications cease.

In his State of the Nation Address in 2019, President Cyril Ramaphosa announced that Total E&P South Africa BV’s Brulpadda prospect rig had made a significant discovery of gas condensate off South Africa’s west coast.

In 2020, the French oil company swiftly applied for authorisation for additional exploration drilling. Covid-19 lockdown restrictions moved all public participation onto online platforms. But did this allow for meaningful participation, considering how few people in South Africa have easy access to online platforms?

As Melissa Groenink, Defending Rights Programme Manager at Natural Justice, explains, “the commercial objectives or advantages to be achieved by the proponent proceeding with the application at this stage cannot outweigh the rights of interested and affected parties to reasonable and meaningful participation”.

Environmental lobby groups like Green Connection have joined the fight against the offshore oil and gas industry, bringing on board the fishing communities of the Western and Eastern Cape. Mobilisation is proving hugely important because, as soon as one EIA process is challenged, another project comes into being.

Fishing communities and environmental lobby groups are opposing this development. For Hilda Adams, a small-scale fisher leader based in the Western Cape, “oil and gas drilling in our ocean is not an option as it will destroy our oceans and the livelihoods of fishers”.

The discoveries of new underwater species, coupled with the important role the oceans play in sustaining all life on earth, require deep respect for and care of our oceans. Opening up the oceans for oil and gas drilling and mining destroys habitats, which leads to a loss of biodiversity. This in turn causes a ripple effect for fishers and the tourism industry.

Many coastal people are standing in solidarity with environmental justice organisations that refuse to trade off our future for short-term corporate profits and GDP indicators. Coastal communities want to protect their homes and wellbeing. Both are intricately tied up with the wellbeing of the oceans.

Right now, while our eyes are focused on the COP26 negotiations in Glasgow, hoping that our leaders see the climate emergency we are facing, we are also keeping an eye on our coastline. The announcement of Shell’s intentions off South Africa’s east coast is a blow to any progress in respect of climate commitments.

Coastal communities will continue to lobby against these extractive industries until they have left our shores, as ExxonMobil and Eni decided to do. South Africa’s ocean heritage must be protected and preserved by the people. DM/MC

By the people, for the people: Mining’s big ocean grab off South Africa — and the communities that say ‘no’