RUGBY: BOK TO THE DRAWING BOARD 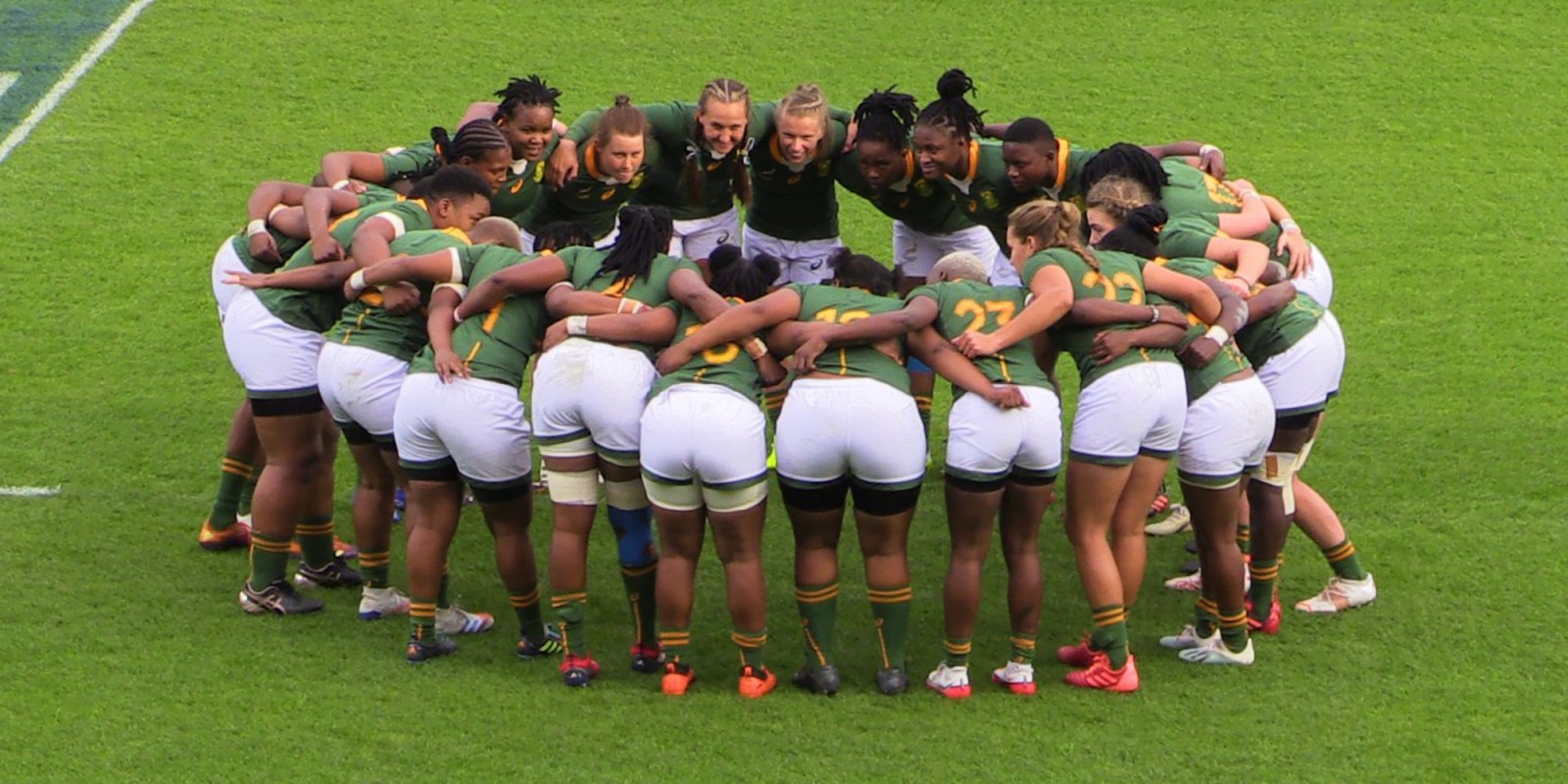 The Springbok Women about to face France in Vannes on Saturday, 6 November 2021. (Photo: Twitter / @WomenBoks)

The Springbok Women lost to France 46-3 in the first Test of their tour through Europe, but believe they learnt valuable lessons from the encounter.

It was always going to be a tough assignment for South Africa’s premier women rugby players against France, and it was, as they were heavily beaten, but not bowed by Les Bleues.

The lopsided 46-3 scoreline in favour of the home side underlined France’s superior, clinical finishing, but for the visiting team in Vannes, it didn’t tell the full story of the match.

According to both Springbok Women head coach Stanley Raubenheimer, as well as captain Nolusindiso Booi, they believed there was a great deal of meat to pick from the bones of the defeat. Both believed the team showed great character for most of the match.

It was only the 51st Test match for the Bok Women since they played their first in 2004 and only their 25th in the past 10 years. There is also very little domestic provincial rugby for the women, who enjoyed their first double-round interprovincial competition in 2021.

“The provincial tournament was huge for our development,” SA Rugby’s women’s head of high performance Lynn Cantwell told Daily Maverick. “It was the first time we had a competition with a double round of matches.

“Players only improve by playing, so having 10 rounds of games was vital. All of the provinces made a huge effort to upgrade how they were operating and what they were doing to improve the women’s game.

“Provinces spent more time on the performance growth of women’s rugby. It also allowed the girls in the women’s programme to play many more minutes.”

By comparison, the Bok men’s team has played 119 Tests since 2011 and hundreds of Super Rugby and Currie Cup matches at a lower level. Growth and improvement will only come through steady competition at all levels, which will add to player depth and improvement in skills and tactics.

“We stayed in the match until the very last play, and we got a reward in the end, which was very pleasing for us,” Raubenheimer said after the French defeat.

“We had a number of objectives we wanted out of this game and areas where we wanted to test ourselves against one of the top teams in the world.

“Our ball carrying was one – we wanted to hold onto the ball for longer, but we didn’t quite get that right. When we did, like in the last couple of minutes, we scored points, even if it was only a penalty.

“We got rewarded for applying pressure on France and that was a win for us, even if only a small one in the context of the game.”

However, Raubenheimer said from a territorial and possession point of view, the picture was bleak.

“We did not do that well, to be honest about it, and it will certainly be a work-on,” he said.

“We have not played for three months and only assembled a couple of days ago, so it was expected that we would make mistakes, but at least we have an idea now and I am not despondent at all. The whole reason we played France today was to see where we are in terms of our game.”

Raubenheimer praised the impact made by the substitutes in the second half, with three players making their Test debuts as well on Saturday.

“I was very pleased with the impact the bench brought into the game. They definitely scrummed well, and our standards did not drop at all. We had some issues in the week with the bench players and I challenged them to show me what they can do in this match. They did so with good effect.”

For Raubenheimer the huge number of penalties and a yellow card to Eloise Webb were a concern, but he reserved his comments until after analysing the game.

“I don’t think it was ill-discipline per se, rather mistakes when we were put under pressure by France, who did apply a lot. We made some errors in judgement, but that will improve as we go along. We can only improve from here,” he said.

Booi said they are confident that the positives in the match outweigh the negatives: “The game was good, and what we expected from the French.

“That said, we did make mistakes, especially when under pressure. We did not rectify our mistakes quickly enough when the French were applying pressure and that cost us.” DM