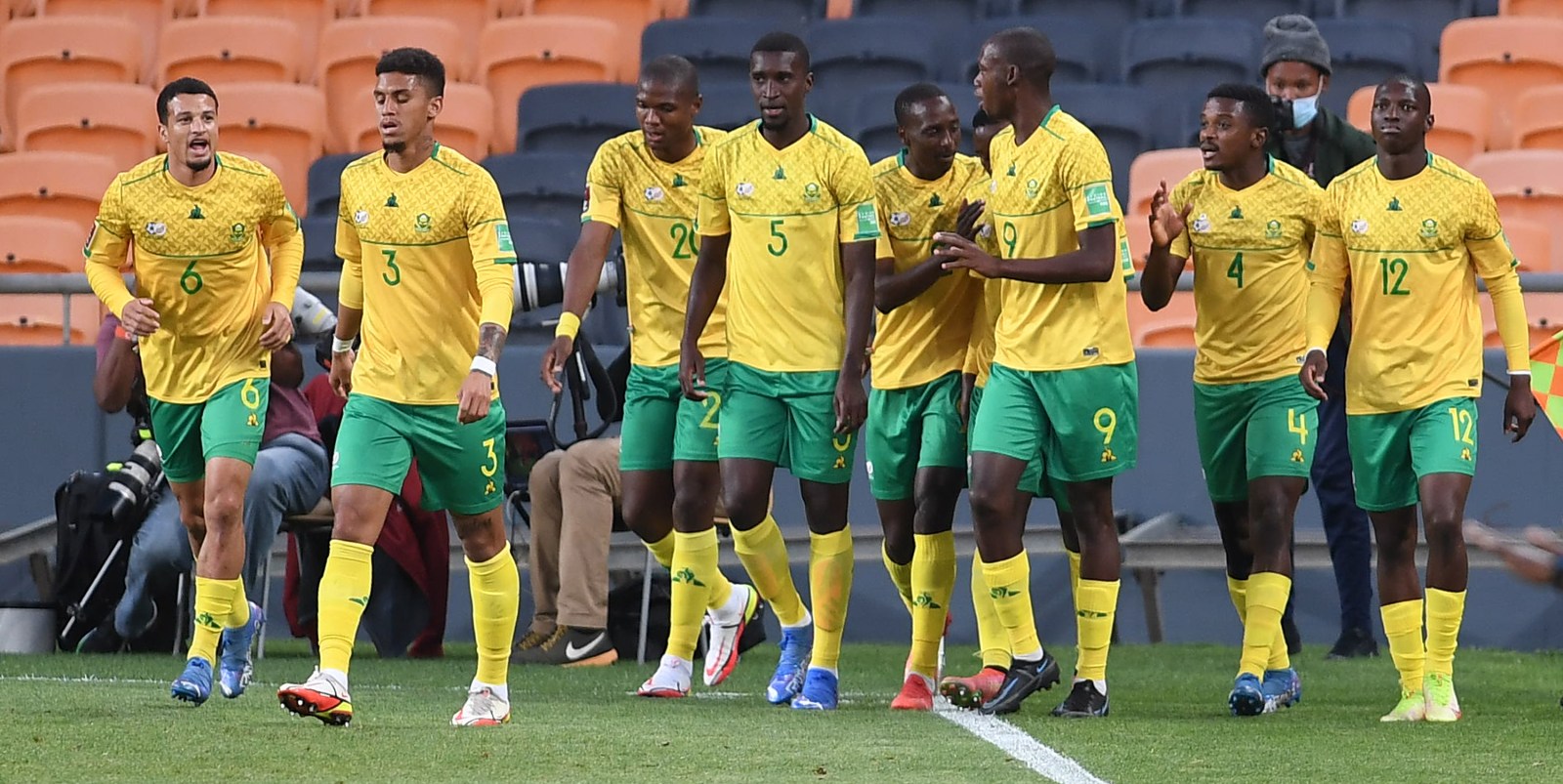 Hugo Broos and his charges have made significant progress in recent months. But that’s not to say there’s no room for improvement.

It’s been six months since Belgian football coach Hugo Broos joined a long list of coaches attempting to steady a Bafana Bafana ship that has sailed in stormy waters for many years.

With two crucial games left in what is already their most successful qualification campaign in two decades, South Africa are the surprise leaders of Group G in the qualification process for Confederation of African Football (CAF) members.

With four qualifying matches having been played to date, Broos’s charges have accumulated 10 points and lead initial group favourites Ghana by a solitary point. They are yet to taste defeat.

Only one team from each of the 10 groups will proceed to the final qualification round, with the group winners drawn against each other for the two-legged clashes to find the five teams in total that will represent Africa at Qatar 2022.

Bafana will play Zimbabwe on 11 November, with victory in that match all but guaranteeing them passage to that final hurdle.

“It’s a tricky game. First of all, they are the neighbours, so this is a derby. It’s always difficult,” Broos said when announcing his selected squad for the clash against Zimbabwe.

Zimbabwe, much like Ethiopia, are merely playing for pride in their remaining games, with qualification impossible for both.

The Bafana Bafana mentor said it made them unpredictable.

“I don’t know what they are going to do. If the coach will maybe put a team in preparation for the Africa Cup of Nations [in 2022] and maybe try some new players. Or is he going back to some old players like before, and also preparing for Afcon?” said Broos.

“This is something we have to see in the next week. We have to focus on the fact that we have to win.”

In fact, if Bafana do beat their southern African neighbours and Ethiopia surprise Ghana with defeat as well, the contest in the group will be over.

The clash between Ethiopia and Ghana will be played in Soweto because of increasing unrest in the East African country. The Ethiopia Football Association requested that the match be relocated because of political tensions in their country.

Ethiopia is locked in an escalating civil war between Prime Minister Abiy Ahmed’s government and fighters from the northern region of Tigray, who opposed his reforms a year ago.

As rebels advanced towards the capital Addis Ababa this week, the government asked residents to mobilise and protect their neighbourhoods. Fighters from Tigray, led by the Tigray People’s Liberation Front (TPLF), took the cities of Dessie and Kombolcha last weekend, prompting Ahmed to declare a State of Emergency.

But the decision to play the game in South Africa has left the Ghana Football Association (GFA) unimpressed.

They have written to governing body Fifa to have the venue reviewed.

“Following [the] Ethiopia Football Association request to have their World Cup qualifier against Ghana in South Africa, the GFA wrote to the world’s football governing body on 30 October to ensure that there is fair play in the last two matches,” the association said in a statement on 2 November.

“Ghana and South Africa are separated by one point leading to the last two World Cup group matches. It is therefore shocking that the Ethiopia Football Association will seek to take their home match against Ghana to South Africa.

“The GFA has indicated to Fifa that the sporting integrity of the World Cup matches must not be compromised and must ensure that fairness prevail[s] in the remaining two group matches.

“The GFA is of the view that it is wrong for a game of this magnitude to be played in a country which is in the same group and in contention for the top spot and urge CAF and Fifa to ensure that fair play is practised to the [letter] in this matter.”

At the time of writing, the match was still scheduled to be played in South Africa.

If the match does proceed, the Ghanaians, who were quarterfinalists in the 2010 edition, are unlikely to be so complacent and Bafana Bafana cannot bank on the Ethiopians doing them a favour.

Their final game of the group, versus the Black Stars in Cape Coast, Ghana on Sunday 14 November, remains vital.

“If we don’t win the game [against Zimbabwe], what importance can the game in Ghana have? We need to be there [in Ghana] with one point ahead. Maybe more. Let’s hope more,” Broos said.

“Ghana have the pressure to win against us, so therefore we have to win against Zimbabwe. If it’s Zimbabwe with the team from two months ago, or a new team, or whatever, doesn’t matter.

“We need to win against Zimbabwe.”

When Broos was appointed in May 2021, he inherited a team that was low on confidence and had further alienated itself from the public after missing out on qualification for Afcon 2022.

During his time in charge, the Belgian has done things his way, including favouring young players and also expanding his search for playing personnel beyond the big three sides in the country: Mamelodi Sundowns, Kaizer Chiefs and Orlando Pirates.

The 69-year-old is pleased with the progress that the team has made in the short time he has been at the helm. Especially considering that during that time he spent some weeks in his native Belgium to get vaccinated against Covid-19, as well as for work-permit issues.

A lacklustre 0-0 draw against Zimbabwe during their opening World Cup qualification game in September showed Broos the work that still needed to be done.

“We are better than we were two months ago. When I see the game of two months ago, it was hesitating. It was no confidence; it was new. I was new, and the players were new,” said Broos.

“We didn’t have two, three weeks to adapt to each other. We had three, four days. So, for me, it was waiting and see[ing] what would happen on the field.

“What I saw was a team that was not ready in that moment. Certainly, mentally, they were not ready.”

Broos believes that the turning point and the launching pad for this successful and surprising push for World Cup qualification came as Bafana Bafana beat an understrength Ghana side 1-0 in Johannesburg, three days after that flat performance versus their neighbours.

“But three days later [in a 1-0 win at home to Ghana], I saw what I wanted to see. From that time, we have grown. We did it [with back-to-back wins] against Ethiopia with character and mentality,” remarked the former defender.

As has been the case since his appointment, Broos’s 24-man squad for the match is dominated by youthful faces such as TS Galaxy midfielder Ethan Brooks and Baroka forward Evidence Makgopa.

In-form Kaizer Chiefs attacking midfielder Keagan Dolly has been given the nod to return to the national team for the first time since signing for Amakhosi at the beginning of the 2021/2022 season.

Another experienced attacker making a welcome return to the side is Percy Tau of Al Ahly. The former Brighton & Hove Albion player was injured during the last international window.

Other than that, Broos has retained most of the squad that has served him well so far in this campaign with three goalkeepers, captain Ronwen Williams, Veli Mothwa and Bruce Bvuma, all making the cut.

Also included is imposing Portuguese-based defender Thibang Phete who plays for Belenenses, as well as his teammate in Portugal, Sphephelo Sithole. DM168