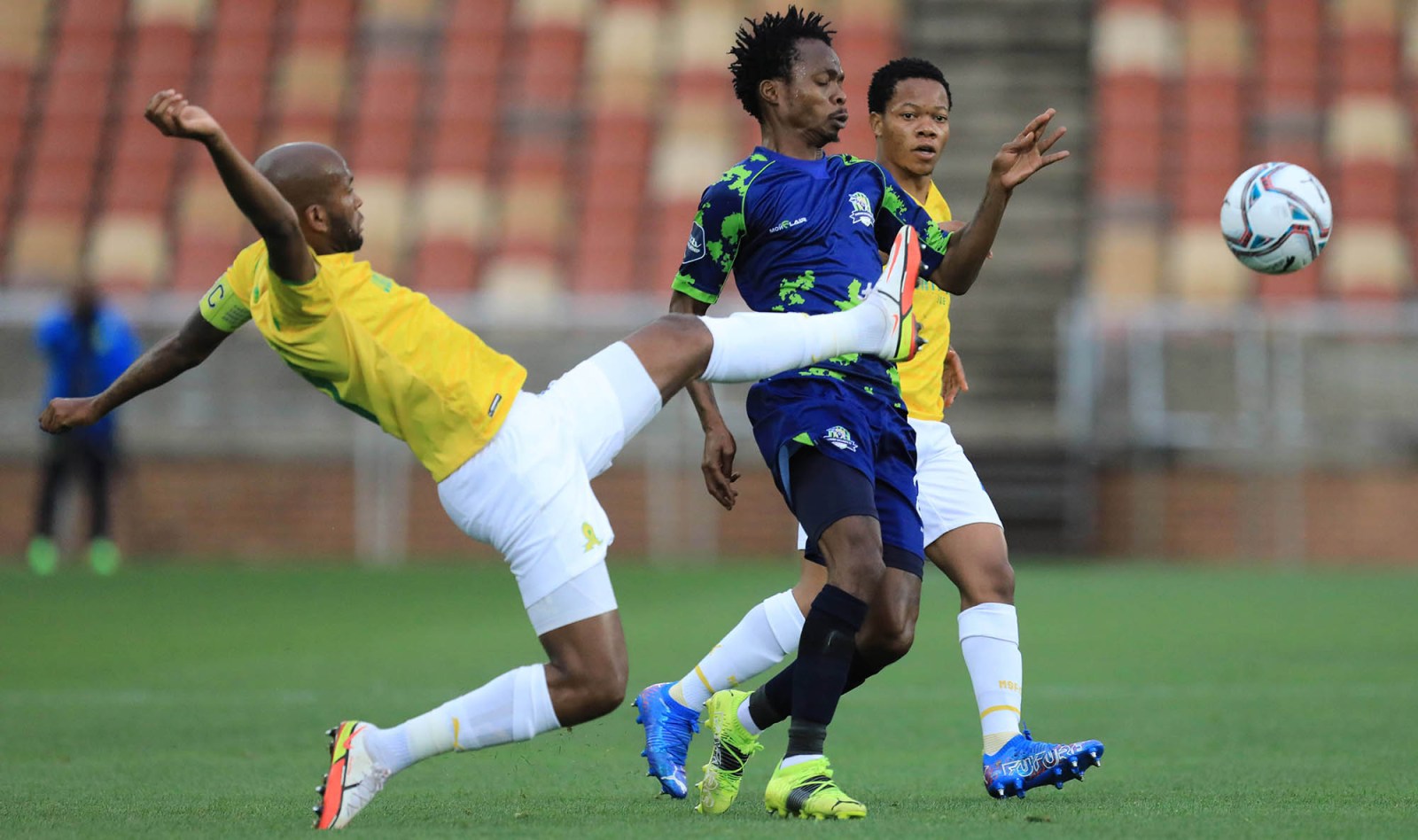 At the moment there seem to be three certainties in life: death, taxes and Mamelodi Sundowns keeping a clean sheet.

The defending DStv Premiership champions once again proved this certainty when they demolished a brave Marumo Gallants side 4-0 on Sunday evening.

Midfielder Themba Zwane opened the scoring in the 24th minute. After that, Gallants put on a gallant effort in attempting to thwart the visitors in Polokwane’s Peter Mokaba stadium. The Limpopo side had a handful of opportunities to equalise, particularly early in the second half. Their profligacy prevented them from doing so.

With 12 minutes left to play, Masandawana turned on the style and provided the hosts with a lesson on exactly how to put away your chances. The prolific Peter Shalulile notched up a brace with his strike partner Pavol Safranko netting his first goal in the league to contribute to the rout.

“It wasn’t an easy game, playing away from home. But we are a big club, and it comes with the pressure of having to win every game,” said player of the match, Neo Maema, who dished up two assists on the day.

With the win, Sundowns set a new Premier Soccer League (PSL) record for successive away matches without a loss (22). They toppled a record previously set by Kaizer Chiefs between January and December 2005.

They also extended the PSL’s consecutive clean-sheet record after setting it in their previous game. Their clean sheet against Marumo was their 12th on the trot, dating back to the end of last season.

“Another clean sheet, very important for us. Plus four goals. A very good outcome. But we’re a little bit greedy because we’ve got a deficit of one or two goals [in this cycle of the season],” said Sundowns co-coach Manqoba Mngqithi after the game.

“The players are working very hard. The spirit is looking good in the group. Everybody is putting a shoulder to what we’re trying to do,” said Mngqithi.

In their next five games they will face four teams putting up a reasonably decent effort at trying to keep pace with the runaway leaders — Stellenbosch, Supersport United, Royal AM and Sekhukhune United. These sides occupy second to fifth on the log respectively.

Already five points clear of second-placed Stellenbosch, with a game in hand, that run of matches could see Masandawana further separate themselves from their would-be challengers.

At the FNB Stadium on Saturday, Kaizer Chiefs claimed all three points, plus bragging rights over their bitter rivals Orlando Pirates.

A 2-1 win, courtesy of a brace from Keagan Dolly, who has been one of the most impactful players so far this campaign, ensured Amakhosi leapfrogged the Buccaneers on the log.

The Naturena-based outfit is now in sixth place, with a 15-point haul from their 10 games so far. After the defeat, Pirates have picked up one point less.

For all Chiefs’ good sequences of play during the game, it was Pirates’ own mistakes that gifted their rivals all three points.

First, a mistimed back pass by stand-in skipper Thulani Hlatshwayo was pounced on by Khama Billiat. The Zimbabwean attacker laid it on for Dolly to punish Pirates.

Then with three minutes left to play, midfielder Linda Mntambo equalised for the visiting side after a mistake by Daniel Akpeyi in the Chiefs goal.

In injury time though, the otherwise solid Olisah Ndah lost his head and flung Billiat down in the box, leaving referee Victor Hlungwani with no choice but to point to the penalty spot. Dolly stepped up and snatched maximum points for Amakhosi.

“You can’t point fingers at Hlatshwayo because we should have been 2-0 up in the first half,” Davids said.

“You can’t blame one player because it is a team sport, but these mishaps I think are a mental thing because of switching off. But that’s one thing we have to work on moving forward.”

His opposite number Stuart Baxter pointed out that on a good day, his Chiefs side is capable of being unplayable, but added that they could be their own worst enemies at times.

“If we play the way we can play then we can beat anybody in the league,” Baxter said.

“But at the same time, we can be our own worst enemy and can be picked off by anybody in the league. That is a characteristic we have to change. We have to be more consistent, we have to make sure that when we have got the chance to put the game to bed we put it to bed, and then we don’t give away a silly chance.”

With the upcoming international break, the British coach has an opportunity to drill into his players exactly how wants them to play. Although with some of his key players on national duty, it won’t be an easy task.

Second-placed Stellenbosch maintained their unbeaten run, 10 games into what has so far been a fairytale Premiership campaign. Stellies played to a goalless stalemate against Durban outfit Golden Arrows. It was the first time the Capetonians had failed to score a goal this season. After the result, Abafana Bes’thende are in 10th place.

In Soweto, Sekhukhune United scored a stoppage-time winner to compound the misery of 13th-placed Swallows. The Dube Birds are now winless in nine consecutive matches in the league this season.

Sekhukhune’s win pulled them to within a point of Royal in fourth place. The Durban-based outfit dropped points in a 1-1 draw versus Baroka.

A brace from Augustine Mulenga handed AmaZulu all three points as they beat Cape Town City 2-0 in Durban. DM