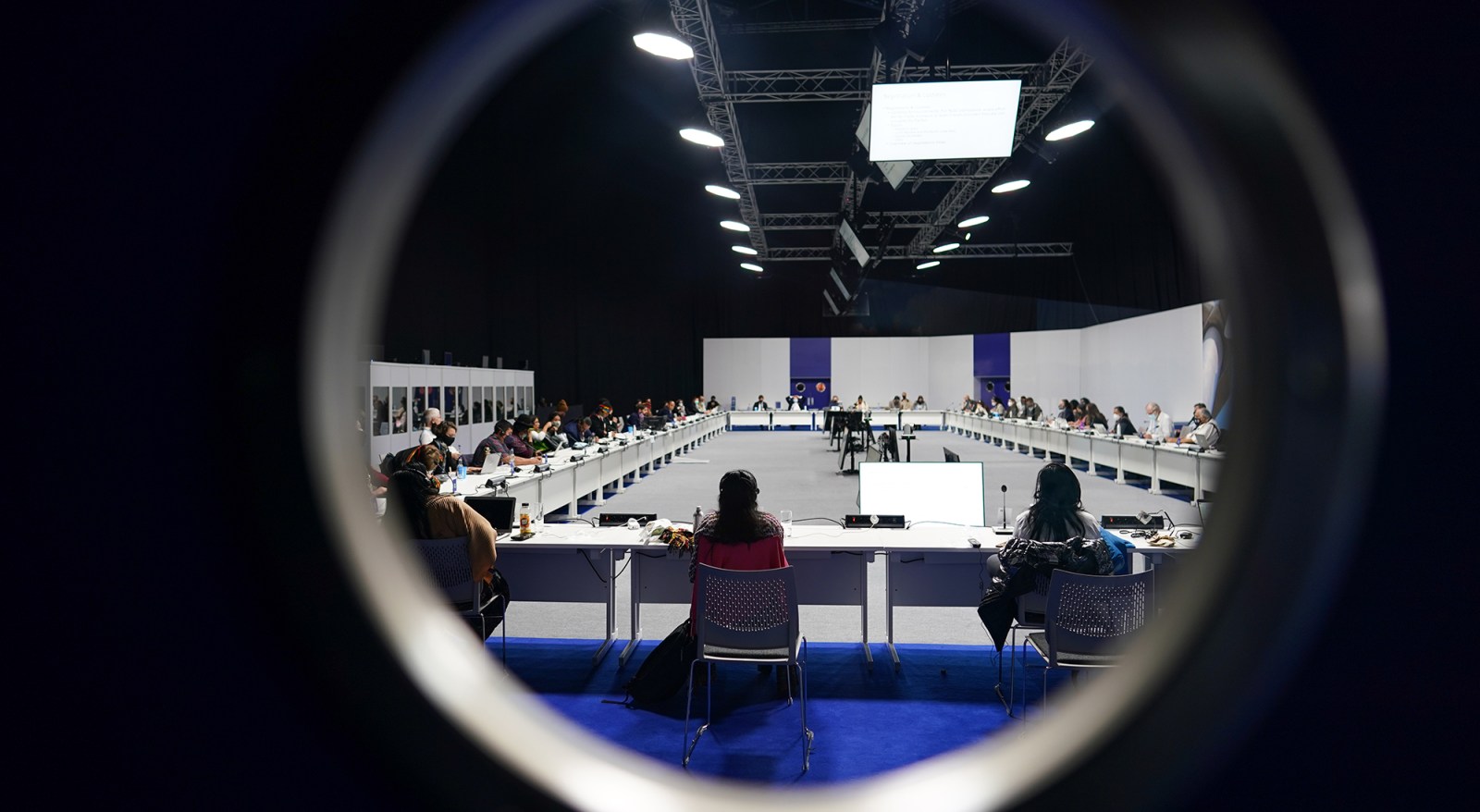 Less than an hour before African civil society groups were set to present their demands at a COP26 side event at the African Development Bank Pavilion — on the day of the announcement ending public finance for fossil fuels — the bank abruptly cancelled the event, the one opportunity for civil society engagement.

It was one of the biggest announcements at COP26 so far.

“Twenty countries pledge end to finance for overseas fossil fuels,” proclaimed the headline in The Guardian.

The bottom line here is that leading economies, including the US and the UK, and major financial institutions like the European Investment Bank have pledged to end all financial support for new fossil fuel projects abroad from 2022. Instead, their support will go to low-carbon energy, providing an estimated $8-billion for clean energy projects worldwide.

Moving global financing out of fossil fuels and into clean energy is one of the most critical — and least discussed — steps in giving us any chance of limiting warming to the 1.5°C danger line.

After all, the International Energy Agency says that to hold warming to 1.5°C, 2021 needs to mark the end of new investments, in not just coal but new approvals for oil and gas infrastructure. But, even with this warning, new research shows that between 2018 and 2020, G20 governments and multilateral development banks still spent at least $63-billion on fossil fuels abroad.

Which made this pledge – coming from some of the most important backers of coal, oil and gas in the world – so important. Change where the money goes, the theory goes, and you get less climate-changing pollution and more clean energy.

There are major caveats. Major economic powers like China and Japan were not part of the announcement and, even among those who were, funding will continue for projects already underway.

Still, the message was clear: The fossil fuel era is ending. The time for energy transition is now.

There was one notable name also missing from the announcement, alongside China and Japan: the African Development Bank (AfDB).

To its credit, the AfDB has taken strides in the right direction. On Thursday, 4 November, AfDB president Akinwumi Adesina stood on a COP26 stage to tell audiences: “Renewable energy is Africa’s future.” The bank has also put some of its money where its mouth is, supporting major renewable energy projects, such as the largest wind power plant in sub-Saharan Africa near Kenya’s Lake Turkana and accelerating the Desert to Power Initiative to build back better from Covid-19.

But these highlights only tell one part of the AfDB story. Because what officials left out on the COP stage was the bank’s consistent flow of an annual average of $229-million being poured into fossil fuels from 2018 to 2020. And when the news broke of leading economies and institutions ending support for new fossil fuel projects and the AfDB was nowhere to be found, the message was that the bank ultimately has little regard for Africans already facing climate disaster. At least, not when it matters.

We know the science. We know our future is on the line and our point of no return is nearly here. And we know we need to get out of fossil fuels fast.

It didn’t have to be this way. Not if leaders had listened to the same civil society voices they’d invited to speak in the first place.

For years, the African Climate Reality Project (ACRP) has engaged with the AfDB on its climate-related policies and investments and is one of the 22 members sitting on the bank’s Civil Society Engagement Committee, providing a voice for advocates and civil society in one of the most powerful institutions on the continent.

Through this relationship, ahead of COP26, the AfDB asked the ACRP to coordinate the development of a position statement on African civil society’s stance on the bank on energy, agriculture, forestry, land and ecosystems, and climate finance.

The plan – again at the AfDB’s request – was for advocates to present the statement to the bank at its COP26 pavilion in Glasgow, offering a rare opportunity for African civil society to have direct input into the conference dubbed humanity’s “last, best hope” of stopping global warming in time.

The position statement – which focuses on the key themes of energy, agriculture, forestry, land and ecosystems, and climate finance – was meant to be a way African civil society could engage with the AfDB and affect its mandate to contribute to positive economic, environmental and social development on our continent.

But we have once again seen how the bank treats its engagement with civil society as a nice-to-have tick-box exercise that can easily be pushed off the programme.

We did the work. Many times over.

To make this truly an inclusive and representative process, we held several rounds of open consultations with over 50 African civil society organisations. Through this process and drawing on the input we heard, several organisations – including the ACRP, the Strategic Youth Network for Development Ghana, the Africa Coal Network and 350Africa.org – developed our stance on the AfDB.

The paper outlines how the bank can, and must, finance a just transition for Africa and pave the way for an equitable and sustainable future – one that leaves no one behind.

One of the paper’s key demands is one that we’ve been asking the AfDB about for years: a fossil fuel finance exclusion policy that states that the bank will not fund, provide financial services or capacity support to any coal, gas or oil project or related infrastructure project that is carbon intensive on the African continent after 2022.

Which might explain why, less than one hour before we were set to present our demands at a virtual COP26 side event at the AfDB Pavilion — on the day of the announcement ending public finance for fossil fuels — the bank abruptly cancelled the event, the one opportunity for civil society engagement.

We reached out to the AfDB regarding the reason behind this incident and had not received a response as of Friday evening at 4pm Central African Time. Whether the cancellation was a scheduling oversight or a deliberate tactic to avoid the tough questions remains to be seen. Either way, the AfDB has shown once again that its engagement with civil society is a one-way street and on its terms.

This is a recipe for injustice and a losing strategy. Closing these civic spaces will be detrimental to the long-term sustainability of any of AfDB’s investments. By excluding civil society and community-based voices from decision-making processes, the AfDB is creating an unjust and unsustainable system. Effectively, the bank is ensuring that those on the receiving end of its developments will have no say or ownership over the projects directly affecting their own communities.

The bank can continue to applaud itself for the massive investments in renewable energy and climate adaptation projects – but we are watching. Those funding the climate crisis cannot call themselves climate leaders.

Civil society will not be silent. This is our fight and we will use all of our energy and might to bring about the change we seek. Empty promises of climate action have failed us. The climate crisis is an existential crisis. It will continue threatening the lives and livelihoods of the most vulnerable if we do not act and hold accountable those with the power to influence positive change.

We have a message for the bank: You’ll be hearing from us. OBP/DM