Nelson Mandela Bay Day Zero: ‘We will run out of water before Christmas’ 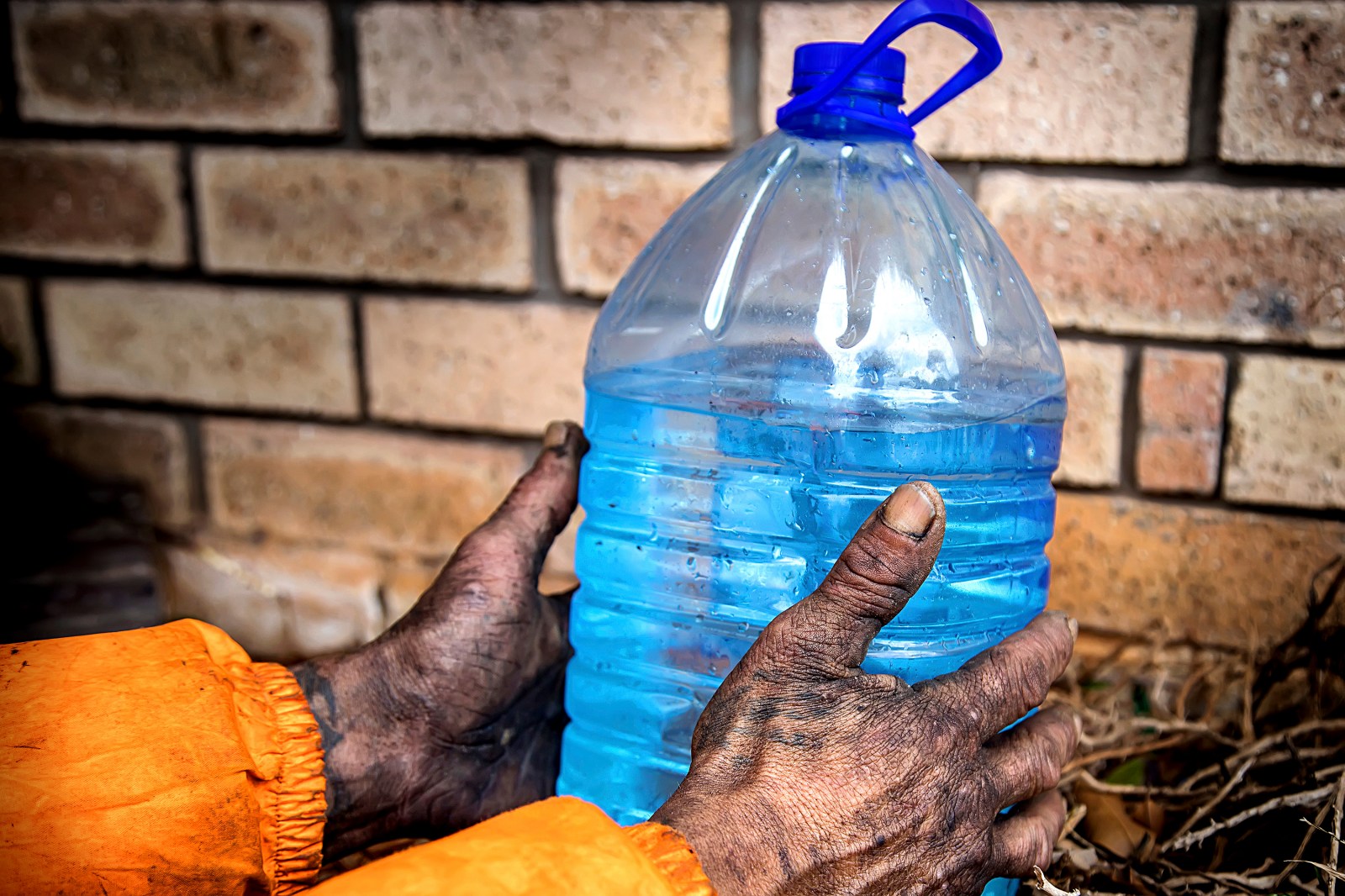 'We are weeks away from the dams running dry, rather than months,' says the expert sent by the National Treasury to help the metro deal with this imminent crisis. 'We are cutting it really fine.' Is anybody listening?

Nelson Mandela Bay metro (NMBM) is hurtling towards the worst-case scenario. With only weeks of water left in the metro’s dams, its Plan B is failing because of delays in the completion of the Nooitgedacht Water Scheme – and yet residents have not reduced their water consumption.

“If it doesn’t rain and consumption is not drastically reduced, we will run out of water before Christmas,” said Dr Gisela Kaiser. Kaiser has been seconded by the National Treasury to Nelson Mandela Bay to try to steer the city through the water crisis.

“We are weeks away from the dams running dry, rather than months … and let me add that I am surprised that not more people are motivated by this. You will not be able to flush your toilets. For months. We will have to use groundwater to flush the sewer system. It will be bad.”

“We are about to start a campaign to ask holiday visitors to spend more time in the sea than in the shower.”

The threat of the supply dams failing looms large over the Eastern Cape’s seaside towns, including Gqeberha, which lost millions last year when the beaches were closed while the area was in the grip of the second wave of Covid-19.

The combined levels of the area’s supply dams are just below 12% at the moment.

Kaiser, who was in charge of shepherding Cape Town through its worst drought in history, said individual water consumption in the NMBM remained extremely high – even higher than what it was in Cape Town at the time of the crisis there.

“We need a whole-city response. People must take ownership of the water.”

She said that although the city receives some water from the Orange River through the Nooitgedacht Water Scheme, the metro is not yet in a position to distribute this water to the whole city.

The region had mere weeks of water left if residents did not reduce consumption.

“We cannot rely on rainfall to save us – we don’t know when or how much it will rain.  If the dams run dry before May 2022, much of the metro will have to collect water from water tankers for months, such as happened in late September with an extended water outage,” she said.

Even in the municipal building, Kaiser said, she was the only person who did not flush the toilet unless it was absolutely necessary.

She said the patchy rainfall in the area  –and especially in catchment areas – buys the metro a stay of execution every few weeks, but it now seemed inevitable that the catchment dams would fail soon.

“We are cutting it really fine,” she added.

The emergency plan for Nelson Mandela Bay, which involves increasing the amount of water available from the Nooitgedacht Water Scheme, can only kick in by May because of delays caused when the Amatola Water Board, the national government’s implementing agent, failed to pay the contractor on time and the contract was cancelled.

She said she was optimistic about avoiding a massive break in infrastructure, but added that, given the age of the city’s water pipelines, “nobody is sleeping well”.

The metro’s water scheme also relies on pumps and not gravity as in Cape Town, leading to water problems during load shedding and power outages.

On 4 November, the water in large parts of the metro was shut off because of maintenance work on the NMBM Bulk Water pipeline, allowing teams to replace several valves as well as the welding of a burst pipe.

“I will add this: I was pleasantly surprised by the level of professionalism in the department,” Kaiser said.

“But even in Cape Town we didn’t have enough money to do all the work we wanted to do on water infrastructure.”

Kaiser said that in Cape Town the revenue for water and sanitation was ringfenced, but this was not done in Nelson Mandela Bay. As a result, those in charge of water and infrastructure have much less control over funds for their projects. “It is not the best way to do this,” she said, adding that plans to extend the infrastructure in Nelson Mandela Bay, for example, remained unfunded.

Kaiser said she had seen that Nelson Mandela Bay communities were fatigued “with load shedding, with Covid-19 and now with water restrictions … People are tired.”

It was a pity that the municipality had started a campaign to restrict residents to 50 litres a day three years ago – by now, everybody was tired of hearing it. “People think we were crying wolf.”

When she spoke at schools, she said, she discovered that only about 20% of households have buckets in the shower to collect water to flush the toilet.

What was needed now was an appeal to  people’s better side, Kaiser said.

“I ask my staff not to read the comments on social media. There is so much hatred and misinformation out there.

“It really is not useful to blame others under the circumstances.”

She hoped to produce a plan for the metro that would make it more resilient in future droughts. “We will try not to let this crisis go to waste.”

She added that she did not believe that desalination was a solution: it is very expensive, costing about R40 per kilolitre, whereas municipal water costs R6 per kilolitre.

Kaiser said the time had come for all of the metro’s residents to do the right thing and significantly reduce their water consumption.

Current water consumption per person in the city was 250 litres a day and it must be reduced; businesses must reduce water by 20% and each person by either 20% or 40%, depending on where they lived, she explained.

Kaiser said that if the taps ran dry, and at this stage this is a real possibility, it would affect the entire economy and business confidence, potentially damaging the metro permanently.

She was sceptical that a plan creating water distribution points, once taps had run dry, would work.

“What awaits us is too awful to conceive [of]. I don’t understand why people are not panicking. We need to panic. It will stop life in Nelson Mandela Bay as we know it.” DM168