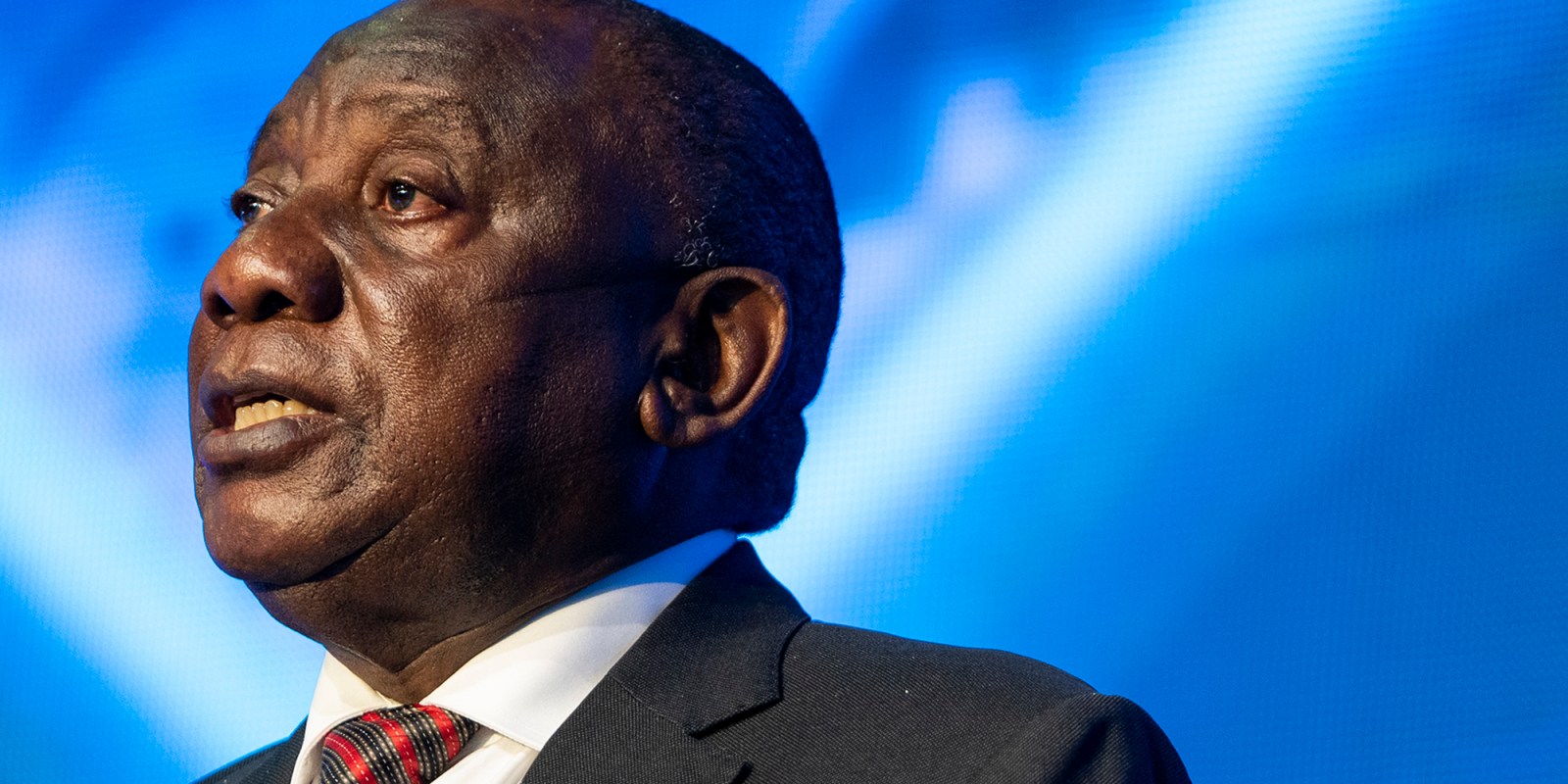 The outcome of these elections show us that the ANC is paying for its years of mismanagement of our economy and the rampant corruption that permeates every layer of government.

With the ANC having dropped below the 50% mark in an important election for the first time since 1994, there are two choices facing President Cyril Ramaphosa.

Surely it must hurt knowing that history will remember him as the ANC president who saw the party lose its majority in local government elections? The likelihood is that this trend will continue well into the 2024 national and provincial elections.

But as much as the governing party is still smarting from a poor electoral showing, the ANC is still the biggest party in the country and will still be in control of the majority of councils across South Africa. For the ANC and for Ramaphosa, the next three years will be the most crucial as the party faces the real prospect of losing its majority in the 2024 provincial and national elections.

Ramaphosa’s term as ANC president ends in December 2022, when the governing party is expected to go into a national conference to elect a new leader.

This is why I say Ramaphosa has these two choices. But only one option is viable – and that is continuing his fight against corruption. What the 2021 local government elections have shown is that talk is cheap. Speaking of reforms and renewal while leading a collective of known crooks and political misfits is not enough to convince a sceptical electorate that one means what one says.

The outcome of these elections show us that the ANC is paying for its years of mismanagement of our economy and the rampant corruption that permeates every layer of government.

I would even argue that an ANC that is weakened politically is good for Ramaphosa’s plans for a renewal. With reduced access to state resources, there is little patronage to be dispensed. Those who rode the gravy train so that they could access state largesse may have to look elsewhere – a natural cleansing process of sorts.

It is true that the ANC cannot renew itself while things remain the same. The ANC is a damaged brand, but nevertheless remains a strong one. So there is still a chance to recover and arrest the decline. The reality is that the ANC remains the hope of millions of poor South Africans. That matters in a country where 20% of the population still lives in abject poverty.

The DA has shown that it cares less about the poor but more about its middle-class constituency and maintaining its cosy relationship with property developers in the Western Cape.

The EFF remains untested in government but, given the ease with which it changes its public positions, based on the whims of its leader Julius Malema, it lacks consistency.

Some within the ANC have already started blaming Ramaphosa for the electoral setback. But the reality is that the decline of the ANC started in 2009.At the same time, even the current ANC leadership is still in denial about the cause of the decline.

Mantashe accused Eskom of acting in “opposition” to the ANC, suggesting that the recent loadshedding was engineered to undermine the party.

If this is the thinking at the highest level of the ANC, then it shows that they have not learnt anything. They are blaming anyone and everyone but themselves. It hasn’t sunk in yet.

Perhaps someone needs to break it down for Mantashe and Duarte: the ANC lost its majority because it has become a party of corruption that is responsible for the gross mismanagement of our municipalities. Even Eskom is broken because of ANC corruption.

Although undesirable, the local government election results offer Ramaphosa an opportunity to clean up corruption and deliver services. That is what the electorate demands.

A failure to do so will spell doom for the ANC in 2024. The next election will coincide with the ANC’s record of 30 years in power. That is a long time for any party to be in power. The ball is in Ramaphosa’s court. DM168