No slowing down for Imtiaz Sooliman despite heart proce... 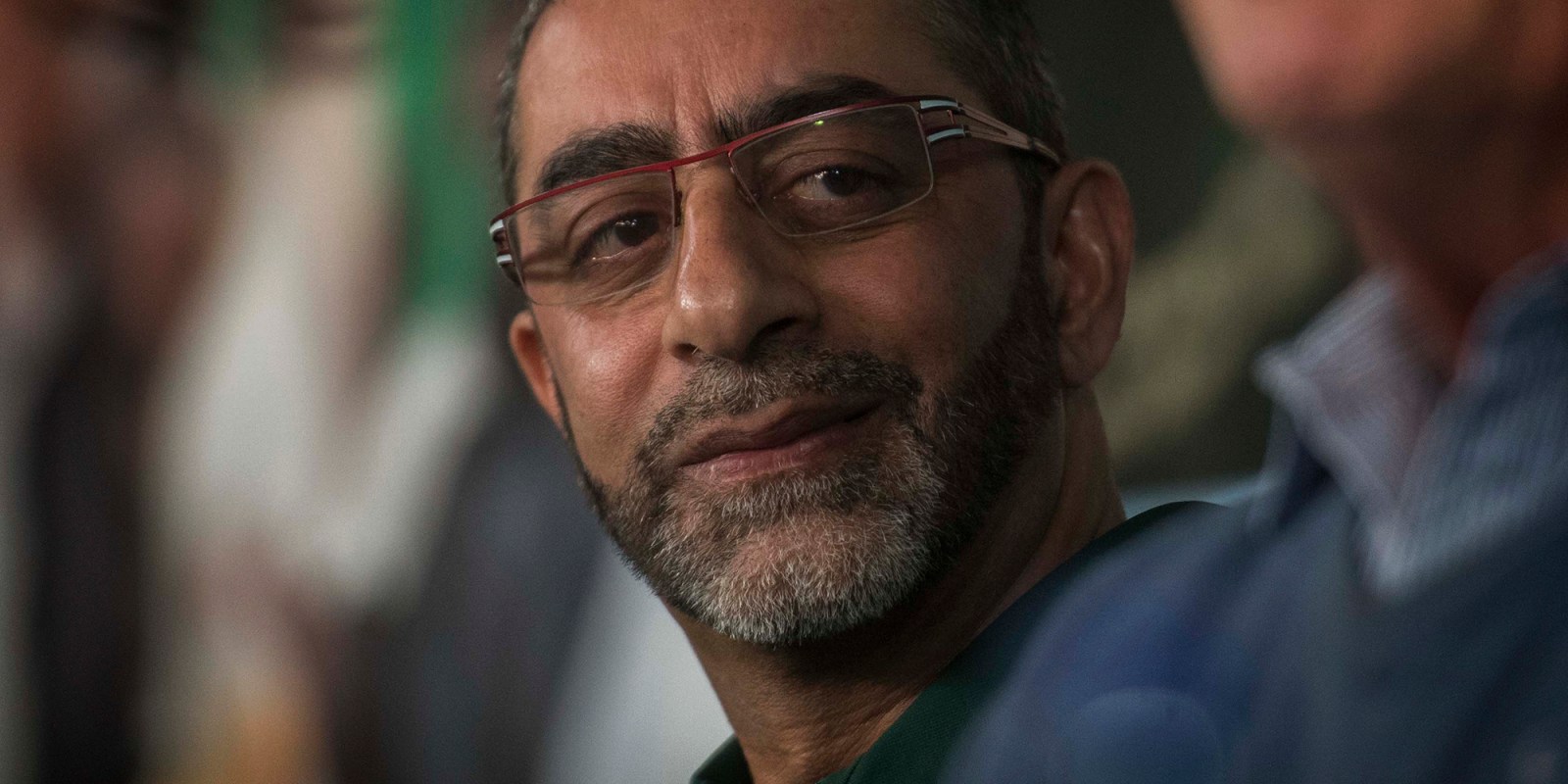 The man who has become a beacon of light to hope-hungry South Africans had an urgent heart procedure last month. However, Dr Imtiaz Sooliman is back on his feet and not slowing down – saying he’s ‘fine.’

The 59-year-old founder of Africa’s largest humanitarian aid organisation — Gift of the Givers — had an angiogram procedure done at Milpark Hospital in Johannesburg on October 17.

“It was a routine medical examination,” said Dr Imtiaz Sooliman, speaking in Cape Town on Thursday. “I regularly do these as a result of a family history of certain medical conditions. Well, it was found that I had a narrowed right coronary artery which needed a stent immediately. At the time of the check-up, I had no symptoms or limitations of any kind.” His artery had been 94% blocked.

He added that there appears to be a narrowing on the left side too, which will be reviewed by the same cardiologist in Johannesburg in two weeks time.

Addressing journalists at the Southern Sun Hotel in Cape Town, Sooliman smiled, playing down the incident. “I shouldn’t even be telling you this,” he said. “I am fine. I thrive on challenges.”

He added that he has recovered; that he is feeling “a great sense of well being” and that he is managing on three to four hours of sleep a night, once again.

Sooliman is known to advise top politicians, calling them on their “nonsense” — this according to Shafiq Morton, writer of Sooliman’s biography A Mercy To All.

Since 1992, Gift of the Givers has saved hundreds of thousands of people from disasters, droughts, floods and famine, around the world. In South Africa’s rural reaches, they are a familiar sight: large green trucks bearing the words “Gift of the Givers.” As these vehicles approach, people rush to their doorways; children dance and adults blink away tears. The trucks come bearing essential gifts: animal fodder, water, food parcels, blankets and sanitary pads.

On Thursday, while Sooliman had to leave the room to make a call, Gift of the Givers spokesperson Ali Sablay told Maverick Citizen that Sooliman is not slowing down: “The doctor told him: ‘Oops your artery is 94% blocked’. They did the surgery on Sunday, Monday he [Sooliman] was on the plane back home to Pietermaritzburg. Then he rested. Now he’s here in Cape Town; he’s fine, although he should be taking it easy. But you know, he’s had forty meetings in the past 48 hours. The fact is he was saved from a heart attack; a major, major heart attack.”

At the event, reflecting on the election results, Sooliman said the voter tally was a wake-up call to the ANC.

He added that while there is plenty to be fixed in South Africa, the country is far from collapse: “We have to fix this country. Not next week, not next month. Tonight. Other problems aside, six million people’s taxes cannot pay for 60 million people. This will require the participation of everybody, not just Government: corporates, ordinary people, everyone. The greatest thing that has happened in this country is active citizenry. In times of unrest, ordinary citizens have been standing up.”

He highlighted the responsibility of journalists in shaping public perception: “Media have a responsibility. Everybody in Government is not bad. Every policeman is not bad. You need to change the way you think, and the way you write. If you keep saying everyone is bad, you’re going to disillusion the people, destroy the fabric and the morale of society. We need to be very circumspect about how we talk, how we write, how we put the facts across. Yes, expose the bad. But encourage the good, too. We need to find the balance.

“For example, everybody attacks the SAPS [South African Police Service]. But security is so important in a country, the most important thing. When people come to a country, they don’t check how educated the country is, they want to know how secure the country is. So if you run the cops down and you break their morale and you hurt them, they will not be able to function…” DM/MC