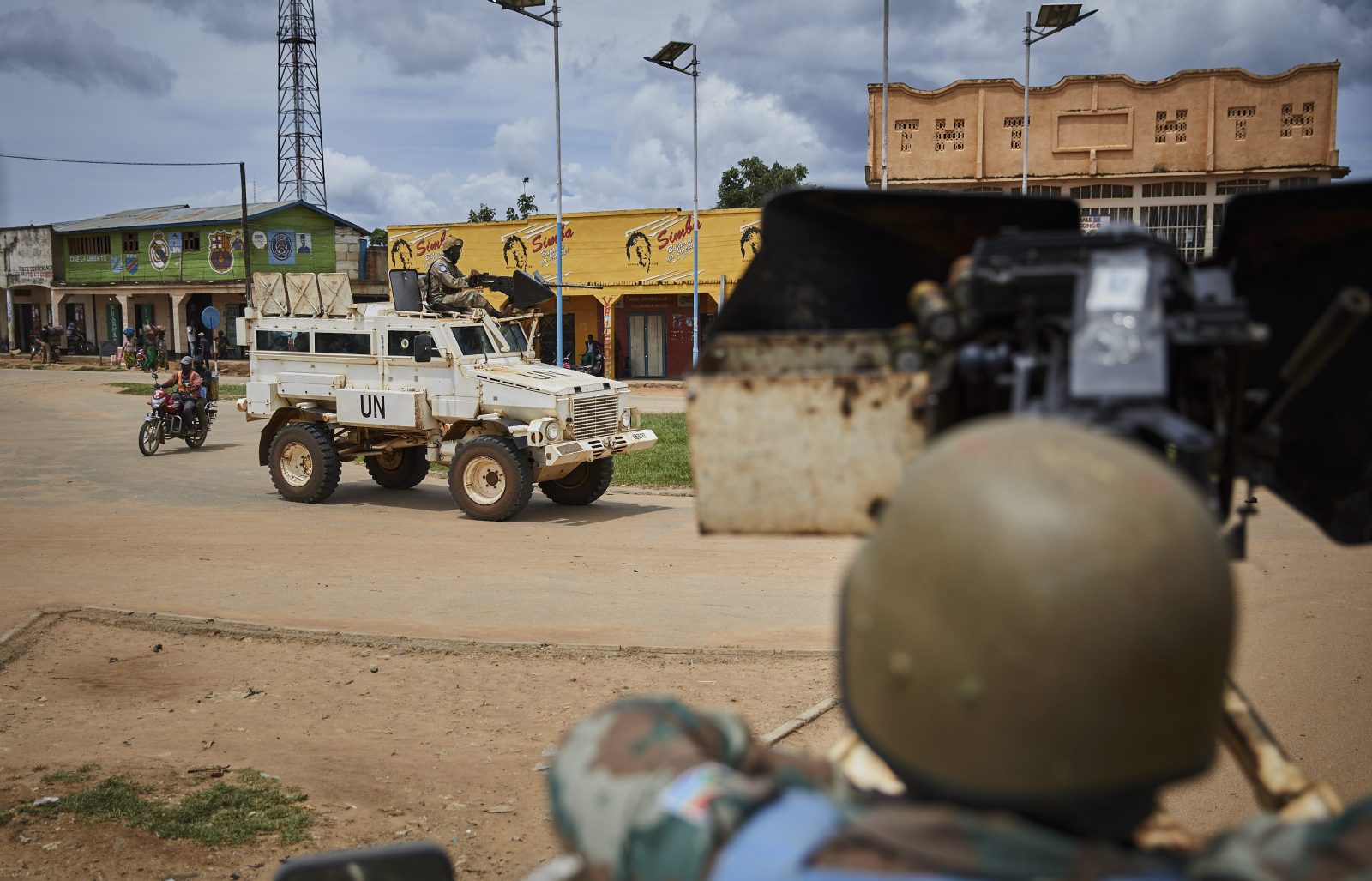 Some analysts and officials believe the Islamic State-affiliated ADF and al-Shabaab are collaborating.

Terror attacks are intensifying in Uganda. An explosion in a Kampala café on 23 October killed a 20-year-old waitress and injured three others, two of them critically. Two days later, a suicide bomb was detonated on a bus 30km west of the capital, killing the perpetrator and wounding passengers.

Islamic State claimed both attacks, and the police reported that the suicide bomber was on its list of wanted Allied Democratic Forces (ADF) members. Police also said the ADF was a possible suspect in the café bombing.

The ADF is an Islamic State affiliate that calls itself Islamic State Central Africa Province (Iscap). The attacks raise questions about the links and tactics of jihadist groups in the region, whether they are increasing their focus on Uganda and presenting a wider threat.

Over the last few decades, the ADF has killed thousands of mostly unarmed civilians in the Democratic Republic of the Congo’s (DRC) North Kivu province. Attacks in Uganda have been less common. In July, the group was linked to an attempted assassination of a Ugandan government minister, which killed his daughter and driver.

The ADF only claimed its first attack in Uganda as an Islamic State affiliate on 8 October, boasting that it had detonated a small bomb in a Kampala police station. Police denied the attack had happened. Nevertheless, these may be signs that the tempo of ADF attacks in Uganda is about to increase.

Despite existing for several decades, the ADF remains a rather obscure organisation. Many observers regard it as a gang of warlords plundering DRC communities and flying the sinister Islamic State flag as a justification. Alex Vines, Africa Director at Chatham House, notes that “ADF claims Islamic State affiliations as flags of convenience but is mostly about Great Lakes and Ugandan politics.” Other analysts believe the ADF really is a dedicated jihadist group.

In a new report by the International Centre for the Study of Radicalisation, Brenda Mugeci Githing’u and Tore Refslund Hamming write that the ADF takeover in 2015 by Musa Baluku, a dedicated Salafist, set the group on a trajectory to become an Islamic State province. It says Baluku’s determination to join Islamic State split the ADF — one faction was focused on implementing Islamic governance in Uganda, the other (Baluku’s faction) on supporting Islamic State’s global ambitions.

The report quotes Baluku saying in September 2020: ‘There is no ADF anymore … ADF was merely an alliance out of necessity for a certain time and when we finally got empowered … we are no longer ADF as a group! Currently, we are a province, the Central Africa Province which is one province among the numerous provinces that make up the Islamic State.’

Baluku’s ascent to the leadership also marked a shift to much more brutal tactics in North Kivu. The killing of civilians accelerated rapidly, at least in part because they were perceived as non-believers, the authors suggest.

Last week’s attack in Kampala recalled two similar assaults on the capital in July 2010. Bars crowded with customers watching the World Cup soccer were bombed, killing 74 people. Operatives of al-Shabaab — the violent extremist group in Somalia — were convicted for those attacks. Their motive was revenge against Uganda for contributing troops to the African Union’s peacekeeping mission fighting al-Shabaab in Somalia.

The ADF and al-Shabaab are ostensibly on opposite sides of the great jihadi divide because al-Shabaab is an al-Qaeda affiliate, so cooperation seems unlikely. Vines says he is unaware of any meaningful collaboration between the groups, although both have a bone to pick with Uganda’s President Yoweri Museveni.

But the ADF and al-Shabaab are in fact working closely together in Uganda and possibly elsewhere, according to Githing’u and Hamming, and a former senior Ugandan official. The official told ISS Today that “usually the Islamic State [affiliate] in Mozambique, ADF and al-Shabaab do coordinate closely. In this case, it is possible ADF and al-Shabaab could be working together against what they call the ‘crusader Uganda government’.

“They use the Chain Restaurants model. Each is independent, but all share training and other standardised requirements. If one goes down, it doesn’t affect the others.” The official added that “ADF has been active recently in DRC and Uganda by attacking targets and training suicide bombers.”

And Githing’u and Hamming write that although the issue of the ADF’s relations with external Islamist or jihadist groups is contested, the group has had close ties with al-Shabaab in Somalia since early 2011.

“Al-Shabaab has since functioned as a key partner in logistics and training for the ADF, even after its incorporation into [Islamic State]. Early on, the ADF started sending fighters to Somalia for training, with al-Shabaab also sending trainers to DRC and the two groups engaged in shady smuggling exchanges related to illegal mining in North Kivu.’ The report describes similar links between the ADF and the al-Shabaab Kenya affiliate MYC/al-Hijra.

And Githing’u and Hamming note that the ADF has logistical links with a group in the United Kingdom and more recently a South African-based criminal network, both of which have provided vital funding. They add that while most of the ADF’s members are from Uganda and DRC, some are from surrounding countries.

The ADF’s links also extend to Rwanda. The report notes that in September, the Rwandan police arrested 13 persons allegedly plotting a terrorist attack in Kigali: “Captured with explosives and other material to produce bombs, the cell was, according to Rwandan police, cooperating with the Islamic State in DR Congo. The plans were assumedly in response to the Rwandan military campaign against the Islamic State in Mozambique.”

Githing’u and Hamming note that the ties to Islamic State central of the ADF and its Ahlu-Sunna wa-Jama (ASWJ) counterpart in northern Mozambique are also widely questioned. The authors attribute this to a misunderstanding of “affiliation”. It doesn’t refer to total Islamic State control of ADF and ASWJ operations. Instead, there is a transference of ideas, tactics, training and personnel, as shown by the recent use of improvised explosive devices in eastern DRC and northern Mozambique.

All of this suggests greater coordination among violent extremist groups across east and southern Africa than most observers are aware of. And that all countries — particularly those whose troops are fighting jihadists abroad such as South Africa and Rwanda — should be extra vigilant. DM