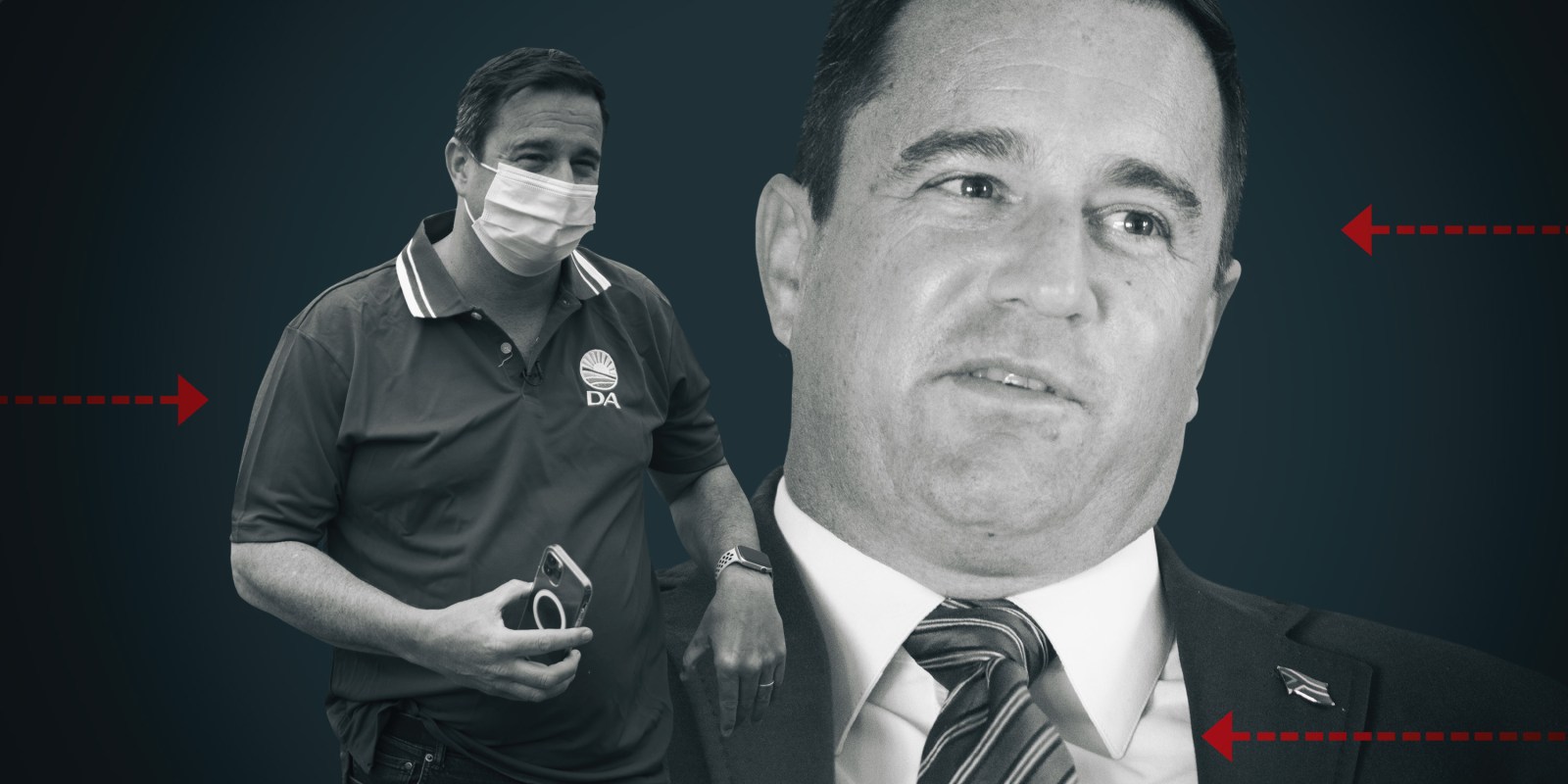 The DA claims that only a ‘superficial analysis’ would conclude that the party’s support had dropped from 2016, while a ‘deeper look’ would reveal that it has turned things around. That’s a funny way of looking at the local government elections results.

In the last local government elections, the DA won 1,782 seats nationally, was the leading party in 24 municipalities and had outright control of 19.

In the 2021 local government elections, the DA won 1,396 seats nationally, is the leading party in 23 municipalities and has outright control of 11.

In other words, the DA lost 386 seats nationally and lost majority control of eight municipalities.

The number of seats lost by the DA in this election — 386 — is more than the combined number won by the Freedom Front Plus, ActionSA and the Patriotic Alliance — all of whom have expressed great satisfaction with their results.

It is normal for political parties to try to spin disappointing results into something more positive. Perhaps South Africa’s greatest artist at this game is the ATM’s Mzwanele Manyi, who tweeted this week: “The ATM may not have achieved what it had set out to achieve, BUT unlike others, the ATM has not lost anything. You can’t lose what you never had. Well done ATM.”

The post-election statement issued by DA leader John Steenhuisen almost rivals Manyi’s in its insistence that the polls actually represent excellent news for his party.

The statement seems to start off in touch with reality, acknowledging that these elections have given the DA “areas for us to look at critically and honestly so that we may make improvements” — although there is also “much to feel buoyed by”.

“We know which communities and which regions have sent us a message,” continues Steenhuisen, though he is certainly not about to elaborate. He says that voters don’t like unstable coalitions, which is undoubtedly true, and lays out the DA’s conditions for entering into coalitions.

Then things start to veer off-piste. “An even more important message we received from voters is that, where we govern outright and govern well, people want more of the same,” declares Steenhuisen.

Except in the eight municipalities where the DA did govern outright and people decided they wanted rather less of the same. Unless, of course, Steenhuisen is suggesting that these municipalities were not governed well?

The result in Cape Agulhas is particularly jaw-dropping, since News24’s Out of Order index recently ranked Cape Agulhas as the top-performing municipality in the country. This was, apparently, not enough for voters to return the DA to power with a majority.

Continues Steenhuisen: “That is why municipalities such as Midvaal, Mossel Bay and Stellenbosch gave the DA such a strong mandate to continue our work there.”

Fair enough on Midvaal and Mossel Bay, both of which were rare DA success stories in this election. Not quite so valid with regard to Stellenbosch, where the DA dropped two seats and went from 2016’s 69.39% to 2021’s 61.43% support. It’s also fair for Steenhuisen to point out that Cape Town chose a DA mayor again, although once more with a reduced vote share.

It’s here, however, that Steenhuisen begins to embark on some serious off-roading from reality.

“What we also learnt from this election is that our project of stabilisation and consolidation of the DA is very much on track,” he writes. That is not remotely what the numbers suggest, but okay. He then proceeds to suggest that one should compare the DA’s results in this election with the 2019 national elections rather than the last local government elections:

“While many analysts choose to look only at how parties performed in these elections compared to the last local government election in 2016 — since campaign issues and factors such as voter turnout often differ from a national election — the DA has had a unique journey over this period that makes the 2019 figures particularly relevant.”

Just to be clear, this is dishonest. It is not “many analysts” who choose to compare apples with apples; it is all reputable analysts. That is why the IEC website does not even give one the option to compare 2021 results with 2019 results: to do so is almost meaningless.

In one set of elections, the public is voting for a local councillor to fix the pothole outside their door. In another set, they are voting for the legislators they want to see representing them in Parliament. These amount to, as Steenhuisen blithely acknowledges, rather different “campaign issues and factors”, and that’s why certain parties do better or worse in the local government elections than in the national polls.

The DA has traditionally done better in the local government elections than the national elections; quite a lot better. The high-water mark of the party’s electoral performance — the best it has ever done — was in 2016 under the leadership of Mmusi Maimane.

Steenhuisen is patently trying to redirect attention from 2016 to 2019, where the party brought home a dismal 20.77%, in order to claim an improvement in electoral results under his stewardship. This is verging on gaslighting.

It is also part of a nasty trend that has taken root in the DA under Steenhuisen’s leadership, and which sees the party attempt to cast doubt on analysts’ findings rather than own up to its own failings. It was also the case after 2020’s Super Wednesday, where analysts like Daily Maverick’s superb number-cruncher Wayne Sussman pointed out — based on cold, hard numbers — that the DA performed poorly, and were accused by the DA leadership of misrepresenting the facts. Instead, it is the DA that seems increasingly to be peddling alternative facts.

“Equally encouraging has been our growth among peri-urban and rural black voters, where a sample of over 3,000 voters showed our support doubling from 3.2% to 6.4% in this segment,” writes Steenhuisen, employing another classic tactic: cherry-picking supporting figures without giving any clear indication where they come from. Who are these 3,000 voters?

The analysts looking at the 2021 local government election data have unequivocally shown, for instance, that the DA’s support among black voters in Joburg townships has virtually halved since 2016.

Why would Steenhuisen be so set on painting a rosy picture in the face of clear evidence to the contrary? One might suggest two reasons.

The first is that the Steenhuisen/Zille axis has been adamant that it is not engaging in “identity politics” — which, it turns out, really means: “it is not making any special appeal to voters of colour”.

Because the party has simultaneously been making almost frantic appeals to Afrikaans voters and their sense of identity. A recent DA statement on the Stellenbosch language fracas went so far as to accuse the exclusively Afrikaans Freedom Front Plus of being hensoppers — people who surrender — when it came to fighting for Afrikaans rights. Identity politics, it turns out, is acceptable to the DA when it comes to Afrikaners.

The irony of this is that the DA’s greatest success this election came in winning its first-ever KwaZulu-Natal municipality in the form of uMngeni (Howick), which it did by sending in a passionate and talented young white man, Chris Pappas, who happens to speak isiZulu fluently. Pappas’s ability to connect with Zulu-speaking voters in their own language is evidently what made the difference there — because language is identity, and people want their identities to be seen, heard and recognised. (Pappas suggested as much to me when I interviewed him on Thursday.)

For the DA to acknowledge the losses it has suffered in these polls as a result of the Steenhuisen/Zille identity blindness would clearly be deeply confronting to its leadership.

The second reason why Steenhuisen cannot cop up to the DA’s failure in these elections is because that is precisely what his predecessor, Maimane, was made to do after the disastrous 2019 polls, which led to Maimane’s forced resignation. By the same logic, Steenhuisen should also be made to bear responsibility for these disappointing results — which show that he has not even succeeded in stemming the loss of votes to the Freedom Front Plus, which was said to be his priority.

Come back to Earth, John, and consider facing the music. DM