Chiefs and Pirates on equal footing heading into Soweto derby 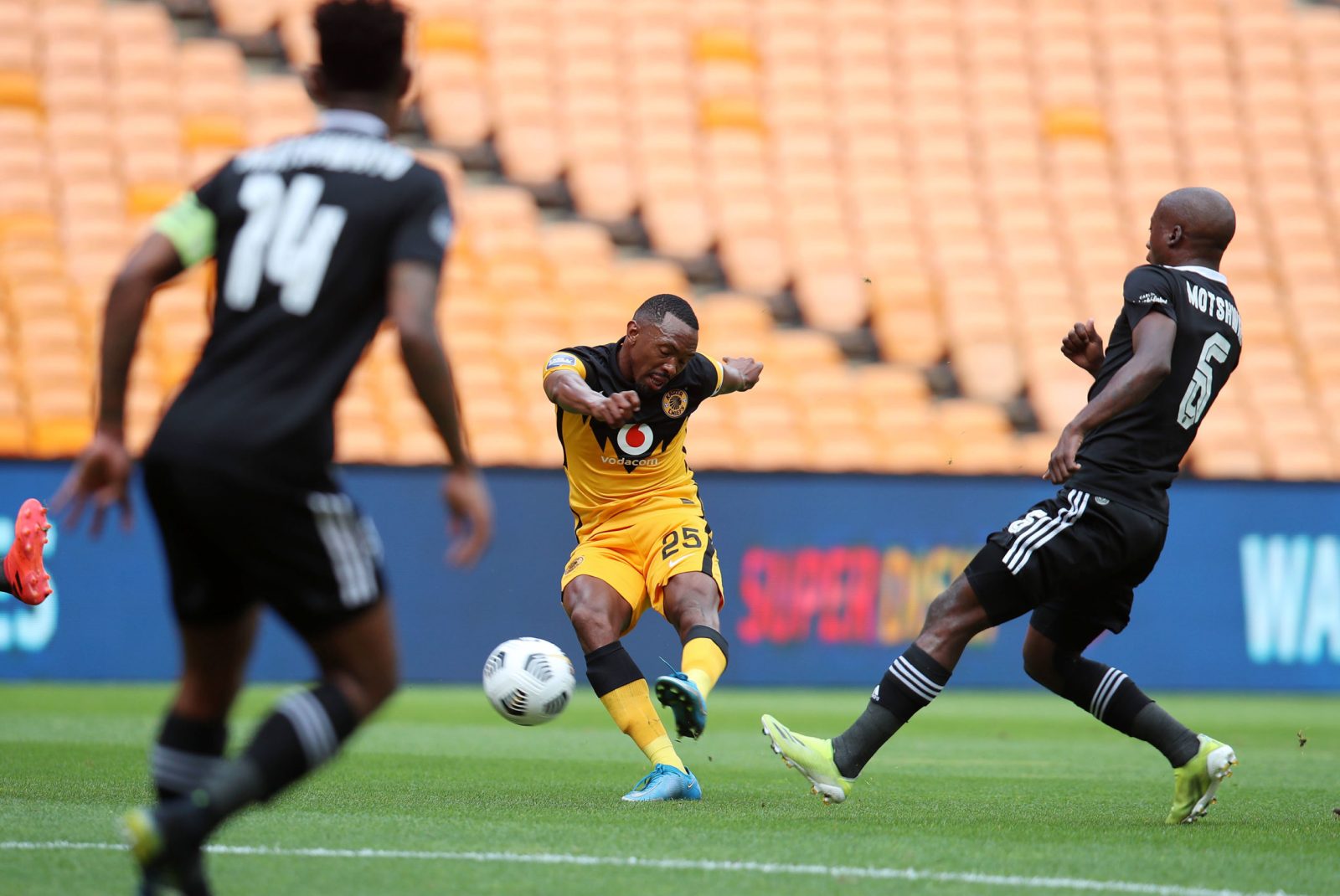 Bernard Parker of Kaizer Chiefs takes a shot at goal while challenged by Ben Motshwari of Orlando Pirates during the DStv Premiership match between Kaizer Chiefs and Orlando Pirates at FNB Stadium on March 21, 2021 in Johannesburg, South Africa. (Photo by Muzi Ntombela/BackpagePix/Gallo Images)

Amakhosi meet the Sea Robbers to headline this weekend’s DStv Premiership fixtures. Elsewhere, log leaders Mamelodi Sundowns are keen to maintain their unbeaten run after eight games, from which they have yet to concede a single goal.

Bitter rivals Orlando Pirates and Kaizer Chiefs come into the latest edition of the historic Soweto derby with little separating them in terms of form and their location on the DStv Premiership table.

The Buccaneers are in sixth spot after their nine games, with Amakhosi one spot behind having played the same number of games as their rivals. The Soweto sides are separated by two points and have each one three games, although Pirates have been beaten just once compared to Amakhosi’s three losses.

They have both found the back of the net ten times, with Amakhosi also letting in the same number of goals, while the Sea Robbers’ defence has been plundered on eight different occasions so far this campaign.

Amakhosi coach Stuart Baxter says, despite the obvious fanfare around the derby, their focus is acquiring three points which will contribute to them being in a good position on the log, come the end of the season.

“When you go into the derby, you have to make sure that you perform on the day and not bring into your world worries like where are we on the log and other things one would worry about.

“The less chit-chat there is in the lead-up to a derby, gives you a chance to focus on the important parts of the game.”

Amakhosi have had a slow start to the season which included a four-game winless streak. They shattered that streak with a 4-0 thrashing of Chippa United before following it up with a win against highflyers SuperSport United.

In their last game though they reverted back to their early-season inconsistencies and were duly punished by surprise package of the season, Stellenbosch. The Capetonians edged Amakhosi 1-0 in their midweek clash.

At the centre of all things good for Amakhosi this season has been former Mamelodi Sundowns midfielder Keagan Dolly. The attacking midfielder has scored three goals and laid on a further three for his teammates in eight league matches.

Despite his obvious threat, Pirates mentor Mandla Ncikazi says they have prepared for the whole Amakhosi team and not just an individual.

“We have to devise a plan, whether it works or not, we hope that it works,” Ncikazi said in a pre-match press conference.

“Dolly is the best player, but there are many more at Kaizer Chiefs. We have to look at them holistically as the attack, we will try to stop them from their strengths, adapt to whatever they are doing and try and impose our game. When we have the ball, try to take better care of it because they can hurt you if you lose it carelessly, especially in areas where they want to win the ball.”

Dolly himself is looking forward to strutting his stuff in one of the biggest fixtures on the African continent.

“I always saw myself playing in the Soweto derby. Luckily now I have that opportunity to finally realise my childhood dream. Even though we won’t have supporters, I know I will have my family, people that’ve been Chiefs fans since I was born, at home supporting me,” said the 28-year-old.

Having set a new Premier Soccer League (PSL) clean sheets record in their 1-0 win over Maritzburg United, Sundowns will be eyeing an extension of that impressive record when they take on Marumo Gallants on Sunday.

With 11 consecutive league clean sheets dating back to last season, Masandawana usurped previous record-holders Bidvest Wits, who set the record at the beginning of the 2003/2004 season after playing their first 10 games without conceding.

Following the breaking of this record in midweek, Sundowns co-coach Rulani Mokwena lavished praise on his players for their commitment and consistency.

“They are the ones who sit for hours to do corrections and hours analysing oppositions and they take their careers very seriously. Everything that you see is the result of the profile and the hard work of these players” Mokwena said.

The defending champions now have their eyes set on surpassing Wits’ record of consecutive clean sheets in a single season. They are just three games away from eclipsing it as well. DM