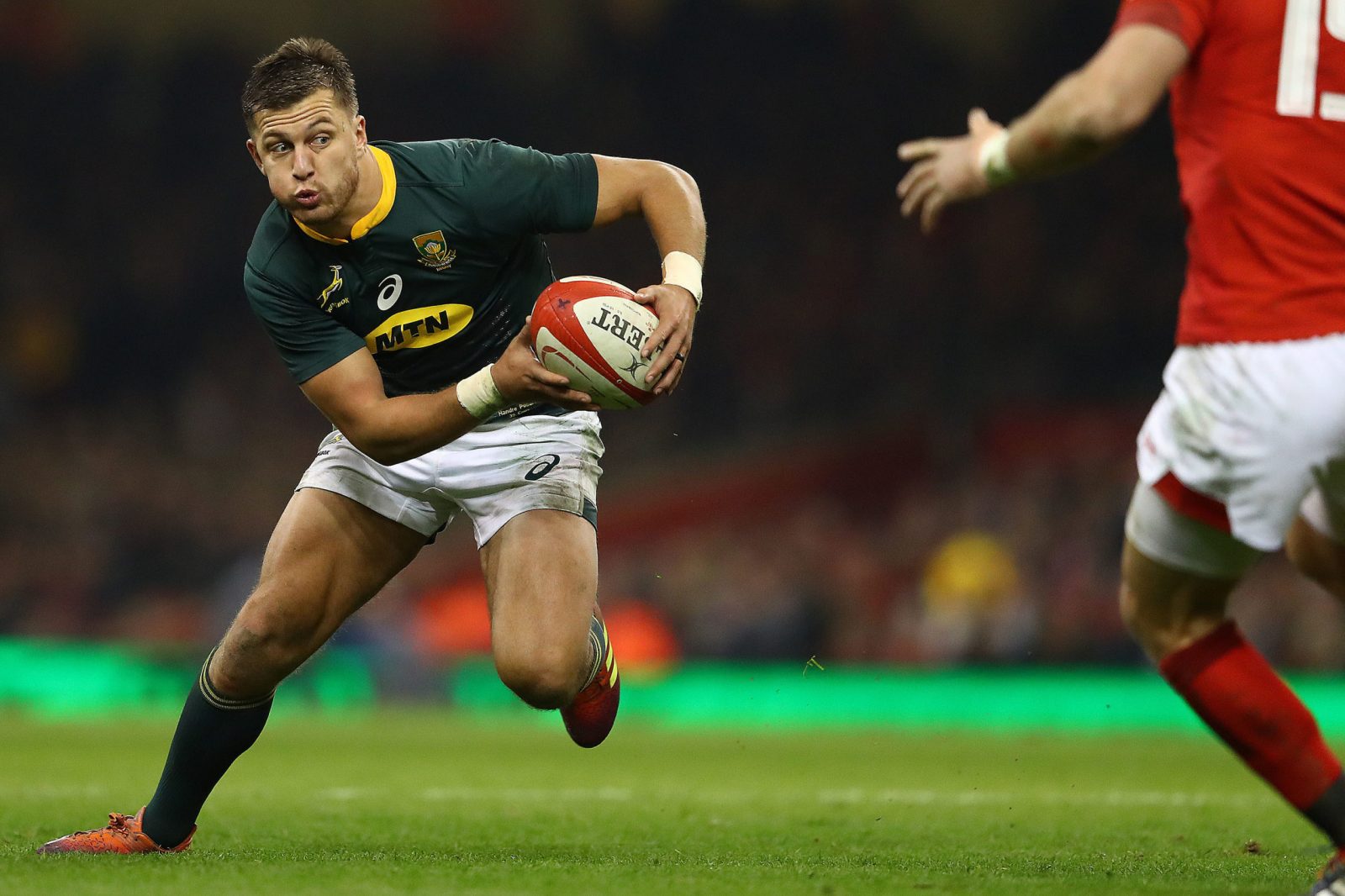 The Springboks have lost their last four Tests against Wales in Cardiff since 2013. Ending that sequence would add another milestone to the world champions’ growing list of achievements at the Principality Stadium on Saturday.

The last time the Boks started a Test as favourites, they stumbled. That was against Australia in September and this weekend they again go into a match as favourites when they meet Wales at the Principality Stadium.

Earlier this year, the Boks won a Lions series as underdogs and they managed to beat the All Blacks in October after three losses in a row (two versus Australia and one against New Zealand) — again as underdogs. Against Wales, the Springboks need to live up to the favourites’ tag as part of their quest to become the dominant force in the game between World Cups.

Wales have just been thrashed by the All Blacks and are missing many key players, most notably Lions skipper Alun Wyn Jones and Lions hooker Ken Owens.

On paper, the Boks are the superior team, with the same brutal pack that bullied the All Blacks in Gold Coast primed to do the same to Wales this weekend. Yet they always seem to struggle in Cardiff, not least because Wales are an effective side.

The current Six Nations champions are the team that most similarly resembles the Boks, with emphasis on set-piece and forward strength, and a strong kicking game. And like the Boks, Wales are also trying to evolve their game into a more rounded approach.

South Africa demonstrated against the All Blacks that they are capable of scintillating rugby, finally crushing the narrative that they are a boring, one-dimensional team. Damian de Allende’s first-half try, after an outrageous behind-the-back pass by Lukhanyo Am, will surely be one of the tries of the season.

That try’s genesis stemmed from blunt power in the build-up, but the finish was pure vision, slathered with insouciance on Am’s part as he fed the ball to Sbu Nkosi. The wing, who is absent this weekend, perfectly delayed his pass before feeding De Allende.

There is no doubt that the Boks are developing attacking threats in different ways now and there are more layers to their game. Those layers, however, are built on their immovable foundation of set-piece and defensive dominance. Everything stems from that base.

Will they show more of that ingenuity against Wales this weekend? Well, the answer depends on the quality of the ball the forwards provide, but there is no doubt there is more attacking intent.

Wales coach Wayne Pivac made six changes from the side that lost 54-16 to the All Blacks. The side boasts a formidable backline spearheaded by flyhalf Dan Biggar. Lions wings Josh Adams and Louis Rees-Zammit ate lethal finishers so the Boks will look to limit their opportunities.

“We want to build on last week and try to be positive where we can,” Pivac told the media. “But we’ve got to be sensible as well. We know the threat South Africa brings. They’ve obviously world-class. They won the World Cup and they won their last match against New Zealand.

“They’ve got a magnificent set-piece, so discipline will be the key. We’ll try not to give them too many set pieces because they’re very strong in that area of the game.

“They bring an aerial threat as well so we’re going to have to be on top of our game. But when we do have position, if it’s on, we’ll look to try and create.”

Springbok prop Trevor Nyakane knows that Wales are missing some key players, but he has first-hand experience of losing in Cardiff, so there is no complacency from the team.

And despite showing more attacking flair when they beat the All Blacks 31-29, Nyakane tempered expectations that the Boks would somehow be morphing into a sevens team.

“When it comes to international rugby, you’re not going to get a lot of opportunities to just run the ball and score tries freely,” Nyakane told the media this week.

“It’s going to be a physical game that will come down to who takes the opportunity when it presents itself.

“It’s going to be tough and patience will be a necessity because in international rugby, you don’t just find space in every second phase.

Springbok coach Jacques Nienaber named Jesse Kriel on the wing in a reprisal of a role he performed against the All Blacks in Wellington in 2018. The Boks won that day.

Kriel, normally a centre, is certainly fast enough to play wing while he is also going to be a key defensive organiser with Willie le Roux left out of this match. Damian Willemse starts at fullback, providing an opportunity to convince the coach he is the man to play fullback at Rugby World Cup 2023.

“Obviously, I enjoy my rugby at centre, but I love it just as much playing on the wing,” Kriel said this week.

“Defensively, being able to control who folds, who stays and who goes is a big part of our system. Being vocal and making the big defensive reads is the role that I must play this weekend.

“Mzwandile Stick (backline coach) has been doing a great job with all of us outside backs right throughout our campaign — since way before the World Cup — working on our aerial skills and things like that. As a result, most of the backs in our team are able to play various positions.” DM