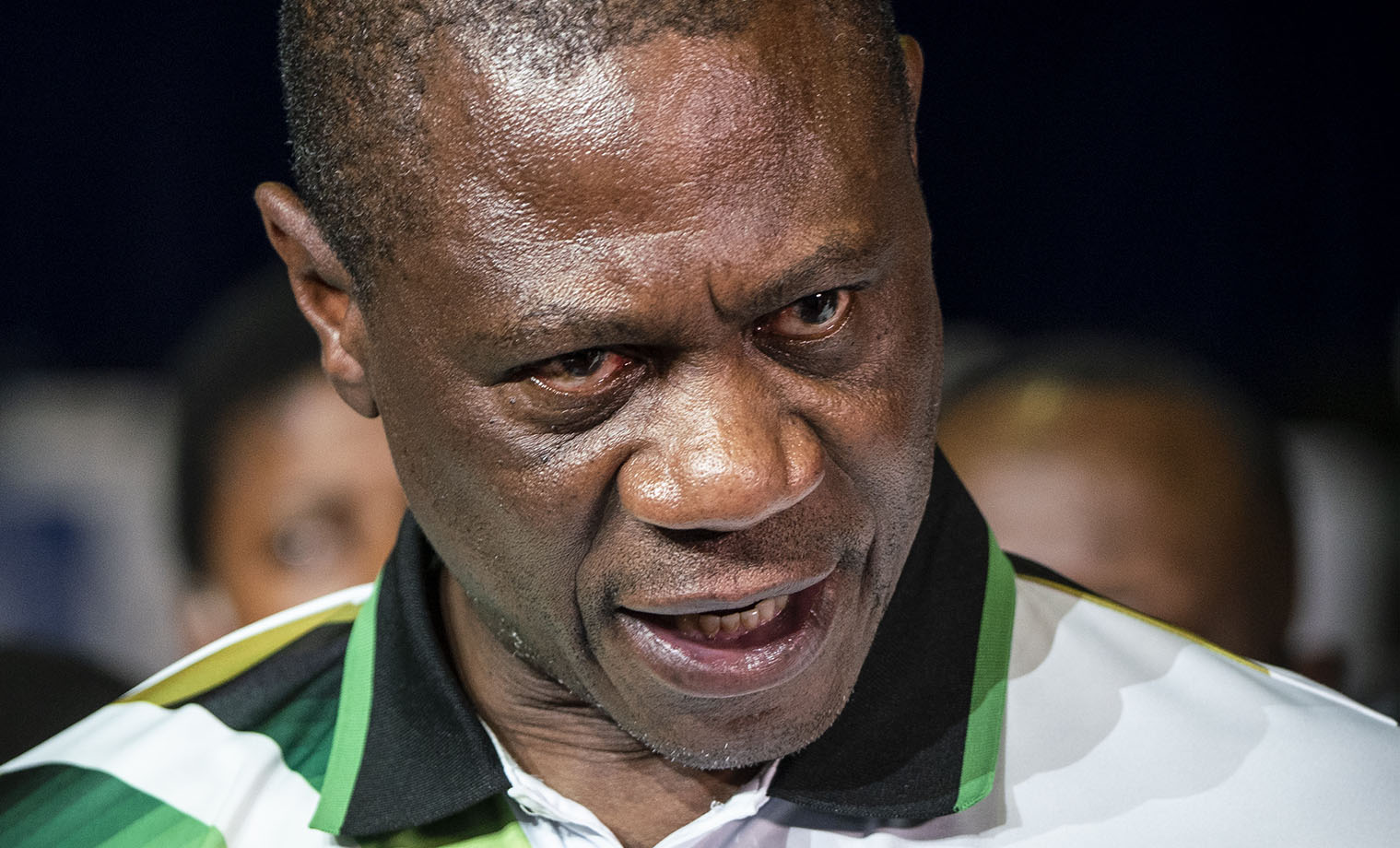 Day two of the counting of ballots progressed slowly on Wednesday, with promises by the Electoral Commission of South Africa officials getting hopes up that things would have been over sooner.

‘The perennial elusive 90% is now at hand,” said Chief Electoral Officer Sy Mamabolo at the Electoral Commission of SA’s (IEC’s) last press conference of the day at 8pm in the national Results Operations Centre in the Tshwane Events Centre.

“You may ask… when are we likely to conclude everything? Our position is that we will not go to bed until the results are declared for all the municipalities,” he continued.

Mamabolo said the commission was hoping to have results by daybreak, but he didn’t want to commit to a timeframe the media would hold him to.

The percentage of counted and audited votes moved slowly from the 60% that had been completed by the morning, to almost 80% by late afternoon.

There was talk of a slow auditing process, and it’s likely that there were more disputes than usual due to the little time the IEC had to prepare and also due to voter management devices that didn’t work the way they should have.

It’s impossible to tell how many complaints had been lodged. “We don’t have it. No one in the world has it!” commissioner Mosotho Moepya said as he threw his hands in the air during his turn at the briefing.

In 2016, the counting of the last few votes, especially in the Johannesburg City Metro, where the outcome between the ANC and the DA was close, was painfully slow.

“Never do an election of this magnitude in 42 days,” Mamabolo said. “If there is any advice we want to give to any elections management agency anywhere in the world, our perennial advice would be, don’t do it. It’s dangerous and may lead to disputes that may be very difficult to resolve.”

The metros are again the last ones outstanding.

On the floor in the area where the party agents sit, frayed nerves and frantic early calculations made way for quiet resignation as the lay of the land became clearer, like when the dust recedes at the scene of a crash.

ANC Deputy Secretary-General Jessie Duarte, dressed in ANC colours throughout, gave the appearance of having managed some sleep between voting day on Monday and Wednesday morning.

She even cracked a few jokes and made mischief by directing an inquiry about the ANC’s elections campaign to Minister Fikile Mbalula, who had gone to the building next door for lunch. “Go and harass him in the dining hall,” she said. It was hard to tell if she was poking fun at her colleague or the journalist.

Consistency has been lacking in the pronouncements of politicians, and it’s sometimes hard to tell if this is due to the way the picture changes as more votes are counted, or to politicians’ relationship with the truth.

One of the observers, for example, said Duarte had told him on Tuesday that the ANC was set to get above 50% of the vote nationwide, but by Wednesday morning she said the party had always known that it would drop below 50% in these elections — it was part of the painful renewal process.

This could be Duarte’s last election as a top ANC official as she has, on occasion, remarked that she would be retiring and writing books after next year’s national elective conference in December.

To the right of the ANC table, in the middle row, the Economic Freedom Fighters have their spot. On Tuesday, when ANC Chairperson Gwede Mantashe was jokingly asked whether he was sitting behind the EFF’s table to make coalition talks with them, he laughed and said: “EFF is our child, so why do you want us to fight? Do you enjoy it when a father and a child are fighting?”

Later, one of the party agents at the EFF table studied the results for Bushbuckridge as these trickled in.

With 41% of the vote counted, the EFF’s share stood at about 11%. The party official squealed with delight because she reckoned that was an indication that this share would more than double, to above 22%, as the percentage of the vote still had to more than double to get to 100%.

With maths like this, it’s perhaps no wonder that the EFF’s support has mostly stagnated, except in Ekurhuleni, where the party has grown its share of the vote.

The EFF party agents would do well to pull over a chair next to the Freedom Front Plus table. This party isn’t all that big, but like the EFF it’s one of the few that has shown growth in the 2019 general elections.

The FF Plus also appears to have calculated its campaigns with military precision. Compared with the other parties — including the EFF — the FF Plus share of the vote is low, but the number of seats it has won seems disproportionately large. “Fractions matter,” said the party’s Wouter Wessels.

Some parties had upped and abandoned their tables by Wednesday afternoon, such as Patricia de Lille’s Good party and Bantu Holomisa’s UDM. (In all fairness, they might have been watching from the Western Cape and the Eastern Cape respectively, closer to home).

Perhaps the most interesting feature of the party agents’ area, which is to the left side of the floor, is the informal and preliminary chats to be had about possible coalitions.

“We don’t go to the party agents’ area to look at the results,” said Michael Beaumont from ActionSA, only half-jokingly. “That we can do from our homes.”

The newcomer, whose leader Herman Mashaba was boasting about unseating the ANC in some municipalities, will have to talk seriously about coalitions if it is to make the impact in the municipalities that it is hoping for.

Somewhere during the day the Patriotic Alliance’s Kenny Kunene and Gayton McKenzie made a turn at the ActionSA table, where the duo told ActionSA they’d be good coalition partners as both parties spoke out against illegal foreigners.

It’s not clear whether they also remarked that their neon green T-shirts were matching.

Unlike 2016, though, there were fewer visible advances between party agents as the hours ticked by in a centre that got seriously stuffy by midday in the 32°C summer heat.

Five years ago, coalitions were a fairly new phenomenon and parties were somewhat ill-prepared as they started feeling each other out. This year, armed with more experience, the bigger parties could already present well-thought-through plans on how they would take on the biggest horse-trading exercise on the South African political landscape. DM