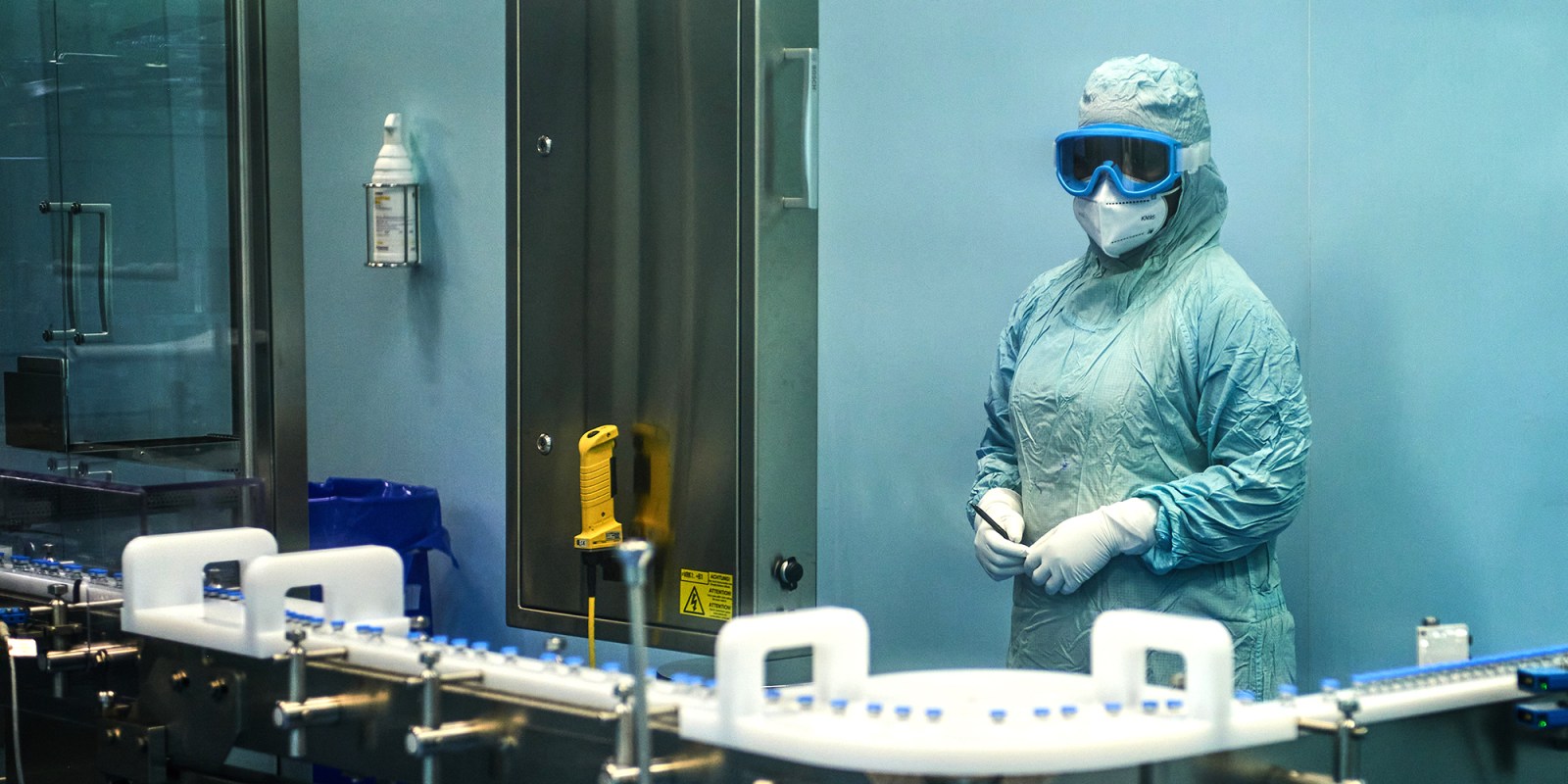 The World Health Organization granted emergency authorisation to a vaccine co-developed by India’s medical research agency and local manufacturer Bharat Biotech International, adding another tool to the fight against Covid-19.

Hong Kong’s government has approved booster shots for high-risk groups starting this month, including people over 60 and those with weakened immune systems. 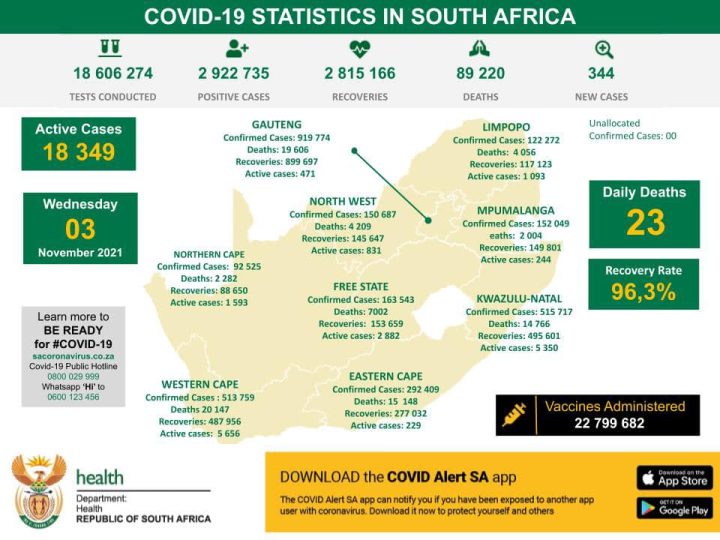 Germany’s health minister renewed his plea for widespread boosters in Europe’s biggest economy, saying doctors should start administering them to all adults even if the country’s vaccine commission hasn’t recommended that step.

Moscow will end a partial lockdown on 7 November after its mayor said the disease trend has stabilised, ending speculation the Russian capital would extend non-working days amid a continuing spike in cases.

Green Bay Packers star quarterback Aaron Rodgers has tested positive and will miss the team’s next game against the Kansas City Chiefs on Sunday, according to ESPN.

Rodgers is unvaccinated, meaning he will miss a minimum of 10 days even if he tests negative for Covid-19, the NFL Network reported.

German Health Minister Jens Spahn renewed his plea for widespread Covid boosters, saying doctors should start administering them to all adults, even if the country’s vaccine commission hasn’t recommended that step.

Boosters are already approved for all adults in Europe, and Germany is struggling to prevent another painful Covid wave as infections surge and hospitals fill up again with patients.

While the independent vaccine commission is still mulling over the costs and benefits of widespread boosters, there are sufficient data from Israel and elsewhere that rolling them out swiftly and widely can stop a rising tide of infections, Spahn said.

Moscow will end its partial lockdown on 7 November, Mayor Sergei Sobyanin said, ending speculation that the Russian capital would extend non-working days amid a continuing spike in cases.

“In Moscow, the disease trend has stabilised,” Sobyanin said in televised comments. “The non-working days won’t be extended from Monday.”

The seven-day moving average of new daily infections in Moscow hit a four-month high on Tuesday, reaching above 7,000, before dipping slightly Wednesday. Nationwide, Russia reported a record number of new cases and deaths this week. Authorities on Friday reported the largest total number of deaths in any September since World War 2.

The WHO granted emergency authorisation to a vaccine co-developed by India’s medical research agency and local manufacturer Bharat Biotech International, ending a months-long wait that added to controversy around the homegrown shot.

The WHO approved the vaccine’s use in people aged 18 and older on a two-dose schedule with four weeks between shots, according to a statement on Wednesday. Covaxin joins a range of WHO emergency-cleared shots from AstraZeneca, China’s Sinopharm Group, and Sinovac Biotech, Pfizer and BioNTech, Johnson & Johnson and Moderna.

The agency’s nod is a welcome endorsement for Covaxin’s manufacturer. The Hyderabad-based company has been beset with problems since it partnered with the state-funded Indian Council of Medical Research last year to develop the inoculation.

Russia’s one-shot Sputnik Light vaccine is safe and induces a strong immune response, according to a study published in The Lancet.

The vaccine’s developers say it is highly effective when used on a standalone basis or as a booster. Sputnik Light is the first component of the Sputnik V vaccine, whose international roll-out has been slowed by production delays, especially of its second dose.

Russia reported a record number of Covid-related deaths in the past day.

Daily infections in Slovenia climbed to a record of 3,456 on Tuesday, with a positivity rate of 44.8%, increasing the pressure on the government to act to curb the spread. With the number of hospitalised patients needing intensive care approaching critical levels, additional restrictive measures are expected following a government session on Thursday. Eighteen people died on Tuesday, bringing total fatalities to 4,784.

Indonesia is cutting its Christmas public holiday by one day and banning civil servants from taking leave during the festive season to curb people’s mobility, according to a circular letter from the communications ministry.

The government is bracing for nearly 20 million people to travel across the country, risking a possible coronavirus resurgence. Previous spikes have followed long weekends and public holidays.

Hong Kong’s government has approved giving out booster shots for high-risk groups, including those over the age of 60 and the immuno-compromised, Food and Health Secretary Sophia Chan said at a briefing.

The city will roll out booster shots from 11 November and bookings will start on 5 November, Secretary for the Civil Service Patrick Nip said at the briefing. The government will start the programme with high-risk groups who got the Sinovac vaccine.

Ukraine reported 5,935 new Covid hospitalisations in a day, topping the previous daily record reached last week. Pandemic restrictions have been tightened to the highest level in most of the country, which has prompted a pickup in vaccinations. So far 18% of the population has been fully inoculated.

More than 40 million of the 108 million vaccines the nation has received are in warehouses, in transit to the archipelago’s remote islands, or waiting to be used in local health offices, according to the health department.

Singapore’s health ministry signalled again that virus curbs won’t remain as they are throughout November if the city-state reaches a key target for further easing.

The Ministry of Health was responding to a parliamentary question on Tuesday on the likelihood of people being able to dine out in groups of more than five. Current restrictions limit groups to two.

The ministry’s key metric for easing is whether the seven-day moving average of community cases declines week over week. Known as the weekly infection growth rate, that ratio currently sits at 1.09. DM