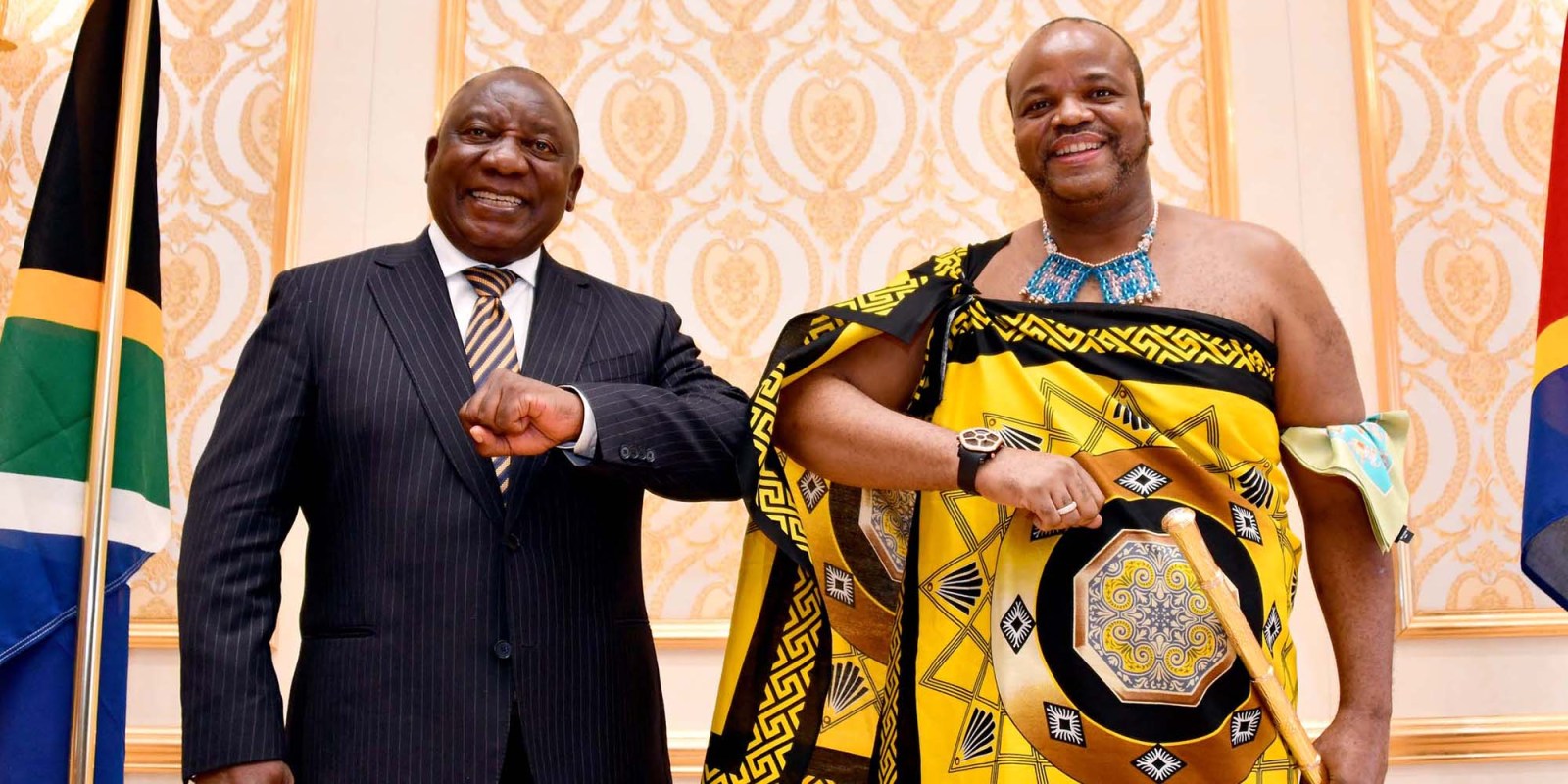 Eswatini’s main political opposition has generally welcomed President Cyril Ramaphosa’s meeting with King Mswati in Eswatini on Tuesday, in which they agreed on arrangements for a national dialogue to negotiate a way out of the country’s political impasse.

Thulani Maseko, chairperson of the Multi-Stakeholders Forum (MSF) which represents a broad range of political parties and civil society groups, expressed appreciation that President Cyril Ramaphosa had made King Mswati realise that the format of the national dialogue would have to be negotiated. But Maseko also expressed some reservations about Ramaphosa and Mswati’s agreement.

Ramaphosa intervened in the Eswatini crisis as chair of the security organ of the Southern African Development Community (SADC). He said in a statement after the meeting that he and Mswati had agreed that SADC’s Secretariat would work closely with the Eswatini government to draft the terms of reference for a national dialogue forum. These terms of reference would specify the composition and processes of the forum.

“The process towards the national dialogue will take into account and incorporate structures and processes enshrined in the Constitution of the Kingdom of Eswatini, including the role of the Parliament of the Kingdom, and the Sibaya convened by His Majesty King Mswati III,” Ramaphosa said.

“This preparatory process will take place during the coming three months, a period during which His Majesty will undertake his annual, mandatory Incwala ceremony,” Ramaphosa added.

The Sibaya is a traditional gathering, enshrined in the constitution,  where the king is supposed to consult the Swazi people on important issues. On 21 and 22 October, former cabinet minister Jeff Radebe, acting as Ramaphosa’s special envoy, led a delegation of SADC officials to Eswatini to meet Mswati, government ministers, officials, representatives of the political opposition and civil society to discuss the crisis.

Afterwards Radebe announced that Mswati had agreed on a national dialogue, but that this would take place in the format of Sibaya after Mswati had finished his annual Incwala retreat.

Maseko’s MSF immediately rejected this proposal on the grounds that the Sibaya was a format tightly controlled by the king and therefore not conducive to an equal dialogue. At Mswati’s last Sibaya in July, supposedly to discuss the recent eruption of violent protests and riots in which many protesters were shot dead by security forces, the king delivered a monologue and did not take questions from his subjects.

Maseko told Daily Maverick that the MSF welcomed Ramaphosa taking time to engage directly with Mswati. “We appreciate that he has made the King realise that dialogue is a process, not an event, and often Sibaya is an event.

“We note positively the appreciation for the need to establish a national dialogue and the process towards the dialogue.

“While parliament may have a role in converting the dialogue agreement into legislative commitments, depending on the engagements, it is unclear what role Sibaya is to play in the dialogue process.”

Maseko said Swazis recalled their “painful history” at the Sibaya on 12 April 1973, when they had lost their rights as full citizens. That was the day the previous king Sobhuza issued a decree banning multiparty politics.

Maseko added that Swazis also have painful memories of the Sibaya in 2005 when, he said, “our fate was sealed” with the promulgation of the current constitution. The new constitution established basic freedoms such as the freedoms of assembly and of expression. These were initially interpreted as implying a lifting of the ban on multiparty democracy, but this has never materialised.

“We do not see any value that Sibaya will add to the process, save to undermine our efforts towards genuine self-rule,” Maseko said. “The other point of disquiet relates to the development of the terms of reference.

“It is also not clear how the process can be carried out within the current framework and structures that are sought to be dismantled in favour of a multiparty dispensation.

“We hope these inconsistencies will be clarified as the preparatory work towards the negotiation is under way,” Maseko said, adding that the MSF would meet to reflect more deeply on the issue. DM