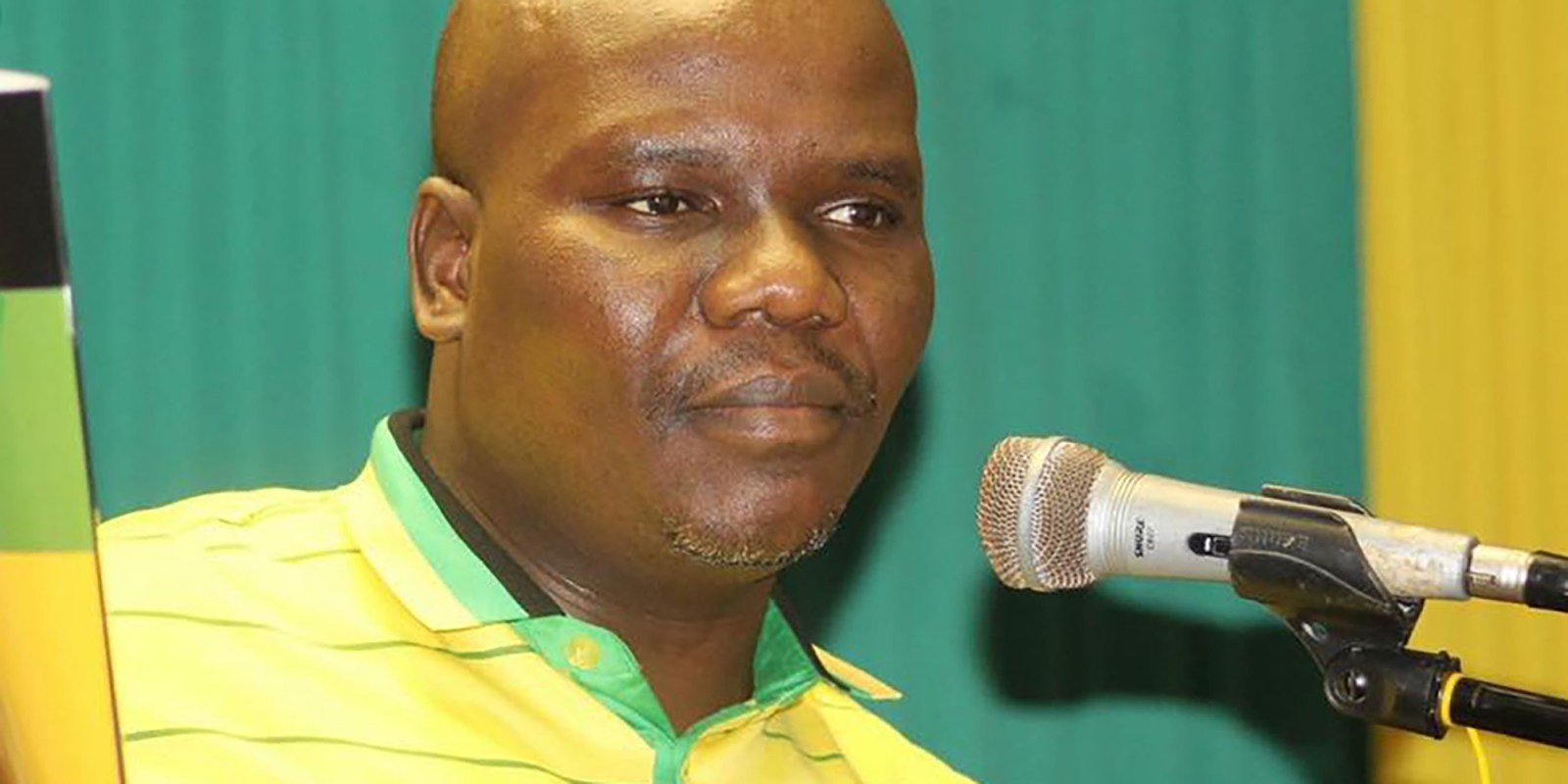 The secretary of the ANC in KwaZulu-Natal, Mdumiseni Ntuli, told Daily Maverick on Wednesday night it was evident that “something has gone horribly wrong in KZN” following the results of Monday’s local government election, but that he remained optimistic that the party would keep its majority in the eThekwini metro, despite various polls showing otherwise.

ANC KwaZulu-Natal secretary Mdumiseni Ntuli said that reports of ANC National Executive Committee member Jeff Radebe coming into the province to decide on possible coalition partners were “a complete distortion” and that provincial structures themselves would decide on these.

“It’s very difficult to say at this stage, without any contradiction, what happened in KZN. Clearly something has gone horribly wrong… especially in the north,” Ntuli told Daily Maverick.

By Wednesday evening vote-counting in the province had mostly been completed, barring certain areas of eThekwini, with audited results painting a disturbing picture for the governing party.

The Inkatha Freedom Party (IFP) had clawed back many of the wards and local municipalities it lost in previous elections and looked set to control three district municipalities in the north: King Cetshwayo, uMkhanyakude and Zululand.

The IFP had also increased its support in the south of the province in areas such as Ugu and Umzumbe.

The Democratic Alliance had taken the uMngeni Local Municipality off the ANC. This was the blue party’s first full control of a municipality in the province.

The DA also took the last remaining ward in Phoenix off the ANC, and a coveted ward in Chatsworth, confirming the blue party’s dominance among the minority Indian vote.

Ntuli said it was evident that many of the ANC’s voters simply had not turned up to vote and that this would be the focal point of meetings.

“We are convinced at this stage, unless the information comes out differently, that it has not been the case that ANC supporters went to vote for the IFP. The IFP retained its own support and mobilised them to go out and vote.

“Had we had our own supporters going out to vote as we had in 2016 and before that, we wouldn’t have run into problems. Once we have the results of all wards — we will be looking at that over this coming weekend — we will be in a better position to tell what has happened and we will look at other factors that may not necessarily be internal in the ANC but external, and impacting on the ANC.”

Those external factors could have included a snubbing by Shembe Church members, according to Ntuli, stressing that the external factors he discussed with Daily Maverick were his personal views and had yet to be mulled over by provincial ANC leadership.

On 28 September, thousands of Shembe members loyal to the Ebuhleni “faction” marched through eThekwini to the city hall, bringing traffic to a standstill for hours, in support of their leader. Estimates put the crowd at anything between 6,000 and 10,000.

There has been a leadership dispute within the church since 2011 when iNkosi Vimbeni Shembe died, leading to the Thembezinhle and Ebuhleni factions both claiming their chosen leaders were his successors. The rift eventually went the way of a civil suit that passed through KZN’s high courts and the Supreme Court of Appeal, with the latter upholding the former’s judgment in favour of the Thembezinhle faction.

During September’s march, the Ebuhleni faction handed over a memorandum to the eThekwini metro saying they believed their rights to choose their own leader had been violated.

Ntuli said that the marchers had “ventilated their unhappiness about the ANC-led government on the basis of a court decision.

“Many of our people do not see a distinction between courts and government. People who are mobilised on the basis of faith are very loyal to what they are doing. The message [from the church members] on that day, I have been saying to national leadership, was bound to have an impact on the African National Congress.”

The church has an estimated five million followers.

Another external factor, in Ntuli’s view, was “issues in the royal household” and how “the IFP had spun it around to say that the ANC was opposed” to having Prince Misuzulu kaZwelithini reign as the Zulu king following the deaths of King Goodwill Zwelithini and regent Mantfombi Dlamini Zulu earlier this year.

The matter of the royal succession is currently in court as disputes within the family continue. Ntuli said it was precisely because of this that a king could not yet be officially crowned.

“But because the government is ANC-led, and because the premier [in KZN] is the chair of the ANC, in the eyes of some of these people — Zulu people in the north — they say we [provincial leadership and ANC] are not happy and don’t want our king.

“That was another external factor we had no control over.”

There were also “subjective challenges” within the provincial ANC that had to be taken into consideration, said Ntuli, “such as the arrest of Jacob Zuma and the [July] unrest”.

“All of these matters, in my own view, in one way or the other, impacted negatively on the standing of the ANC… and were not experienced to such an extent in other provinces.”

As for a lack of service delivery and leadership within ANC wards and the role this would have had on the lack of enthusiasm among the party’s voters, Ntuli said it would have had an effect “to some extent”, but he didn’t want to “generalise” about it.

“There are wards where problems of public protests, unhappiness at service delivery have happened, but the ANC has retained those municipalities comfortably, such as Umdoni [South Coast area, where results had yet to be finalised at the time of publication] Umzumbe [South Coast] and Mpofana [Mooi River area].”

Clearly, voters had gone out in favour of the ANC, Ntuli said, “but not in big numbers”.

Ntuli said that while things were “not looking good in eThekwini”, he remained an optimist.

“[By 5pm on Wednesday] I was informed that only votes for 55 wards had been counted — you are expecting a count of 111 [wards]. So there were at that stage still 56 uncounted. In the 55 that have been counted, most of them have been won by the ANC.”

In some wards, the governing party had been supported by “over 80% of the electorate, which is a serious expression of confidence in the ANC”, despite the possible PR results, he said.

Ntuli said that he didn’t expect a coalition was on the cards for eThekwini, “but I may be wrong”.

“I said I am optimistic because I know of a few wards, Inchanga and others, where the difference between [the ANC] and the opposition is huge.”

Ntuli said he would only be convinced that the party would not retain over 50% in eThekwini when he saw the results of all of the outstanding wards.

As for claims that the party’s Radical Economic Transformation (RET) faction in the city had not cast votes, Ntuli said this was “nonsense”, and that the party’s campaign was on “all of our shoulders”, irrespective of ideological differences.

None of the so-called RET “comrades” had pushed back against the party, he said. “Everybody had their hands on the deck, everybody was committed.”

If anything, the ANC was resilient, said Ntuli, and even with challenges, the Provincial Executive Committee had been the “glue” that had “consolidated comrades”.

Radebe coming into the province to lead talks on possible coalitions was a “distortion”, he said. There had always been a national team, convened by Radebe, to “do permutations” about coalitions.

“That team works in the national space — it is not focused on KZN — because the intention on a national level is that we must be able to identify at a central level which political parties or individuals, in the case of independent candidates, we can associate with in municipalities that are hung.

“Even at that level, there is a consensus that each province will understand better their own conditions.” There was not and should not be a one-size-fits-all approach across provinces, he said.

“We [provincial leadership] will determine [which parties] we can cooperate with and then, of course, national will support us where we need a national organisation to be engaged at a national level to cooperate with us locally.”

Ntuli is due to hold a media briefing about the party’s election performance at the KZN IEC Results Operation Centre on Thursday afternoon. DM

The DA: Better or worse than expected?