New voter management devices blamed for disenfranchising up to 100,000 people 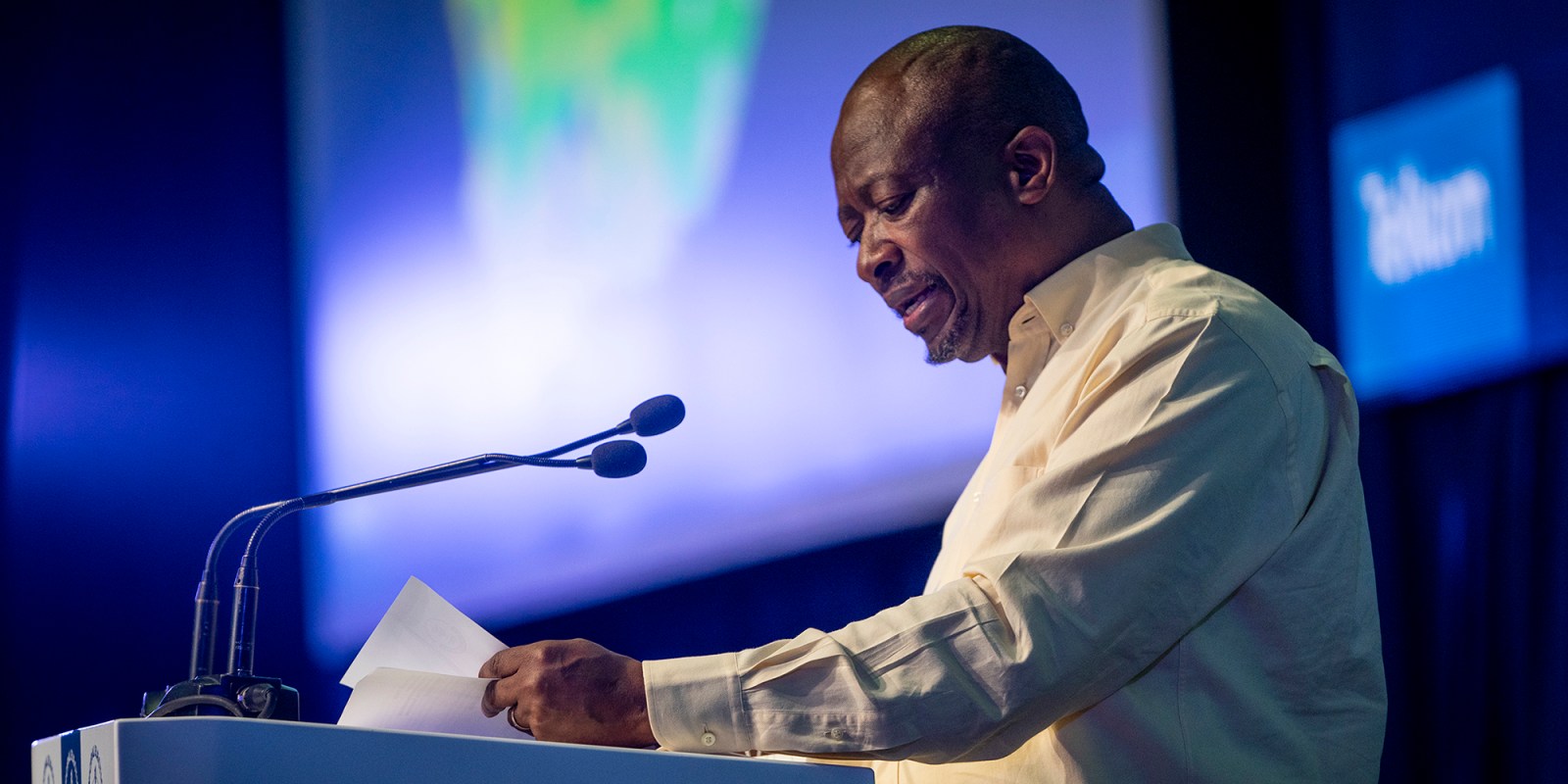 Questions have been raised about the exact number of voters who have been disenfranchised after not appearing on the voters’ roll or in the Electoral Commission’s systems because of problems with the voter management devices.

Elections commissioners are yet to open up completely about what went wrong when thousands of voters could not be found on the voters’ roll, despite having registered.

Electoral Commission (IEC) commissioner Mosotho Moepya said the IEC accepted that there were people who were not on the voters’ roll on election day (there were also problems over the weekend).

This means about 100,000 people who thought they were on the voters’ roll in their wards and who turned up to vote, couldn’t do so.

There is some discrepancy. On the voting day the figures given by the IEC of disenfranchised voters amounted to 6,000, while political parties had it at 67,000. Earlier in the day, Chief Electoral Officer Sy Mamabolo defended the voter management devices (VMDs) which were blamed for the problems and which were used for the first time in these elections.

Some were offline during voter registration weekend, and it appears that a combination of connectivity issues and human negligence — such as not downloading all the registered names on to the central database — could have played a role.

“Without the VMDs it would have been a sheer impossibility to deliver these elections,” Mamabolo said. The devices enabled the IEC to process more than 12.1 million voters and to capture and register their addresses during the registration weekend in September. Without these devices, it could have taken months, he said.

Some of the problems were also evident over the weekend when hundreds — possibly thousands — of applications for home visits were rejected because of these glitches. Although the IEC invited people who missed out to come out to vote on voting day, those who are mobility-impaired might have found this to be an insurmountable challenge.

Some of the problems were salvaged only in the last hour of voting, FF Plus elections head Wouter Wessels said, with some people having only about 45 minutes left to vote.

“A lot of other people got to polling stations and they were told they already voted, although they haven’t,” he said. “There is something very, very wrong.”

Parties will be able to raise this issue as an objection, but Wessels said the success of any objection would “depend on the outcome in specific municipalities, because to do that we will have to see, would it have had a significant impact, and would it have changed who governs the municipality?

“We have proof of voters, and we know other parties also do, so we have to see where there is a hung municipality where it could have gone the other way, then the party will consider going to the Electoral Court.”

This could result in municipalities or wards rerunning elections.

Meanwhile, DA leader John Steenhuisen said they were gathering information about voters who had difficulties when they went to cast their votes.

“We are busy collating that information, but we identified 151 voting stations across the country yesterday where there were significant problems with the voter management device, and where people were being turned back in significant numbers or giving up on the fact that they weren’t prepared to wait in the wind or the rain or the cold, or the baking heat, in those queues any more. Those people have been horribly disenfranchised.”

Steenhuisen says the IEC should explain in detail why and where their systems went wrong.

“We had a very low turnout. Can you imagine if there was a big turnout? Those stations would completely have ground to a halt as those machines failed one by one.”

Although he wouldn’t go as far as to say he considered the elections to have been not free and fair, he said, “I have got concerns about the conduct of the IEC in this particular election.”

The 40,000 VMDs were procured at the end of 2020 at a cost of R500-million to replace the zip-zip machines, which had been in use since 1998 and were criticised for not being able to capture real-time information. Some alleged that this made it possible for people to vote twice if they manage to somehow remove the indelible ink from their fingernails.

The VMD, which looks like a touch-screen tablet, can use its mapping function to register identity documents at the correct voting stations.

The devices are supposed to be able to check whether a certain voter has already cast their ballot in real-time.

“The VMDs will essentially operate in online mode in most parts of the country,” the IEC said during a briefing in September.

“In parts of the country where internet connection is not strong or reliable, the VMDs have been provisioned to operate in offline mode. In offline mode, the devices will be able to record transactions and perform verification based on data stored locally on each device.”

When the device enters an area with a signal, it is supposed to automatically upload the data that was stored on the device. Party representatives suspect that issues with this resulted in the problems which surfaced on voting day. DM

The DA: Better or worse than expected?