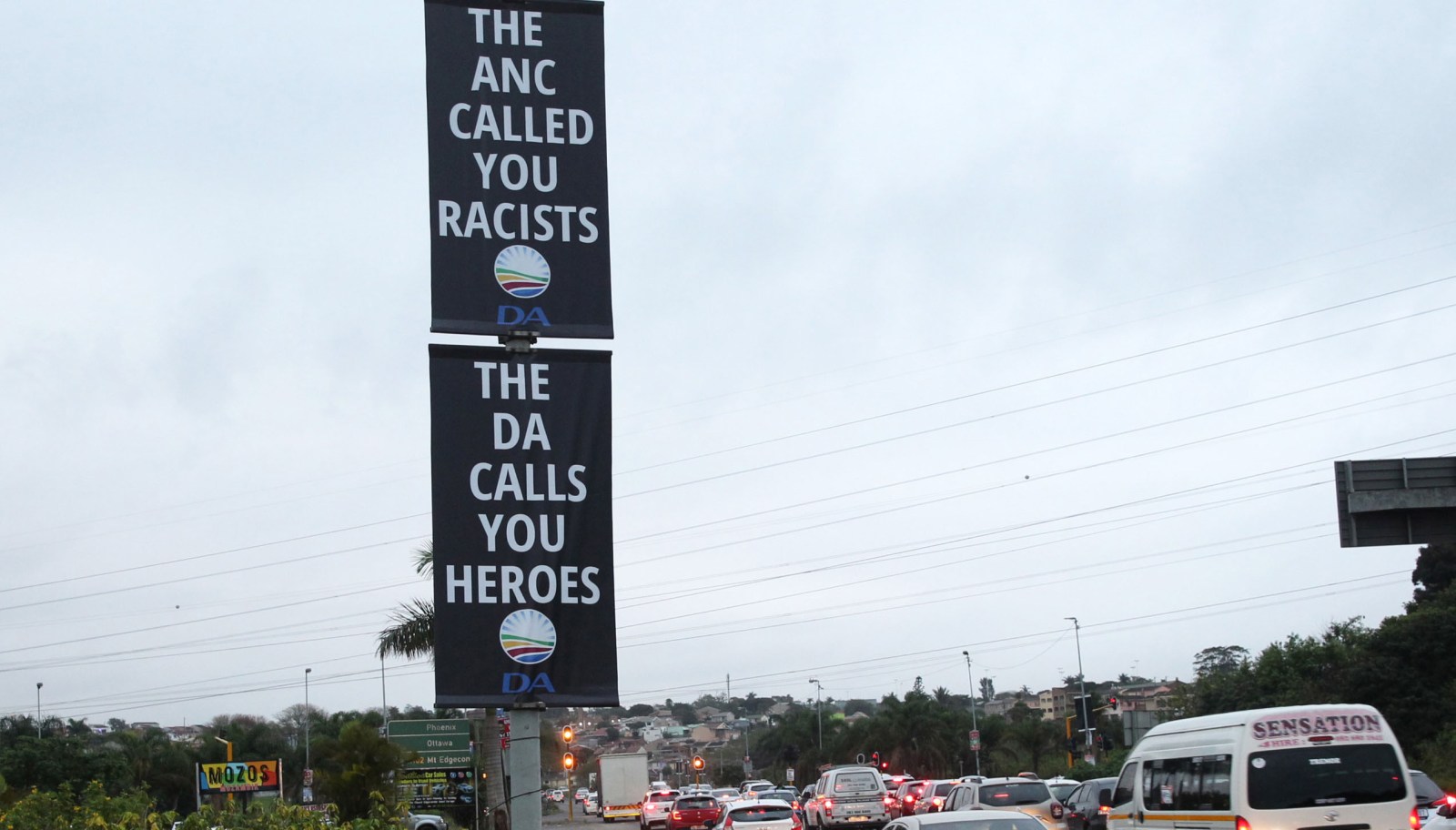 Despite a cloud of controversy stemming from the Democratic Alliance's campaign in the area, the party appears to have successfully wooed a large proportion of the electorate.

The Democratic Alliance has retained the four wards it controls in Phoenix, under the eThekwini Metro, and added one more, giving it a five-out-of-five win in the area.

This is despite the outcry on many media platforms following the party’s controversial posters referring to the deadly July riots that were erected in the predominantly Indian area just days before the local government polls.

Those riots led to the deaths of 36 people — most of them black Africans, thus stirring up racial tensions. Several matters pertaining to these murders are currently in court.

As yet unreleased figures show that the DA garnered 4,223 votes in Ward 52 on Monday, with the ANC obtaining 1,221.

The remainder of the votes belongs to smaller parties.

The DA’s success in Ward 52 has been attributed to Samier Singh, who was brought in as a PR councillor in 2016. According to Phoenix residents that Daily Maverick spoke to, Singh’s strength was his “visibility” and “working with residents”.

Singh told Daily Maverick that the party’s election posters had not affected residents, who were “more worried about having a better life”.

“Since I started as a PR councillor I have been on the ground in full force. It is a great feeling to have taken the ward by such a big margin,” said Singh.

DA eThekwini caucus leader, Nicole Graham, told Daily Maverick that Singh was “a really great councillor who was known in the community and had done the work”.

“The community clearly made its choice in favour of councillor Singh,” she said.

“The DA now holds all five wards in Phoenix and all five of the main wards in Chatsworth (another traditionally Indian area). What I think this shows is that despite all of the noise that has been generated in this election, people know the work of the DA, that they believe the DA represents them, and that they think that the DA is the only alternative. Our job now is to not let those people down.”

But according to former Ward 52 ANC councillor Boxer Zulu, the ANC had actually “won” because it had been campaigning under trying circumstances.

Several areas that fell under Ward 52 were moved to Ward 54 in 2020 via the Demarcation Board. Zulu told Daily Maverick that this was where “about 60% of my vote had come from”.

“I felt like a wounded lion [in this election]. I was the only African against about a 90% Indian community. So under those circumstances, I [got a good result].”

He said his loss had “nothing to do with service delivery”.

“Phoenix is well serviced, it is just an issue of maintenance.”

Zulu said low voter turnout had also affected the ward, as had the July riots.

“There has not been a lot of trust here since that. Before that it was fine, but now we are like two nations — Indians and blacks.” DM