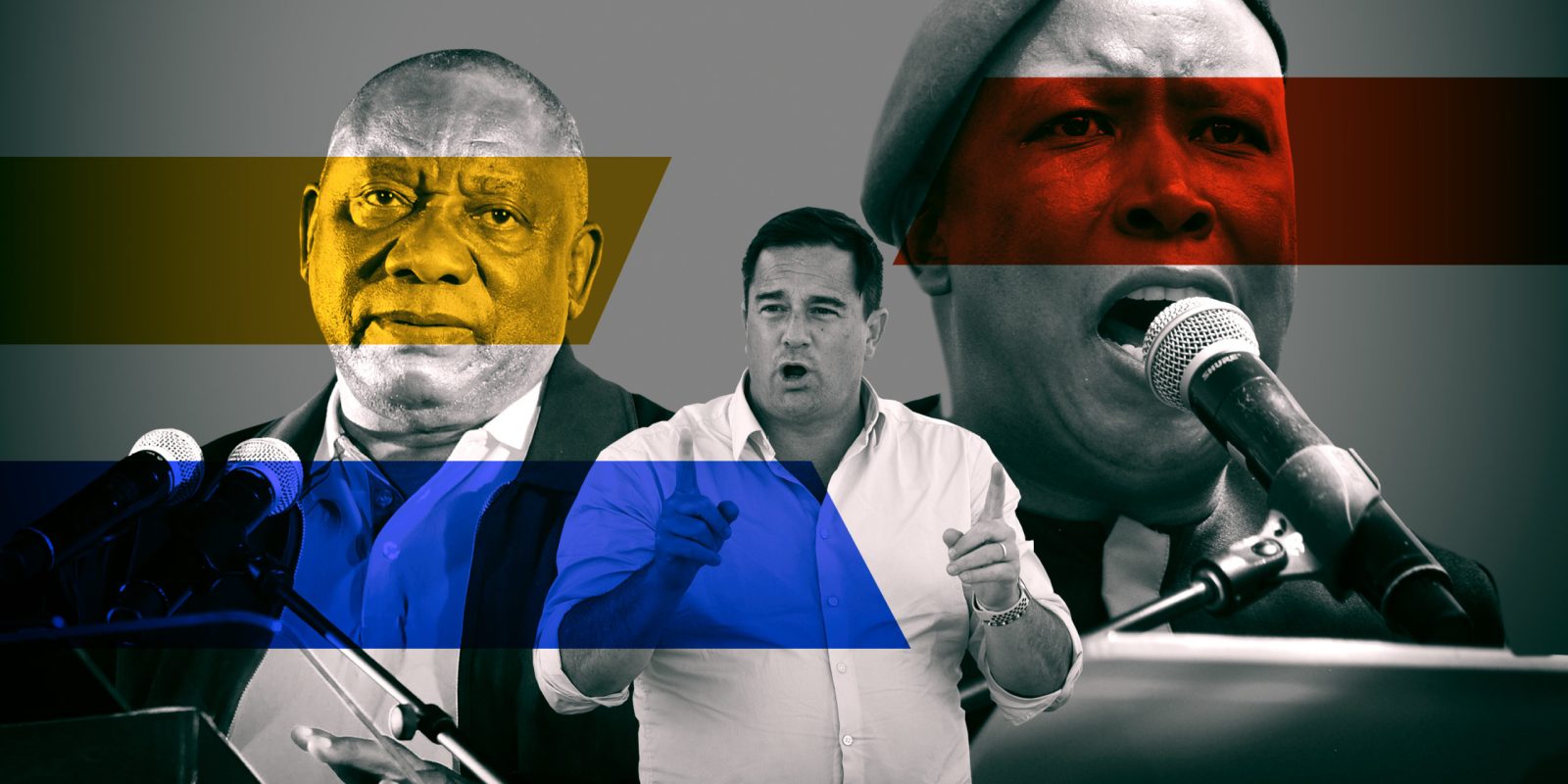 The central 2021 local government elections results’ trend towards coalitions means politicians are forced to seek coalitions in at least 40 councils, including four metros. A two-week clock starts ticking once the Electoral Commission of South Africa declares the election. Bring on the spin.

By Wednesday lunchtime the results available at the Electoral Commission of South Africa (IEC) Tshwane national results centre were in various stages of completion, and formal finalisation. At 36 hung councils declared, this is nine more than after the 2016 municipal poll.

Broadly speaking, the ANC lost — its 46.6% national polling support is a historic low — and failed in its election tout of regaining Johannesburg, Tshwane and Ekurhuleni.

While the DA may smile about its 22.2% polling support and outright wins in 22 councils, polling support has dropped compared to the 2016 municipal poll and has led to lower majorities.

The IFP has had a strong showing, and regained much ground north of the Tugela River, and remains cautiously optimistic about an improved showing in eThekwini. Also on the up is the Freedom Front Plus — at 91 councillors, it’s already beaten its 2016 councillor numbers by 22.

The EFF has boosted its performance by a couple of percentage points to 10.2%, or 229 councillors, compared to its 2016 municipal debut.

ActionSA emerged strong in Johannesburg — its leader’s mayoral ambitions are on public record — but also Ekurhuleni, while the newcomer also won a ward in Newcastle (apparently much unexpectedly).

With a 46.2% voter turnout on Wednesday lunchtime, it remained clear that those voters who decided to cast their ballots want a different kind of local government, particularly in the metros with economic muscle, away from one dominant party governance.

Since Tuesday, politicians’ thoughts have turned to coalitions, be that base deal-making for power or a perhaps more nuanced agreement for service delivery governance. By Wednesday, informal chats, obviously pending final results, were already underway.

The process itself is rather straightforward, even if the politics may not be.

In terms of the 1998 Local Government: Municipal Structures Act, once the IEC declares the election results — that’s expected on Thursday — councils have 14 days to have their first meeting. That window ends on 18 November.

The first order of the day at that first council meeting is the election of a council speaker, who then supervises the election of a mayor. The mayor will name his or her executive team. And then it should be up and away for the new council.

Unless there’s a dispute, like not being able to elect a speaker. If the council stalls, the intervention of the provincial Cooperative Governance MECs would be needed. Worst case scenario, the council remains unestablished, and new by-elections must be held.

Coincidentally, by-elections may also be required should the ANC not resolve the 200 or so disputes about its councillor candidates that were kicked into touch ahead of the 1 November poll.

Technically it would be possible to leave coalition talks to the last minute, but in politics that could exacerbate instability and tensions.

How the deals are struck will show South Africans where their elected public representatives put the onus — positions or principles.

The ANC top six are understood to be meeting on Wednesday to discuss coalition making. That’s because little if anything developed after the 2017 Nasrec policy conference discussions and it was necessary for the ANC to have guidelines on coalitions.

ANC elections boss Fikile Mbalula on Tuesday confirmed all proposals would go to the ANC’s National Executive Committee (NEC), which traditionally also signs off on mayors.

The DA is understood to have a broad strategy in place; it’ non-cooperation stance with the EFF may yet put it on a losing side in several councils.

While ActionSA had already met on Tuesday to discuss the various possible permutations, the Freedom Front Plus has hammered home principle in a more ‘wait and see’ attitude, as discussions may include more than one council.

South Africa’s administrative capital Tshwane illustrates some of the trickiness of coalition making. On the back of Wednesday’s counted results, a coalition between the DA, FF+, ActionSA and maybe a smaller party would easily clinch the city from of the opposition. But an ANC-EFF drive coalition, with smaller parties like Patriotic Alliance, may also make up the numbers.

And Cape Town illustrates a different dynamic — the higher than anticipated percentage support for the DA is enmeshed also with the significantly poor showing in strongholds of the ANC that collapsed to 13.2%.

The Western Cape is one of at least four ANC provinces without permanent structures.

The ANC’s historic low of 46.6% polling support, has effectively continued the downward swing now for over three elections, including the May 2019 national and provincial poll.

It should be a moment of introspection and reflection. But the fractional factions of the ANC may use this to start manoeuvring for the 2022 ANC national elective conference, which will determine whether its president Cyril Ramaphosa gets a second term as party president — an in 2024 as South Africa’s president.

Voters gave the ANC 31.7% in Johannesburg, 32% in Tshwane and a little better at 37.2% in Ekurhuleni, according to the IEC numbers around Wednesday lunchtime. In Nelson Mandela Bay Metro, ANC support at least hit 40%.

For the DA, losses have been more nuanced, even if its failure to galvanise voters’ discontent to its own ranks is rather blatant.

If the largest national opposition party wants to style its 22.2% as a polling success, it must be reminded that this stood at 24.5% of votes. And invoking the May 2019 national elections to spin the 2021 local government poll is like comparing apples with pears.

And the DA’s wins in Stellenbosch and Drakenstein (Paarl) are moderated by the loss of two and seven seats respectively. Kouga in the Eastern Cape remained DA, but with the loss of a seat.

The overall trend of the 1 November 2021 local government election is a thumbs-down on dominant political party governance as voters decided to withhold their ballots, or cast them for smaller parties like residents and civic organisations and newcomers like ActionSA.

It brings the crucial caution of plummeting public participation — and that’s not good for South Africa’s broader constitutional democracy. It’s a warning politicians would do well to head amid the upcoming coalition-making.  DM