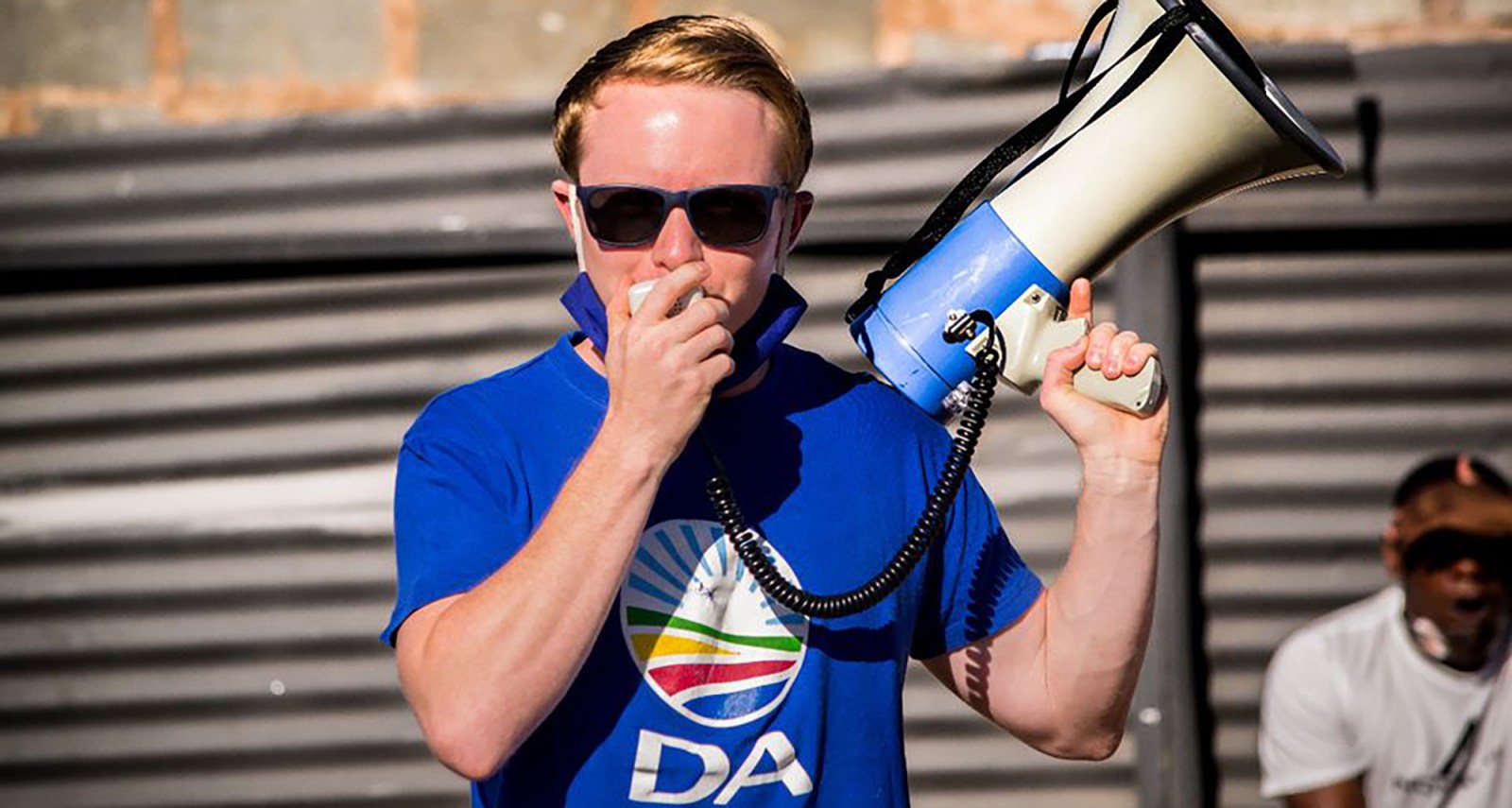 DA mayor-elect Chris Pappas in the municipality of uMngeni in the KwaZulu-Natal Midlands. (Photo: Facebook)

The Democratic Alliance won its first outright majority in KwaZulu-Natal with the announcement on Tuesday that it had claimed victory in uMngeni Local Municipality, where the ANC has been desperately holding on to its slight majority for years.

The party’s mayoral candidate, Chris Pappas, already has a 100-day plan for the municipality, Daily Maverick was told.

While on a percentile basis the party garnered 47.41% of the vote, it will still hold the majority of the 25 seats in the council thanks to its strong proportional representation showing.

In terms of ward seats, the ANC won eight and the DA five; however, combined with the proportional representation seats, the DA has a total of 13 seats to the ANC’s 10 and the EFF’s two.

Of the five wards won, the DA secured 51% in its worst-performing ward. In the remaining four wards it secured well above 80%, making this a fairly stable one-seat majority.

“We have confirmed the figures. The DA now governs its first municipality in KwaZulu-Natal with a majority, the uMngeni Municipality. Chris Pappas [the mayoral candidate] has led a very spirited campaign there. We made a clear pitch to the people that they had a choice of the DA or the ANC,” said DA leader John Steenhuisen at the national election results centre in Pretoria on Tuesday afternoon.

“They have decided to give the DA an opportunity. We intend to use this as a beachhead into KZN to start making inroads into other municipalities. Personally, this is a big milestone as I am from KZN and it has never been an easy fight there.

“It has always been a fight between two parties — the ANC and the IFP. And now the DA is in control of a municipality and we are going to be given an opportunity now to show the people of KZN the differences [that can be made] when you have a government that gets things done,” said Steenhuisen.

The win saw the DA increase its percentage voter share from 41% to 47% while the ANC dramatically shed votes, dropping from a commanding 56% to 39.17%.

Besides losing votes to the DA, the EFF picked up the rest, securing 6.93%, up from just 1.37%. The voting station at which the EFF performed best was Nxamalala Islamic School.

The victory for the blue party will see it take control from the ANC, which according to available records has run the municipality since 2000. The municipality has its seat in Howick, along the N3 that connects KwaZulu-Natal and Gauteng.

The council has faced a string of “issues” over the past five years, including three qualified audit opinions from the Auditor-General’s office, allegations of widespread looting and price-gouging in the municipality’s fleet department.

It also has a high vacancy rate in senior management positions. In August, municipal manager Thembeka Cibane was suspended based on a Special Investigating Unit report that she may have irregularly processed the use of R19.5-million in Covid-19 relief funds.

Just last week, the DA accused the ANC-led council of spending R2.7-million on a guardhouse at Curry’s Post Cemetery.

Thirty-year-old Pappas told Daily Maverick that the campaign team was “overjoyed” with the win:

“We have assembled the right team, we have a great plan (local manifesto), we have worked to build trust and sell our vision and we have not been sucked into the national and provincial political narrative.

“We have great volunteers and great capacity. The ANC’s complete failure to change people’s lives for the better also factored in. We listen to voters and we respond honestly and rationally. We did the basics right and we capitalised on the opportunities presented to us.”

Fluent isiZulu speaker Pappas, who is from the KZN Midlands, has enjoyed a rapid rise through the ranks of the party. In 2016 he was a ward councillor in eThekwini and in May 2019 he took up a position at the KwaZulu-Natal Legislature where he led the party’s cooperative governance and traditional affairs portfolio.

While Malema was busy with gossip, insults, and race-baiting, a white young man was speaking to people on the ground about relevant local issues and DA has won the majority vote in a KZN municipality. pic.twitter.com/RtQB9adtOO

Pappas said the party had shown growth in ANC wards, having taken one off the governing party, and had come close to taking a second.

He said the ANC’s period of governance — which involved “cronyism, nepotism and cadre deployment” — had come to an end.

“He is exactly what we need to turn this municipality around.” DM