‘We are being misled’: Mthatha residents burn party T-shirts and posters on eve of poll 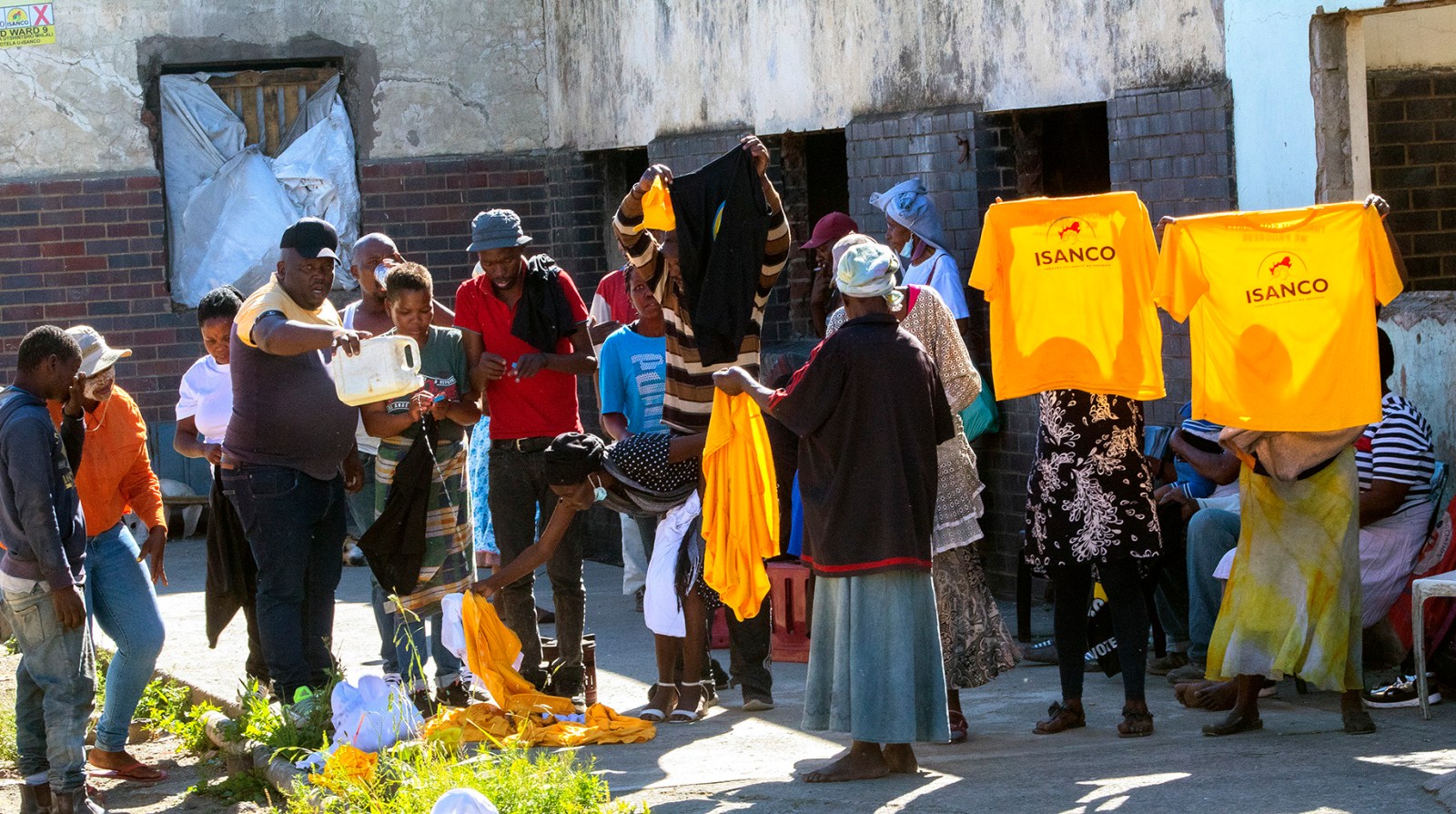 Angry residents of the Soweto informal settlement in Mthatha in the Eastern Cape burnt political party T-shirts and posters, a few hours before the local government elections.

The residents said they are fed up with empty promises by the government and small political parties.

They were evicted from Tipini (dumping site) next to Waterfall Park in 2012. Their shacks were demolished, allegedly by King Sabata Dalindyebo Local Municipality, and they were promised RDP houses – but they are still living in decaying temporary structures in the informal settlement.

A 90-year-old woman, Noki Ngquka, who lives in the Soweto informal settlement, said she feels there are “cursed” people in South Africa.

“We are burning these political parties’ T-shirts because we are being misled by politicians,” she said.

“They are not building us RDP houses and we are tired, and I am doubting if I will vote or not.

“I can’t even see with my eyes because I am old now, but I am still living in these conditions.

“It’s painful that we are paying money to all political parties when they are campaigning but we are not getting any help.”

Sibongile Bantwana (74) said she has been robbed of her right to vote because she is struggling to obtain an identity document.

“I am not going to vote because I do not have an identity document. We are surviving by collecting waste food and plastics, it’s difficult,” she said.

“We are burning these political parties’ T-shirts because we are not seeing any difference.”

Some of the residents of the informal settlement do not have identity documents.

Mthetho Ndlela, the leader of the residents, said they are not going to allow any political parties to play with their emotions.

Ndlela alleged that the Independent South African Civic Organisation and other parties are pursuing them for their votes.

“We are not going to be told which party we should vote for.” DM