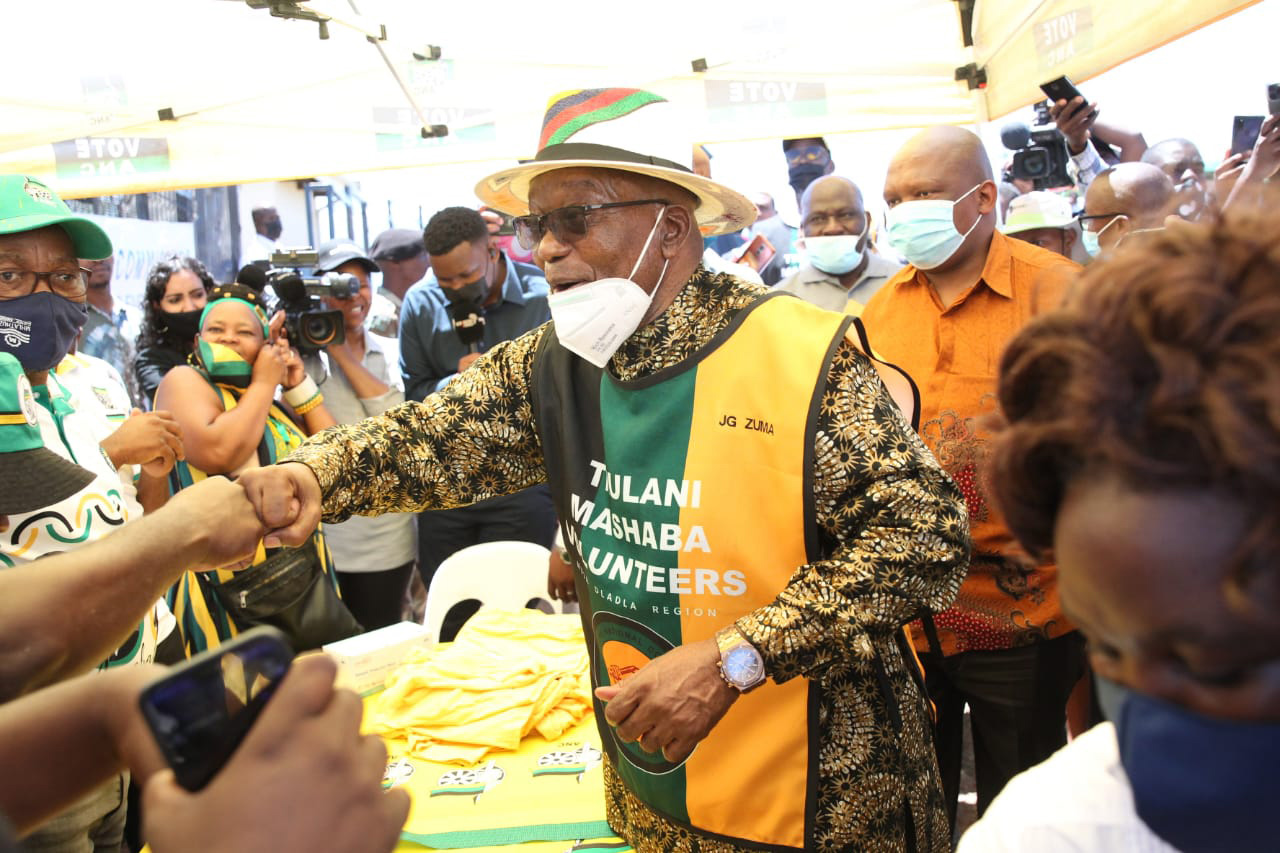 But with polls predicting a possible tight race for the eThekwini Metro, it was not unsurprising that both the ANC – facing the possibility of losing the metro – and the resurgent IFP – desperate to reclaim the metro – laid complaints with the IEC of ballot-box stuffing.

Before 8am on Monday, a senior IFP councillor at the eThekwini Municipality had already made allegations of impropriety at voting stations as citizens started to queue in the hot morning sun to cast their votes in the country’s local government elections.

The IFP observer in question, Ayanda Qwabe, told Daily Maverick that the presiding officer at the voting station investigated the incident and said there was “actually only one box already full”.

“We (IFP), DA and EFF closed the voting station, contacted the police and waited until the police got there. [The IFP] also informed our leader in the city (Nkosi), who informed the IEC,” said Qwabe.

However, it is unclear just how serious this matter may be, with local DA councillor Johnson Chetty telling Daily Maverick: “Well, if it did happen, it happened before I got there. What I do know is that now the station is up and running and everything is okay.”

The IEC’s KZN communications officer, Thabani Ngwira, said no such incident had been reported to the commission.

Nkosi also told Daily Maverick that an IFP candidate councillor in Ward 1 (KwaXimba, Cato Ridge area) and a group he was travelling with were “attacked” on Monday morning.

The candidate councillor, Mfanafuthi Zungu, said he was travelling with nine other party agents when the vehicle they were in was stoned.

Zungu said the group pressed on and arrived at the KwaXimba hall where they were “physically hurt by people in ANC regalia”.

He said the group tried to report the incident to the police, but it seemed “the police knew [the attackers]”.

“The presiding officer asked the police what they were doing [at the voting station] and [our] complaints amounted to nothing. [We] were told [we] would be killed if [we] were there by sunset, so [we] withdrew our party agents,” said Zungu.

Ngwira said the IEC had not received any reports of the alleged attack.

Police had not responded to Daily Maverick’s enquiries about this alleged incident, or the alleged Waterloo incident, at the time of publication.

The ANC went on the offensive on Sunday night, saying in a statement it had noted “several acts of gross misconduct and vote-rigging” by Electoral Commission of South Africa (IEC) officials during Saturday’s special voting process.

According to provincial ANC spokesperson Nhlakanipho Ntombela, “an IEC presiding officer was caught openly rigging votes in Ward 93 at uMbumbulu” in eThekwini.

“The official was caught red-handed while stuffing marked ballot papers into a ballot box.”

Ntombela said ANC party agents “apprehended” the official, and the matter was reported to his superiors and law enforcement.

The IEC had already confirmed this incident, and said the presiding officer had been arrested and police were investigating.

DA eThekwini caucus leader Nicole Graham told Daily Maverick that from her report-backs voting was going “really well”. The DA is the opposition in eThekwini.

“We had some problems with slow starts at some voting stations, but mostly it was smooth. There have also been some issues with the IEC allowing people to vote who are not registered to vote in a particular voting district, but that has mostly been sorted out. There have also been incidents of people only being allowed to vote on one ballot, which is not correct. We are feeling positive and enthusiastic as the DA.”

According to the provincial IEC, voting station “issues” were reported on the South Coast, in the Northern Zululand region and in greater eThekwini.

There have also been reports of voting stations not having all necessary resources delivered by the time polls opened.

MEC7s are used for citizens who don’t appear on the voters’ roll even though they registered in a specific ward and are able to prove it.

“I have to say the IEC was not ready for these elections, at least here in Ward 77. The biggest problem we had in the morning was the lack of MEC7 forms. We had three cases of people who needed them before they eventually arrived, around 9am,” said Gumede.

She said the voting station did not have stationery or personal protective equipment.

“Things like pens, rulers and the overall PPE equipment didn’t arrive. But we’re managing under the circumstances and we haven’t had cases of fraud or attempts. Aside from the issues I’ve listed, everything else is going smoothly.”

According to the provincial IEC, voting station officers were “not comfortable working at the voting station” in KwaNyavu (Mkhambathini Municipality) where the traditional leadership dispute was taking place, since they lived in the area and were feeling “unsafe” after receiving threats.

“To resolve the situation, the IEC swapped staff around by sourcing personnel who reside outside of the area to conduct voting station operations”.

Road blockages were also experienced in Ward 15 in Jozini Municipality. The SAPS and the municipality helped clear the roads and by 9am the last voting station at Ludaka Primary School was opened.

In KwaMaphumulo’s Ward 3 voting station at Elungeni Primary School, gates to the station were locked by residents and the police had to break the lock.

A voting station had also been broken into overnight in eThekwini’s Ward 14, according to the provincial IEC. Voting station officers had left the voting station prepared for Monday. “Everything was vandalised, however it was only bulk material, which is voting compartments, ballot boxes and tables.” DM